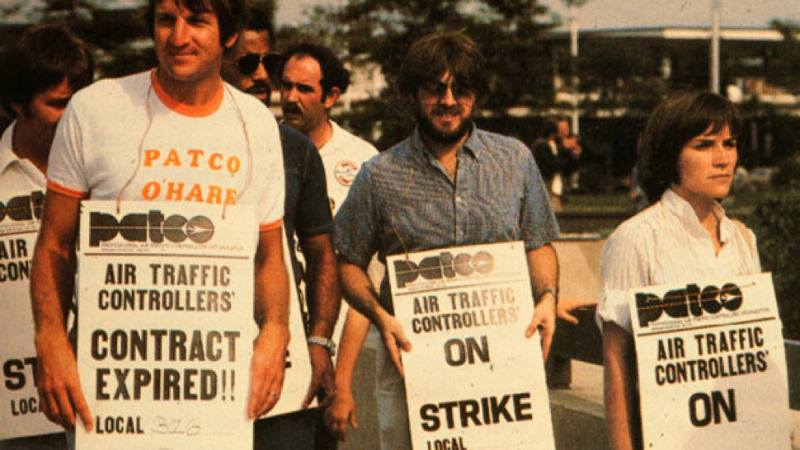 Aug. 4, 2017 // Remembering the Strike that Defined the Future of Labor and Aviation: NATCA recognizes brave PATCO brothers and sisters on 36-year anniversary

Thirty-six years ago, our union brothers and sisters took a remarkably brave and honorable stand for our profession and the safety of the National Airspace System (NAS). On Aug. 3, 1981, after 95 percent of its members rejected a contract the Federal Aviation Administration (FAA) had offered five days earlier, the Professional Air Traffic Controllers Organization (PATCO) decided to strike for safer work conditions, reliable equipment, adequate staffing levels, and fair work and pay rules.

Nearly 13,000 controllers – about 85 percent of the union’s membership and 79 percent of the workforce – honored the picket line. Two days later, President Ronald Reagan fired all striking controllers. This was a terrible betrayal by Reagan who during his 1980 campaign had pledged to “take whatever steps were necessary to provide our air traffic controllers with the most modern equipment available and to adjust staff levels and work days so that they are commensurate with achieving a maximum degree of public safety.”

About 875 controllers returned from the picket line to work before the firings, but 11,350 PATCO members stayed out and subsequently lost their jobs. According to the Department of Transportation, U.S. controller staffing dropped 74 percent from 16,375 to about 4,200. It’s tough to imagine the difficult choice these men and women faced. They risked their salaries and ended up giving up their careers to defend a profession they loved. The costs to many of them and their families were profound and lasting. Decades later, we honor their sacrifice, their commitment to our profession, and their bravery in fighting for union principles.

The thousands of new controllers that entered the workplace during the next few years encountered the same poor working conditions and substandard equipment that had made the job so brutally difficult for their PATCO predecessors. These concerns would not be addressed until the federal government allowed controllers to organize once again.

Controllers, who faced threats of additional firings, met secretly and organized a new collective voice for our profession, what would become NATCA. The bargaining rights of NATCA’s founding members were officially recognized when our Union was certified on June 19, 1987, as the exclusive bargaining unit representative for FAA controllers by the Federal Labor Relations Authority.

History teaches us if we are willing to learn from it. NATCA is the union it is today, because our founders never forgot the great legacy of PATCO. NATCA must continue to reach out and educate our newest members, so they understand what came before. We must not take our jobs or our union rights for granted.

On this important anniversary, we ask NATCA members to join us in remembering our PATCO brothers and sisters. We continue to be deeply humbled by their solidarity and commitment. We honor them by continuing their legacy of protecting our profession and the NAS. We must fight every day to ensure the rights of NATCA members are always protected.