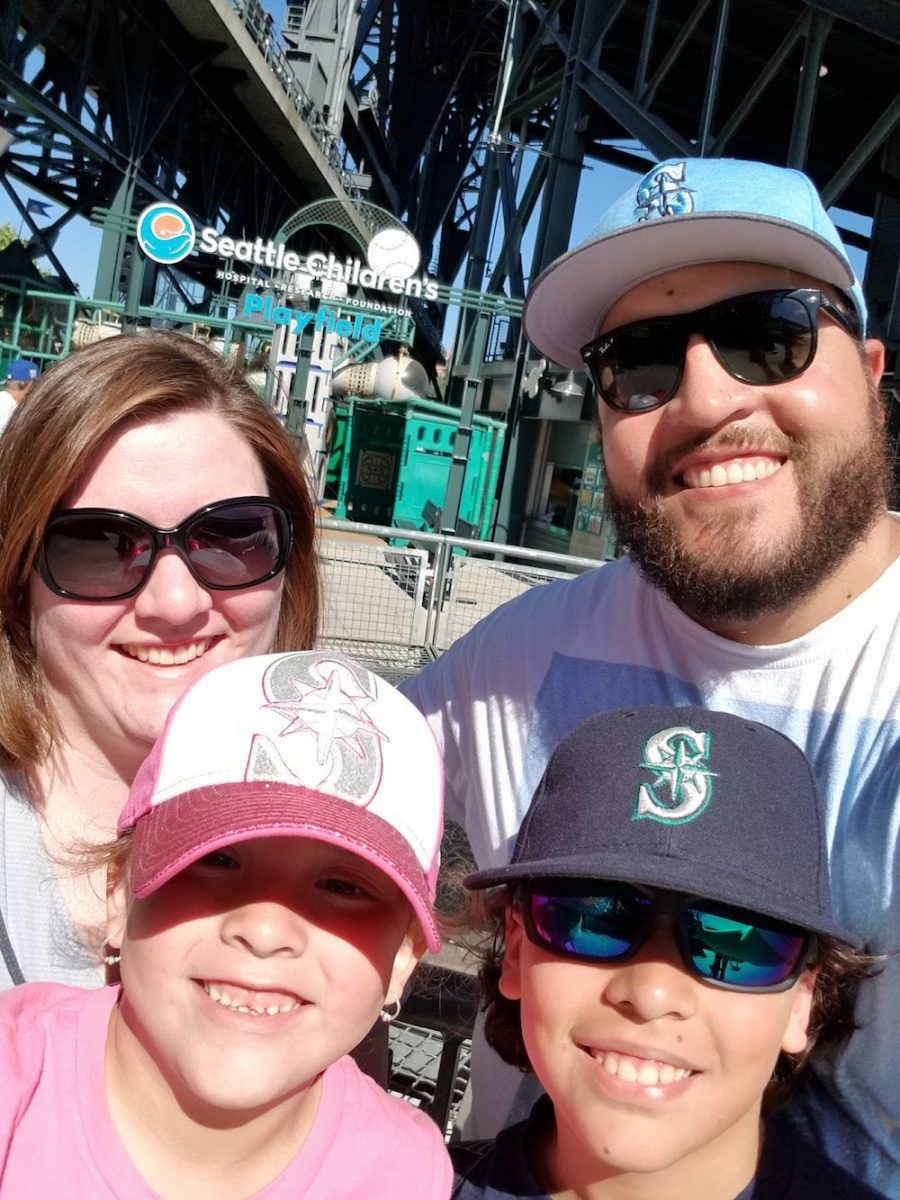 NATCA/FAA career: I started as a controller in the Air Force on January 7, 2007. I had a stint with a Serco, Inc. Federal Contract Tower, and joined NATCA and the FAA in 2008. I’m better known as “Sam’s Husband” in NATCA circles and life in general.

Born and raised, other places of living: I was born in East Los Angeles, Calif. I was an Air Force military family brat raised overseas from eight to 18 years old. I’ve lived in Turkey, Panama, and Japan.

Family: Samantha Navarro (Seattle ATCT FacRep) is my wife, and we have two crazy children: Tomas, 1, and Mariana, six. We also have the greatest mother-in-law/roomie, Barbra Weaver.

Q: How did you become a NATCA member?
A: I signed on the dotted line right when I came through the door.

Q: How did you get involved and what are you involved in with NATCA?
A: I stepped up to become Treasurer at Seattle Approach in 2009 at the urging of my peers and haven’t been able to say no since. I’m currently serving as Vice President at Seattle Center (ZSE), Washington legislative State Coordinator, LEAP (leadership experience acceleration project) Instructor, and as a DAC (drug and alcohol committee) member.

Q: What made you decide to take on leadership roles within NATCA?
A: During the Hawaii NATCA Convention, I had a lot of NATCA questions and a lot of eager NATCA veterans were around to answer them. They inspired me. There are so many brothers and sisters sacrificing for others that I couldn’t sit on the sidelines.

Q: What was it like to be presented with a regional legislative award at NATCA in Washington this year?
A: Very humbling and unexpected. I am very grateful for it.

Q: Out of all your involvement within NATCA, what speaks to you the most?
A: My involvement in LEAP. To be able to call the other LEAP instructors (Jim, Mike, Drew, Eddie, Jamal, and Paul) peers, and to help facilitate a class in which everyone in attendance are some of the best, brightest, and hardest working that NATCA is fortunate to have, is very humbling and educational.

Q: Has there been a favorite moment for you while at NATCA?
A: Every time I’ve been elected or selected for a position. It’s an honor and a privilege to know my peers had enough faith in me to place me into a role to represent them.

Q: Do you have any advice/tips/messages for members who would like to get involved?
A: Read your emails, get educated, and, if you can, give back with participation. Apathy is our greatest obstacle and given our current political climate, something we can’t afford to be stalled with.

My favorite band is: Korn
My favorite quote is: “We must always take sides. Neutrality helps the oppressor, never the victim. Silence encourages the tormentor, never the tormented.” – Elie Wiesel
My celebrity crush is: The current Seattle Tower FacRep.
I have a major phobia of: Having to pick where we’re going to eat.
I absolutely cannot stand: What social media has turned us into.
My specialty meal to cook is: Ribeyes.
If I could pick four people to have dinner with, dead or alive, I would choose: My dad, President Obama, Elie Wiesel, and Prince.
My biggest pet peeve is: Full opinions on a fraction of information.
My favorite comfort food is: My mom’s Arroz con Pollo.
My favorite book I could read over and over is: Batman: The Dark Knight by Frank Miller
The best place I’ve ever travelled to was: Three-way tie between Turkey, Panama, and Japan.
My favorite sport is: Basketball.
My father always told me: Use some initiative. Don’t wait for someone else to come around and do something.
My favorite type of aircraft is: H/C-17.
If I could have a theme song, it would be: Low Rider by Korn.
My favorite sports team that I live and breathe is: Oakland/Las Vegas Raiders.
The funniest movie I have ever seen is: The Jerk or Blazing Saddles.
The strangest food I have ever eaten is: One roasted cricket at a Mariners game.
The one chore I absolutely hate doing is: Dishes.
The one thing that always makes me laugh is: My kids.
Candy or Chocolate? Chocolate.
Dogs or cats? Dogs.
NFL or NCAA Football? NFL.
In my spare time, I enjoy: Gaming.