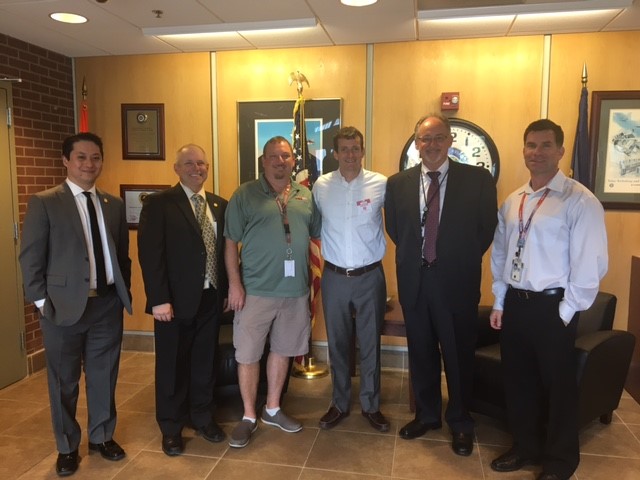 Republican Congressman Trey Hollingsworth, who represents the 9th District in Indiana, visited Louisville ATCT (SDF). NATCA thanks Congressman Hollingsworth for his interest in the National Airspace System (NAS) and his support for those who keep it running.

Democratic Congressman Ami Bera, who represents the 7th District in California, toured Northern California TRACON (NCT), accompanied by several members of his staff. NCT FacRep Steve McCoy and NCT Air Traffic Manager Don Kirby escorted him during the visit. NATCA thanks the Congressman for his interest in the NAS and his support for those who keep it running safely and efficiently.

In the photos below: Congressman Bera is in a dark suit jacket. McAuley is in the tan pants and blue polo. McCoy is the other man in a blue polo in photos between the Congressman and his District Director Matt Ceccato. Kirby is in a blue dress shirt. 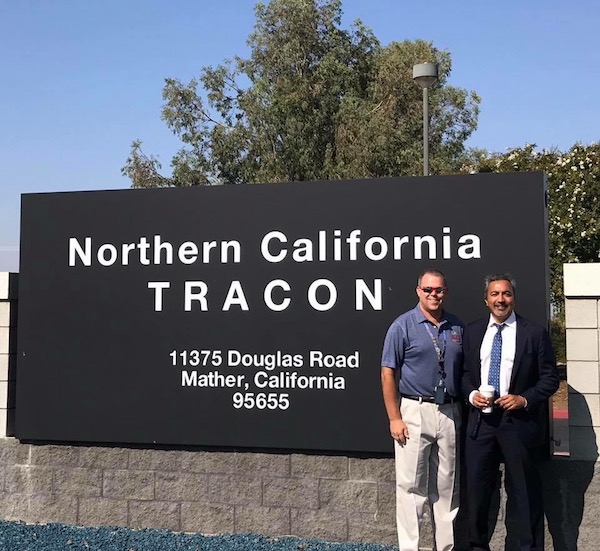 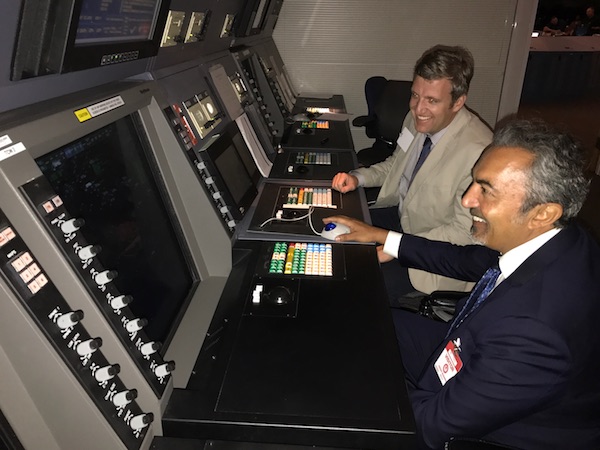 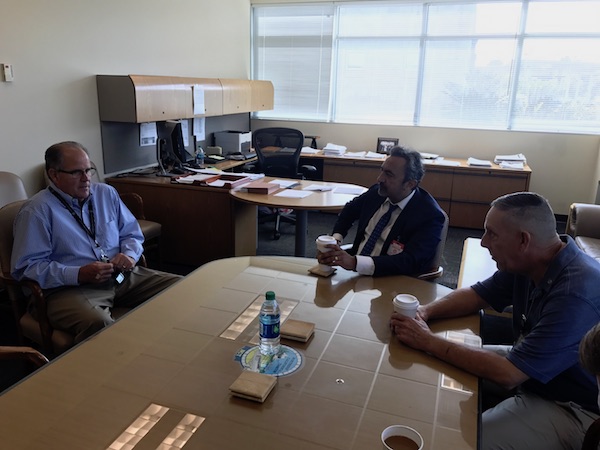 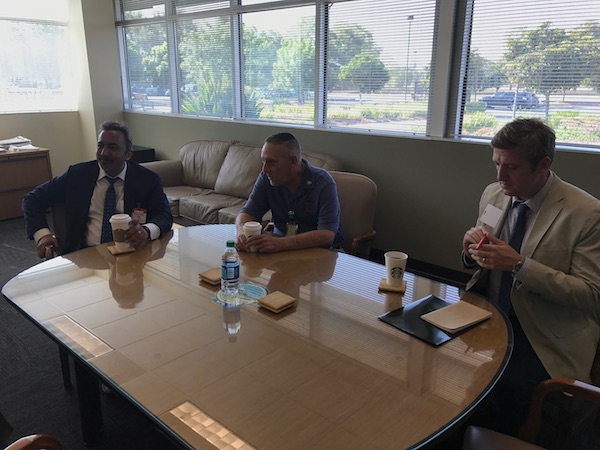 “We got a chance to speak with nearly the entire R.I. delegation and many members of the state legislature,” said Jean.

They discussed staffing, funding, and the recent potential attacks on retirement benefits.

Pictured below are Congressman Whitehouse, Meadows, and Jean. 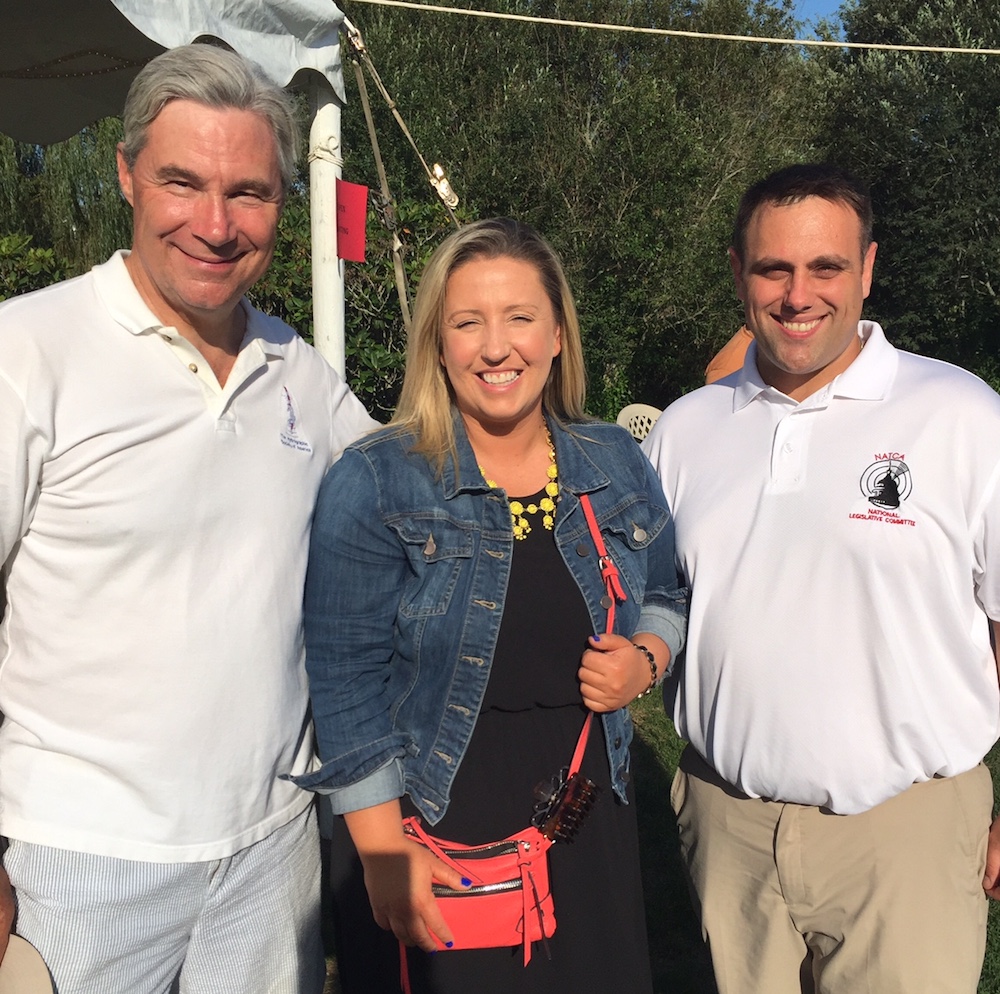 Republican Congressman Dave Reichert, who represents the 8th District in Washington, visited with NATCA members and learned about the Federal Aviation Administration staffing crisis. Potential changes to federal employee retirements (being discussed in the U.S. House of Representatives as part of the FY18 federal budget negotiations) could have adverse effects on those who keep the NAS System running.

NATCA thanks the Congressman for his support. 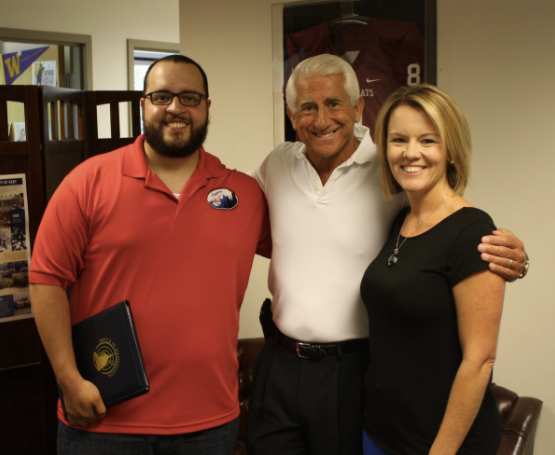 Representatives from the office of Republican Congressman Drew Ferguson, who represents the 3rd District in Georgia, and the office of Republican Congressman Austin Scott, who represents the 8th District in Georgia, toured Atlanta Tower (ATL) last month. Legislative Director for Rep. Ferguson, Mary Dee Beal, and Legislative Assistant for Rep. Austin Scott, Craig Anderson, were joined by ATL NATCA VP Blake Locke, who lives in Ferguson’s district, and ATL Tower NATCA Legislative Rep Jenny Chhetri. The tour included the catwalk and an overview of the airport layout, as well as the facility’s control area and workspace.

During the tour the group also discussed the ongoing staffing crisis. The group also talked about the adverse effects that potential changes to federal employee retirements could have on those who keep the National Airspace System running.

NATCA thanks Representatives Austin Scott and Drew Ferguson for investing resources and time into learning about air traffic controllers and the importance of their role maintaining the NAS.

Pictured from left to right: Beal, Locke, Chhetri, and Anderson. 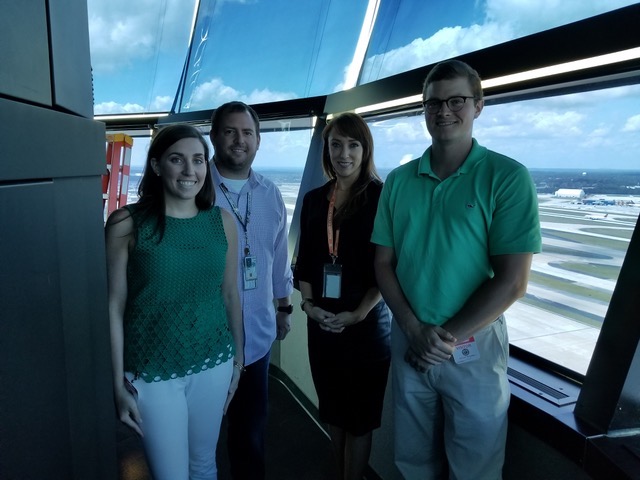 “King has been a friend of NATCA for many years and was very impressed to see what we do here at the Center,” Romano said. “He was very receptive to our concerns about potential for proposed legislation to negatively affect federal retirements and the effect that would have on the staffing, which is at a 28-year low.”

NATCA thanks Congressman King for his support for our nation’s aviation safety professionals and the vital role they play maintaining the NAS. 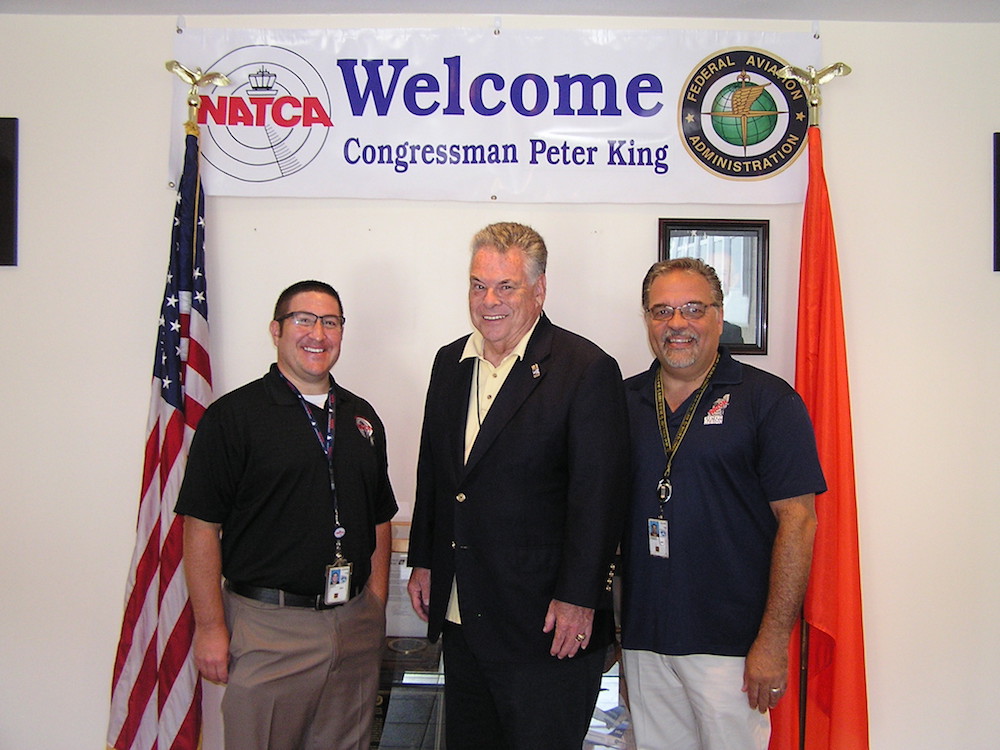 Seema Ibrahim of the office of Congressman David Scott, who represents the 13th District in Georgia, toured Atlanta Tower (ATL) last month. She was accompanied by NATCA ATL FacRep Paul Stearns, who discussed with Ibrahim the developments of NextGen, unmanned aerial vehicle procedures, and the controller staffing crisis.

NATCA thanks the office of Rep. Scott for taking the time to learn about the vital role of our nation’s air traffic controllers.

Pictured from left to right are Stearns and Ibrahim. 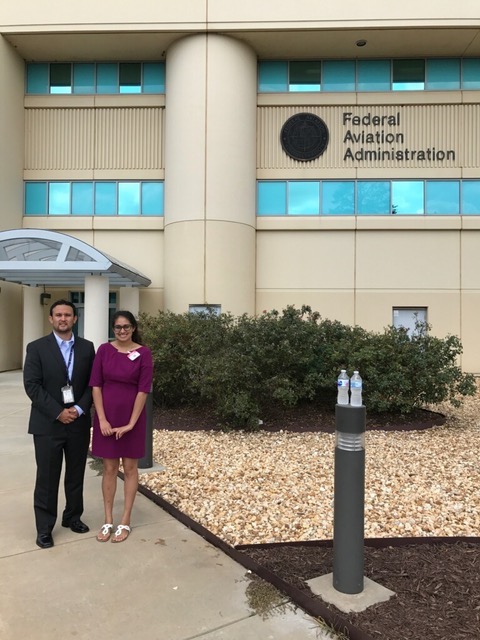 “The Congressman came in ready to ask about our staffing situation, NextGen, and FAA reauthorization and reform,” ZJX FacRep Mike Koffarnus said. “It was clear that the legwork done by local NATCAvists at NATCA in Washington had paid off to educate him about our issues. North Florida Legislative Coordinator Paul Behan (ZJX) was able to build on his knowledge of what would happen if Congress eliminated the FERS supplement.”

Congressman Rutherford got to see first hand both the hard work it takes to train to become an air traffic controller, and the work that NATCA members put in every day to keep the National Airspace System operating as safely and efficiently as possible.

“It was eye opening to him to see just how many people are working to get such a large amount of aircraft from departure to destination,” Koffarnus said. “He was truly impressed with what goes on at ZJX. It was our pleasure to host Congressman Rutherford and showcase the hard work that we do.” 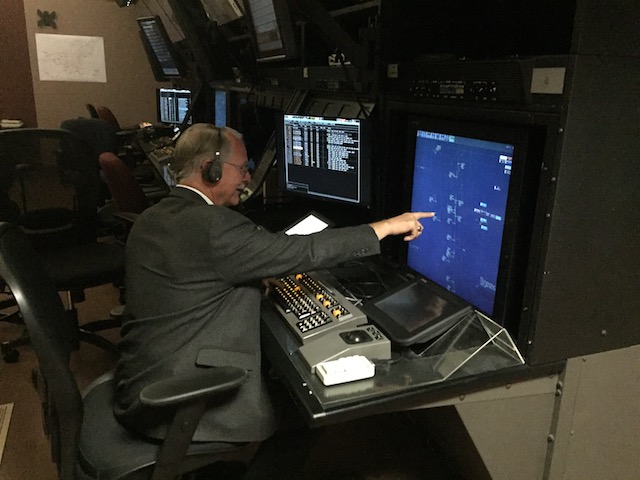 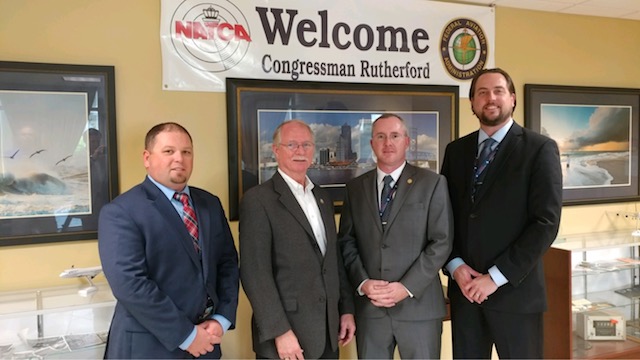