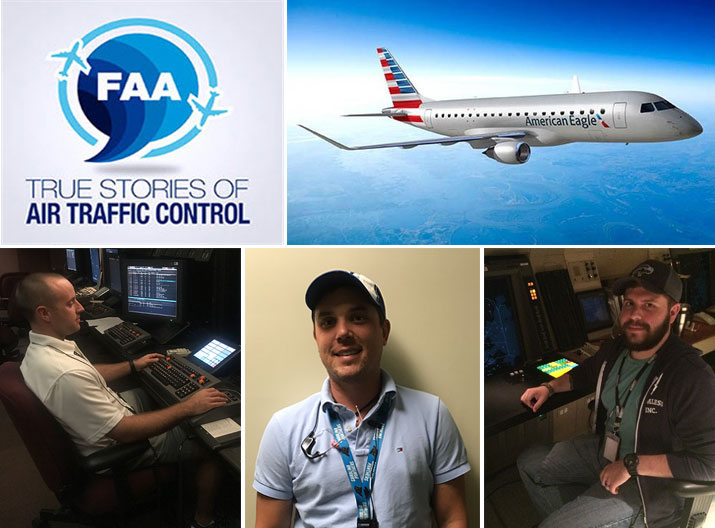 A version of this story was previously published by the FAA.

On June 21, a PSA Airlines Canadair CRJ-700 en route from New Orleans to Washington National, with 65 passengers and four crew members on board, had just reached cruising altitude when the crew reported cabin depressurization.

Over the next 25 minutes, as the situation grew more severe, the crew depended heavily on the expertise of air traffic controllers at Atlanta Center (ZTL) and Montgomery Tower (MGM) to guide them to safety.

ZTL initially diverted the flight to MGM when the pilot declared the emergency, but when things got worse, he ultimately decided to land at the closer Selma Airport in Alabama, an uncontrolled airport 30 miles west of Montgomery.

“I don’t think I even had my scope set at that point,” he said. “The pilot reported cabin depressurization and needed to get down. I gave him altitudes, but he never read them back. I thought he had passed out.”

The interruption in communication turned out to be an electrical issue, and Harvey was able to re-establish communication with the pilot, who then reported that a passenger was unconscious. This need for medical personnel further complicated the situation. Harvey gave him headings to a nearby Air Force base and to Montgomery, and the pilot chose Montgomery.

At this point, Harvey passed the flight to his colleague, James Hossenlopp, who was working the Montgomery Low Sector. Hossenlopp helped the pilot descend to 14,000 feet, through dense cloud cover and rain. During the descent, things got worse before they got better, as the pilot reported smoke in the cockpit and overheated brakes.

While Hossenlopp advised the pilot, Harvey had moved to the controller-in-charge position and worked closely with air traffic personnel at MGM.

“The pilots were low on oxygen as they were coming down, and James remained very calm throughout the situation,” said Dan Jones, Quality Control Manager at ZTL. “With the pressurization coming down, they actually had the two other emergencies. His coordination with the pilots and Montgomery approach was outstanding, and his calm demeanor helped as well.”

Jones added that weather dissemination is part of the joint FAA-NATCA Take a Stand for Safety campaign, and both Harvey and Hossenlopp not only issued weather to the emergency aircraft, but also to other aircraft in their sectors.

When the aircraft reached 14,000 feet, Hossenlopp handed it off to Montgomery approach controller John Leslie, a recently certified controller who was assisted by 25-year controller Lee Watson on the south radar position. At Montgomery Tower, the same level of professionalism continued, as the team worked together to get the plane right on course for a safe landing at Selma Airport.

“It was kind of all hands-on-deck,” MGM Air Traffic Manager Shawn Roberts said. “We have a buzzer in the TRACON, and if someone hits it, we all go where we need to go. I was proud of the calm professional atmosphere in the TRACON during a tense situation. Having all personnel wanting to help just makes me proud of the environment we have here.”

With the airplane crew anxious to get the plane to the ground, Leslie forwarded all of the Selma Airport and weather information, and MGM Operations Supervisor John Grablin monitored the emergency and handled the coordination with local fire and rescue personnel at the airport.

The pilot was unaware that Selma had an uncontrolled tower, and he reported that he did not have the approach procedures. Leslie gave them the necessary info, including runway length, read them the altitudes and fixes, issued Pilot Weather Reports containing bases and ceilings for the clouds, and vectored the plane for final approach.

“Our guys do a really good job of soliciting pilot reports (PIREPS), which are a high-priority issue at the FAA right now,” Roberts said. “Professionalism definitely is the key and it led to a great outcome in this case.”

MGM lost contact with the plane at about 500 feet, but fortunately Roberts had the Selma manager’s cellphone number and called him to confirm the plane landed safely.

Only one minor injury was reported as a result of immediate evacuation through the overwing doors upon landing. Medical professionals were waiting to aid passengers and the local fire crew to handle the smoke. Oxygen masks had been deployed in flight and likely prevented further injuries.

“This was a situation that could have been bad, but it turned out good,” Harvey said. “There was a lot of teamwork. We had the right people in the right spot at the right time, and it worked out well.”