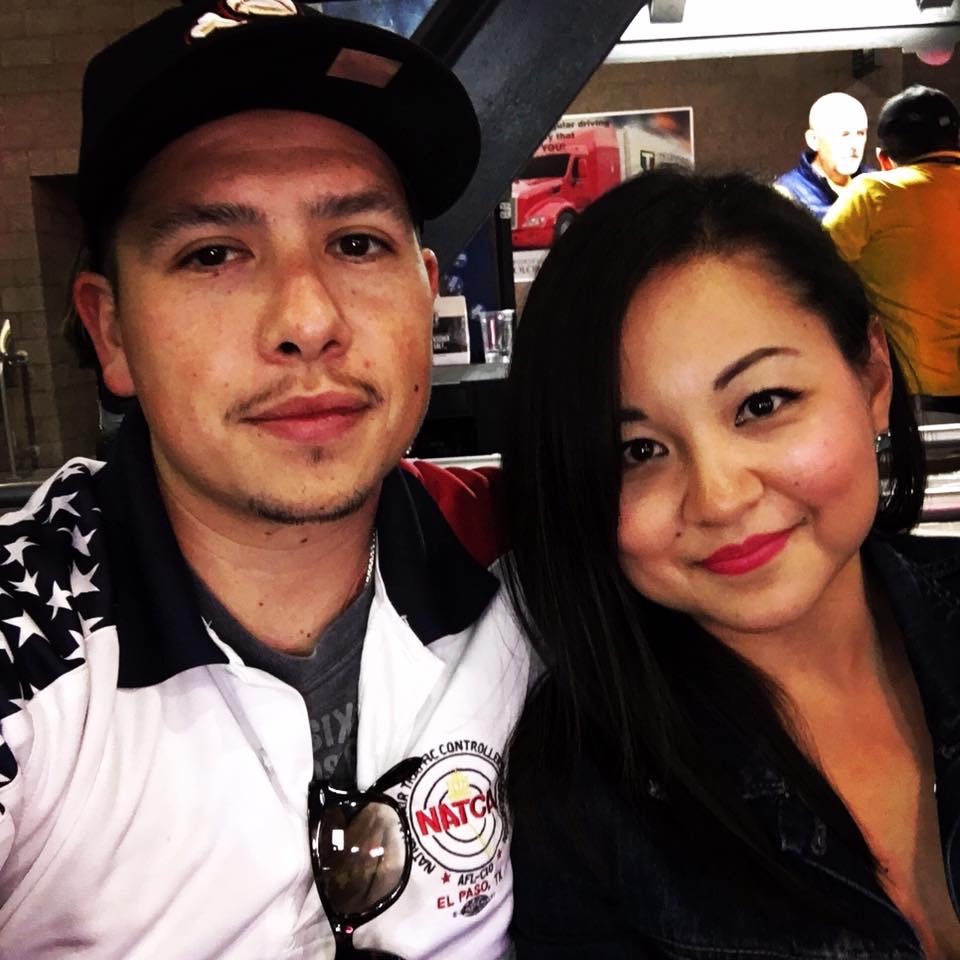 NATCA/FAA career: I started with the FAA in August of 2009, working in my hometown of El Paso, Texas, at El Paso Tower (ELP). I’ve been a NATCA member since I began with the FAA.

Born and raised, other places of living: I was born in Juarez, Mexico, and immigrated to this country as a young child. My parents met, fell in love, and after they married we moved to Chicago, where my father is from. We then moved to what I consider my hometown of El Paso, Texas. During my time in the Army I have also lived in Troy, Ala., and I spent enough time in Salerno, Afghanistan, to call it home.

Education: I am in my final year of my Undergraduate Studies at the University of Texas at El Paso (UTEP). I am double majoring in Marketing and Finance.

Family: I’m married to my best friend, Rosanna, who is a beautiful, intelligent, and an incredibly hard working and supportive woman. She makes all my union work possible. We have two young children, Luke and Leia (yeah, we are those parents). We also have three pups: Kurt Russell Terrier, Kwazi, and Hemi.

Q: How did you become a NATCA member?
A: I was fresh out of the Academy and walked into the facility and was handed a form to join a few weeks later. I attended a couple meet and greets while in Oklahoma City, but still wasn’t familiar with what a union was or what it did for the members. Although that was the norm at the time, I’m happy to say that atmosphere has long died at ELP. We have created an environment that revolves around educating our membership and empowering them to become involved in our great Union. ELP’s awesome FacRep, James Gallegos, and I personally meet with each and every new member and explain to them the structures of NATCA from the top on down, and help educate them to the importance of having a collective bargaining agreement, as well as how to use it. That same personal approach has helped ELP recently become a 100 percent NATCA facility.

Q: How did you get involved and what are you involved in with NATCA?
A: My work with NATCA began in the legislative arena. I had just completed some of my basic studies in college, primarily Texas and U.S. history, and found that I really enjoyed learning about the processes that our elected officials take when creating and passing laws. NATCA in Washington was taking place right after the end of the semester and I volunteered to attend. It took all of about five minutes after being in D.C. for me to know that this was what I wanted to do within our union.

After I returned home, I was made the Legislative Representative for ELP, and two years later became a Texas State Legislative Rep. Having the opportunity to create relationships between our members and our elected officials on behalf of NATCA has been an honor that I don’t take lightly. I also have the privilege to serve as my facility’s Recurrent Training Rep, and as the Southwest Region’s Rep on the National Organizing Committee, which is responsible for internal and external organizing among NATCA’s many different lines of business and bargaining units.

I have been extremely fortunate to have some amazing mentors along the way (shout out to Jeff Beasley, Corey Soignet, John Bratcher). Their knowledge, experience, and friendship has truly made me a better NATCAvist. My successes are a testament to their example.

Q: What made you decide to take on leadership roles within NATCA?
A: I served in the Army for five years, and although enlisting remains one of the best decisions I’ve ever made, it left me with a desire to find a way to improve my working conditions. I found that avenue within NATCA. I truly believe that any significant positive change that has occurred within the FAA in the past three decades has been through the work of our Union.

The most challenging part of legislative work is navigating the red tape in Washington. I have found that progressive change is often wanted and needed, but many people either don’t want to come together to work on important issues or don’t know where to begin. I obviously have my own personal politics, but I have learned to balance them to become the bridge of bipartisanship among the offices that I serve. Finding common ground with those you may not feel you share idealistic beliefs with is crucial to improving the National Airspace System (NAS). At the end of the day our ultimate goal is improving aviation safety, and who isn’t on board with that?

Q: What was it like to be presented with a regional legislative award at NATCA in Washington this year?
A: I was left speechless, and anyone who knows me can understand that isn’t an easy task. I was overwhelmed with pride to be selected for an award that any one of my fellow NATCAvists deserved to have taken home.

Q: Out of all your involvement within NATCA, what speaks to you the most?
A: Without a doubt, it has to be our commitment to safety. As air traffic controllers, safety is the only product that we manufacture, and we do it better than anybody else in the world. Our successes as a Union are due directly to the fact that we refuse to compromise when it comes to safety, and that gives us the credibility needed to advance our profession.

Q: Has there been a favorite moment for you while at NATCA?
A: My favorite times are always those when I get to work alongside some of my oldest friends from the Army. It brings me pride to continue to serve my county in a different capacity with those who I served in the military with. They know what true camaraderie is and they help cultivate it within the fabric of NATCA. Over the years, I have also been fortunate to make some amazing new friends who share the same passion and drive that is required to improve the NAS and better NATCA.

Q: Do you have any advice/tips/messages for members who would like to get involved?
A: Know yourself and your limitations, and use your talents wisely. There is a place for everyone within this union to succeed.

My favorite band is: Incubus.
My favorite quote is: “I am the master of my fate, I am the captain of my soul.” From Invictus, a poem written by William Ernest Henley.
My celebrity crush is: Salma Hayek.
I have a major phobia of: Joints bending in the opposite direction!
I absolutely cannot stand: People who complain about everything, yet do nothing to fix the situation.
My specialty meal to cook is: Smoked ribeyes.
My local hotspot is: My barbershop – Chuco Barbas…look it up!
If I could pick four people to have dinner with, dead or alive, I would you choose: Michael Jordan, Tupac Shakur, Ernest Hemingway, and Cesar Chavez.
My biggest pet peeve is: When someone squeezes toothpaste from the center of the tube.
My favorite comfort food is: Tacos.
My favorite book I could read over and over is: The Old Man and the Sea.
The best place I’ve ever travelled to was: My mother’s hometown of Tepehuanes, Durango in Mexico. It was awesome to see and learn about my heritage where it all began.
My favorite sport is: Football.
My favorite type of aircraft is: P-51 Mustang.
My favorite sports team that I live and breathe is: Chicago Bears.
The funniest movie I have ever seen is: Dumb and Dumber.
The strangest food I have ever eaten is: Czarnina- Polish duck blood soup.
The one chore I absolutely hate doing is: Dishes.
The one thing that always makes me laugh is: Dad jokes.
Best joke you’ve ever told/heard? One of fav’s: How do you make a tissue dance? Put a little boogie in it!
Candy or Chocolate? Chocolate.
Dogs or cats? Dogs, no doubt.
NFL or NCAA Football? NFL.
In my spare time, I enjoy: Mountain biking, hunting, and coaching baseball.