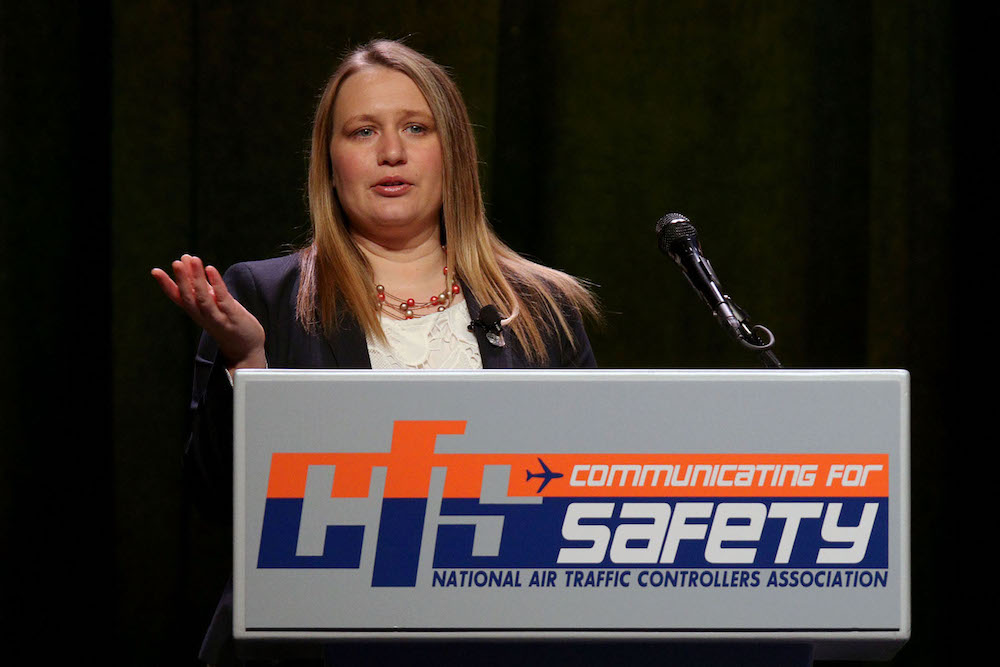 The forum raised awareness of runway incursions — defined as the incorrect presence of an aircraft, vehicle, or person on a runway — and other safety issues. It promoted and facilitated dialogue among government and industry officials to better define such issues and determine how to effectively address these issues to improve safety.

NATCA Runway Safety Rep Bridget Gee participated on an air traffic control panel and a roundtable discussion. Both panels brought together aviation safety experts from across the industry, including representatives from airlines, pilots associations, the Federal Aviation Administration, and other government agencies.

During her panel discussion and during the forum, Gee explored mitigation and prevention strategies for runway incursions.