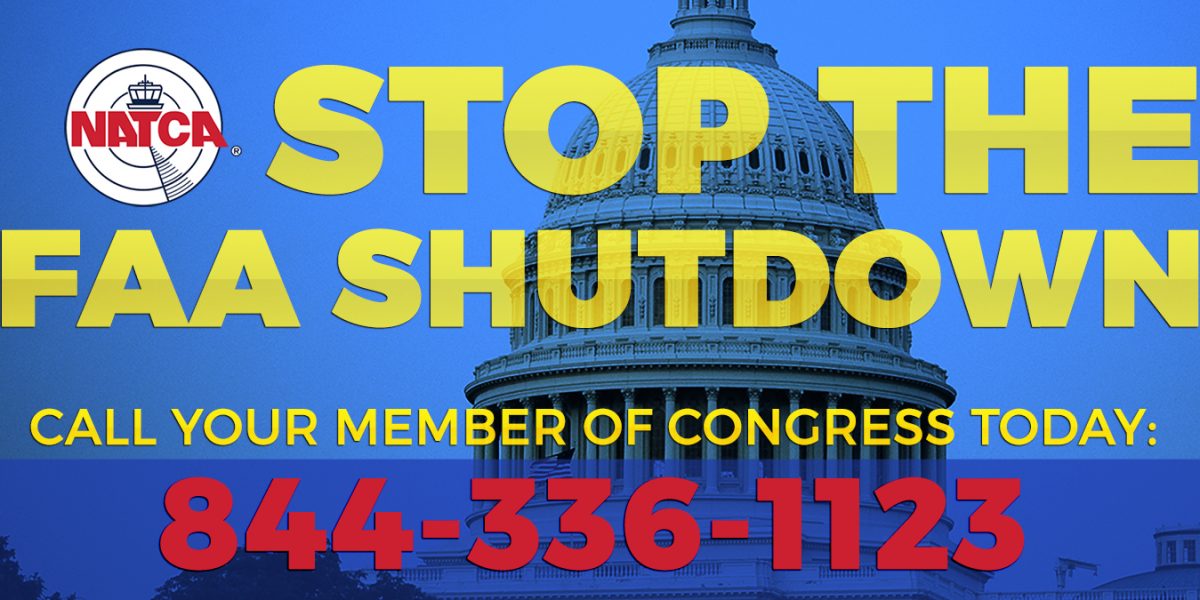 Congress is currently working on a short-term extension to Federal Aviation Administration (FAA) authorization. Congress must reauthorize the FAA by this Saturday, Sept. 30, and the President must sign it into law for the Agency to continue to operate and spend appropriated funds out of the Airport & Airway Trust Fund (Aviation Trust Fund).

As Congress continues to play political chicken with FAA reauthorization legislation by fighting over issues that are unrelated to aviation and our National Airspace System (NAS), NATCA encourages you to call your members of Congress to tell them that further delay is unacceptable.

You can join us and make a difference during this critical time by calling your members of Congress. To participate, NATCA members should call (844) 336-1123 to be connected to their lawmakers’ offices. These calls should not be done during duty time, from a government facility, or using government furnished equipment, telephones, or cell phones.

When calling these offices, you should:

As this week unfolds and we gather more information, we will update you with news about FAA authorization. In the meantime, we encourage you to make these calls as soon as possible.

In the event that an extension is not passed by Sept. 30, NATCA is working with the FAA on a procedural Memorandum of Understanding (MOU) to go along with the existing Furlough MOU and Questions and Answers that appear in Appendix P-4 of the Slate Book. The Appendix P-4 MOU applies to all NATCA BUEs in the FAA regardless of contract.

The NATCA National Executive Board