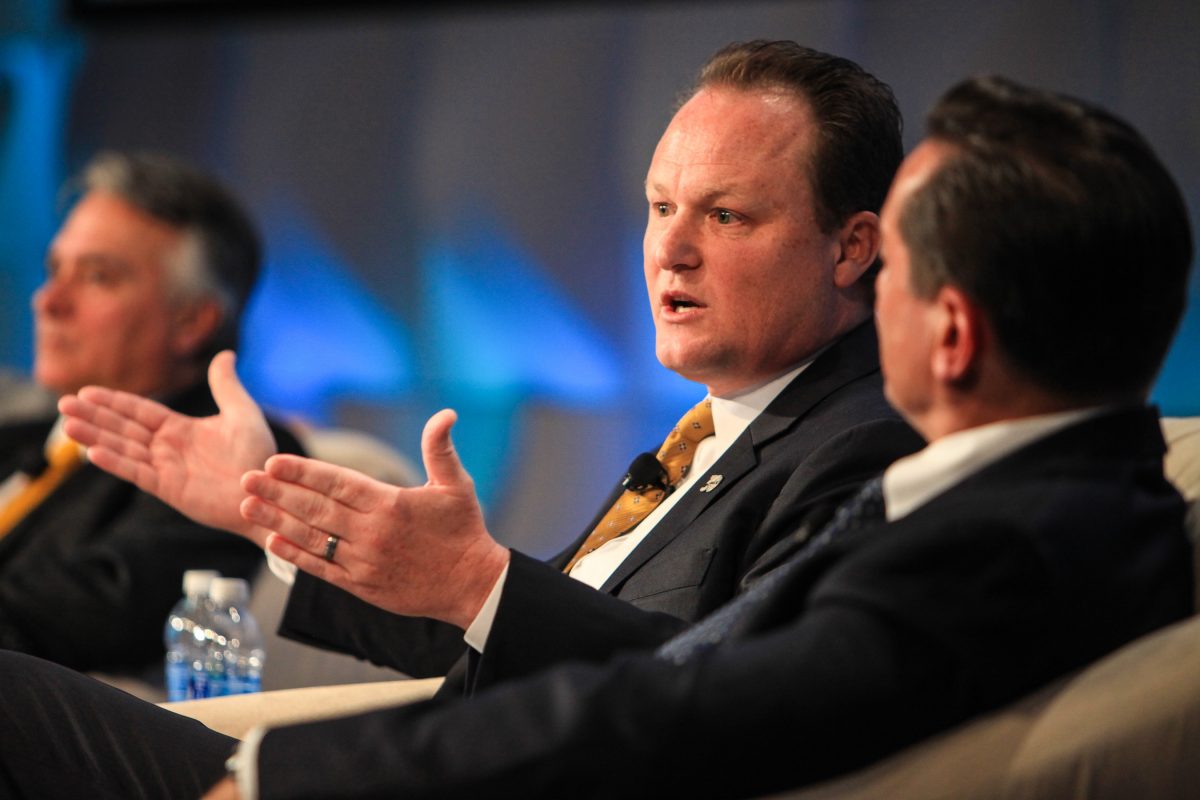 Woods explained that space-based ADS-B surveillance is just one piece of a bigger puzzle within the National Airspace System (NAS) and that the most important thing when looking at major shifts in the use of technology is having the ability to come together with different opinions, and leave conversation with the best possible product.

When looking at a shift to space-based surveillance, Bertapelle explained that it’s about current capability, and how that will be different in the future. He also explained that a culture change would have to go with any technological shift.

Storm said DOD is unique within the NAS when it comes to surveillance because DOD needs to be able to turn it on and off to fulfill its security and defense mission. This requires technological capability to be built into the system from the ground up to ensure all concerns are addressed.

Nichols explained that the first step is to identify as an aviation community is what to do with the technology. He explained there are several different components to surveillance within the NAS, each with different failure modes. It is up to stakeholders to identify the right mix of those layers and eliminate any gaps in surveillance.

Capezzuto asked panelists to project what the future may hold as collaborative efforts towards space-based ADS-B surveillance continue.

Woods said that nothing happens overnight and from a controller perspective, that’s the hard part. He said that keeping people focused and helping them understand the long-term nature of implementing new technology procedures relies on education and talking to each other.

“There’s air traffic speak, engineer speak, and manager speak — and they don’t always mesh,” Woods said. “The more we work together towards a common goal, the more we can make progress towards a final solution.”

Panelists also discussed the challenge of mixed equipage on aircraft, with some aircraft having more capability than others, and incorporating those differences into traffic flow.

Another challenge is seeking increased capacity at already busy airports in congested traffic areas. Woods explained it’s important to understand if runways or airports can support increased capacity promised by space-based ADS-B. Runway configuration and “lack of concrete” is a major challenge to accomplishing those goals.