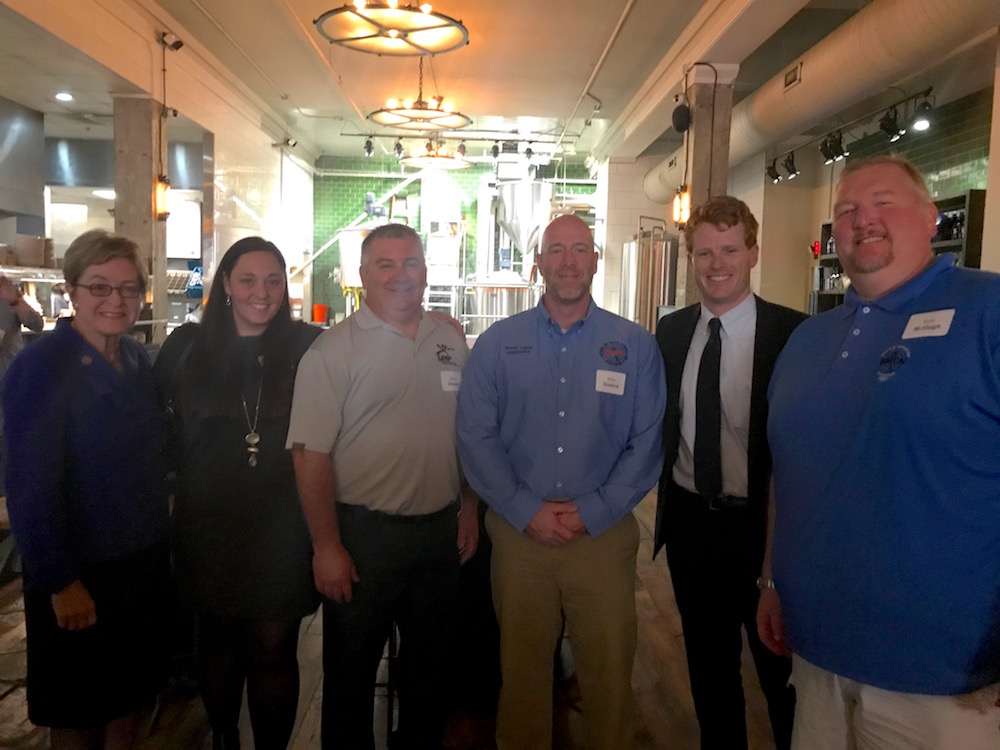 “We had multiple occasions to speak with Congresswoman Kaptur and Congressman Kennedy,” said Hanlon. “We spoke about budget concerns, the social security supplemental, staffing issues, and other air traffic control related topics.”

Former Congresswoman Betty Sutton was also in attendance, and upon realizing NATCA was represented at the event, came over to speak with the group. She is currently running for Governor of Ohio. The group was able to speak with her about her ideas for Ohio regarding the state’s Department of Labor.