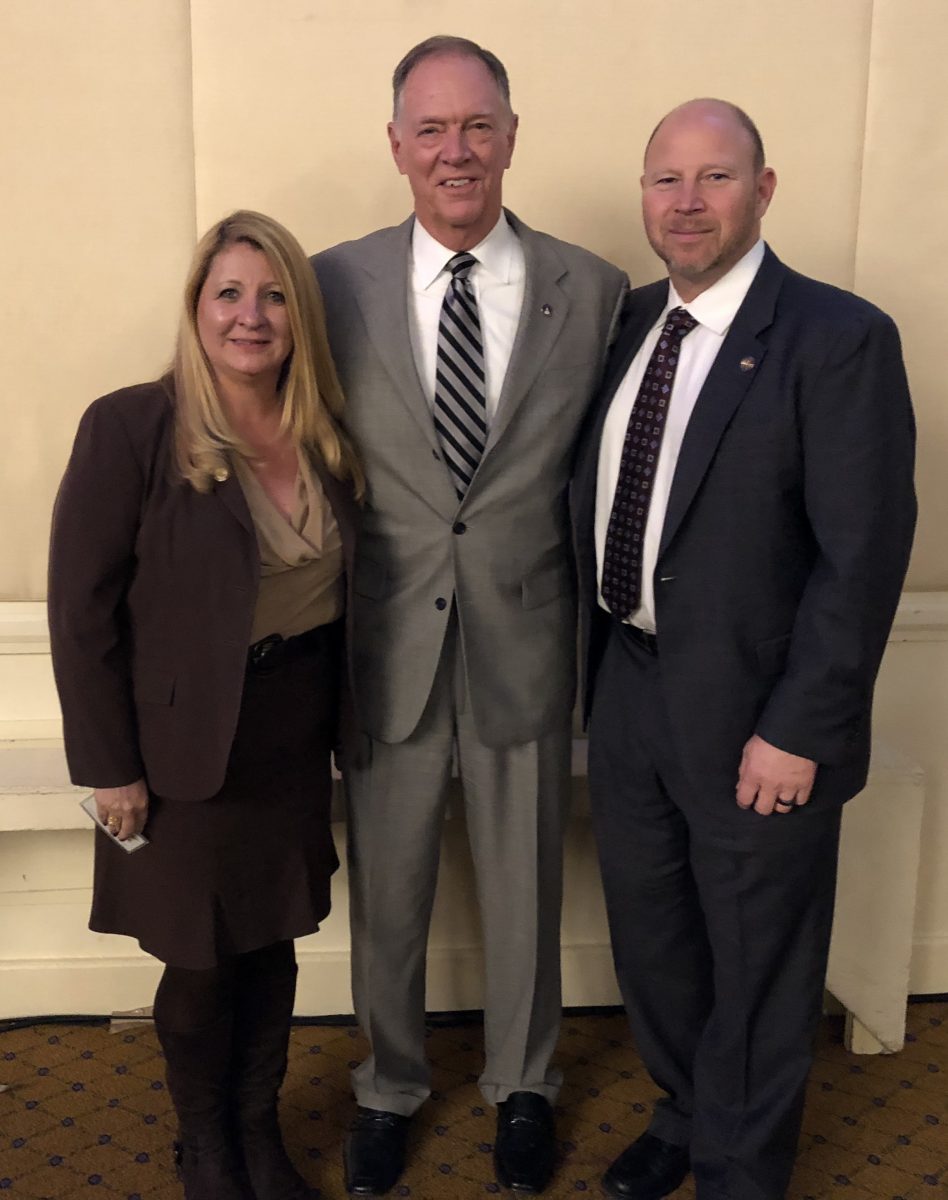 Huerta delivered his farewell speech as FAA administrator to the Washington, D.C., aviation community. His five-year term began on Jan. 7, 2013 and under his leadership, the safety of the system has been enhanced and collaboration between the FAA and NATCA has grown and strengthened. That has resulted in a wide array of benefits for the modernization of the system and the improvement of the working conditions of air traffic controllers and the other aviation safety professionals NATCA represents.

“The National Airspace System is better, safer, and more efficient because of collaboration between the FAA, NATCA, and other stakeholders,” Rinaldi said. “That started with the strong, effective leadership of former Administrator Babbitt and continued with Administrator Huerta. I am proud of the collaborative partnership we have built with each of them and the success that has come from working together.”

The Aero Club today presented the 2017 Donald D. Engen Aero Club Trophy for Aviation Excellence to Babbitt. His dedication to the aviation industry spans over a half-century, during which he worked as a commercial airline pilot, led the United States’ principal airline pilots’ union, ALPA, Int’l., founded a leading aviation consulting firm, and headed labor relations for Southwest Airlines.

“This is a very well-deserved honor for a true champion of aviation safety,” Rinaldi said. “Randy came to the FAA as administrator in 2009 at a time when we were looking to build much-needed trust in our relationship with the FAA. Over the years, although many leaders within the FAA have spoken about their desire to develop a culture of collaboration between the agency and its workforce, Randy was the first to make it a priority and a reality.”

“Randy’s vision for the FAA was to keep looking forward out the windshield and not to look in the rearview mirror,” Gilbert said. “He did not want to re-argue past disputes. Instead, he proposed how management and the workforce could come together to move the Agency forward. In less than three months after he took office as administrator, the parties forged a new collective bargaining agreement that was later extended keeping it in effect for a total of seven years. Under the terms of that agreement and the collaborative relationship it fostered, we have enjoyed great success and improvements in many areas.”