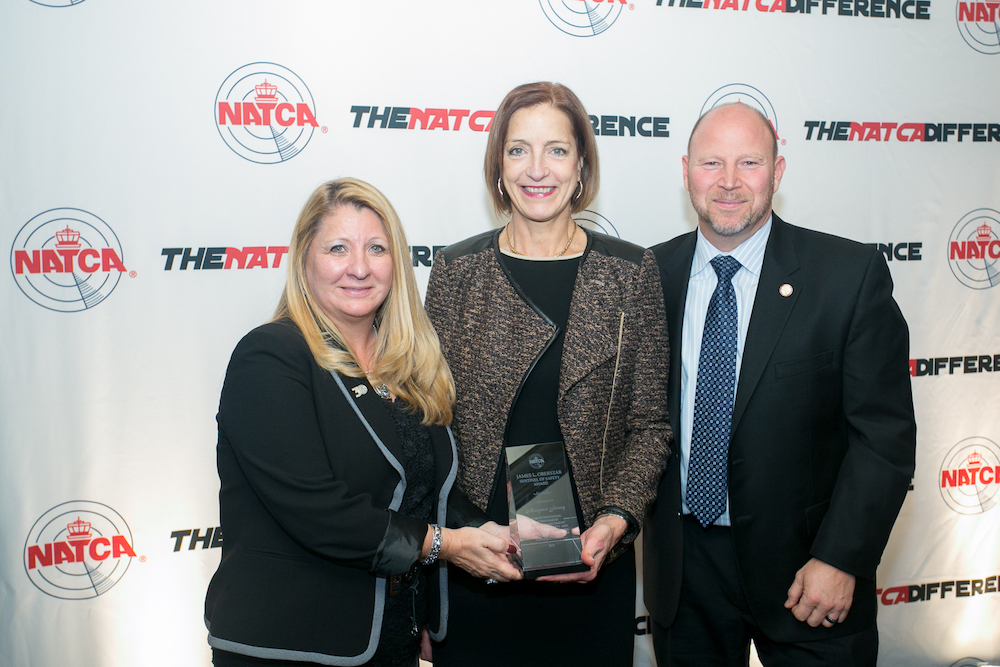 “Tonight we are very proud to present this honor to a leader who has been at the forefront of the collaborative effort to modernize the National Airspace System,” Rinaldi said. “Margaret Jenny, as the president of RTCA, has been an advocate for NATCA since day one. She’s a thread inside NATCA’s fabric. Through her work and partnership, NATCA has built relationships throughout the aviation industry and has become a vital stakeholder in the eyes of industry leaders.”

“We wouldn’t be able to solve the problems we are trying to solve, and make progress with NextGen, without NATCA,” Jenny said in her keynote remarks for the event, after which she accepted the award. “Paul and Trish understand they need a seat at the table. These two understand you’ve got to try to find common ground or you are not going to move forward.”

“I look forward to many more years of partnership between our organizations,” Jenny said.