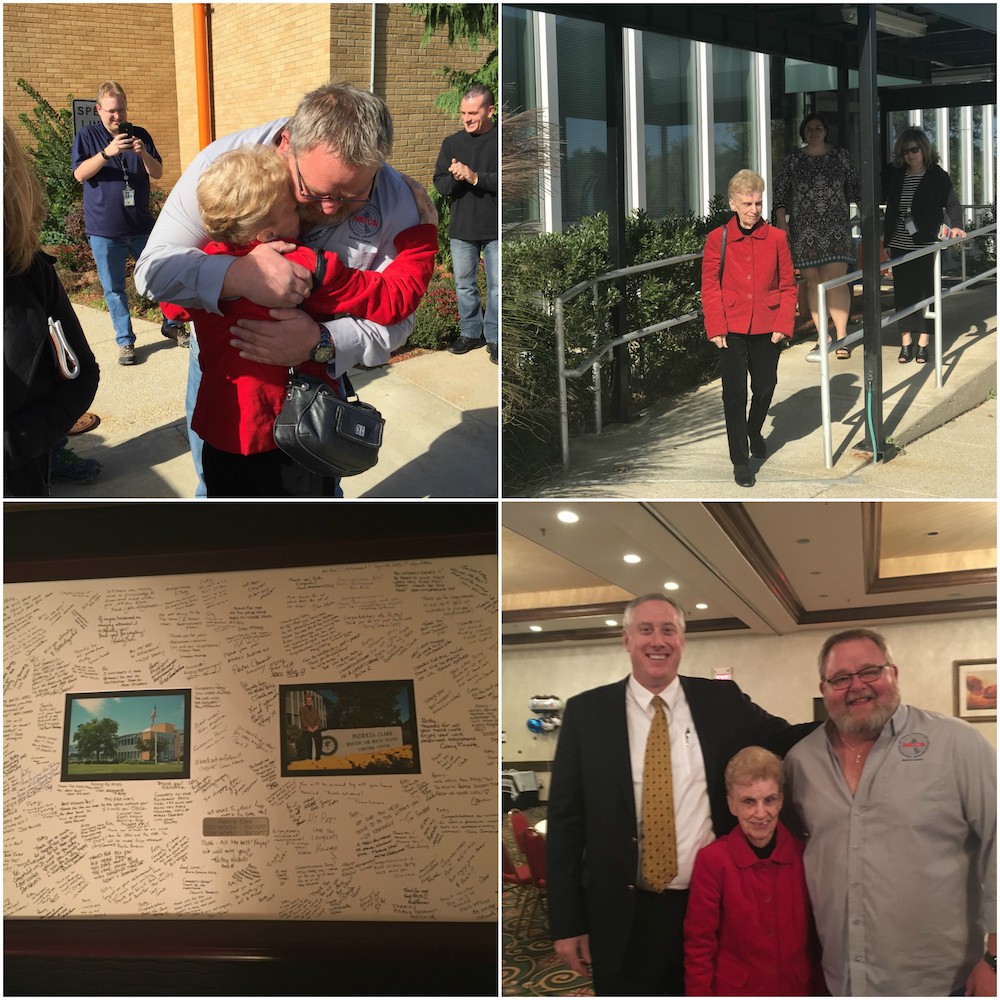 Patricia Clark started federal work on April 5, 1954. In 1963, she was one of the first employeess to enter ZBW. She has worked in the building longer than any other and has worked more hours than any other.

ZBW is officially named the “Patricia Clark Air Route Traffic Control Center” in her honor. “NATCA pushed legislatively to name our building after her; an honor she will always hold,” ZBW member Kristine Mooso said.

In 2013, when the facility was named in her honor, New England Regional Vice President Mike Robicheau said: “All of us who have worked at Boston Center are thrilled to see Patty receive this great recognition which she so richly deserves. We consider her the ‘rock’ at the facility. Everything is taken care of because of her. Patty is tremendously dedicated to public service and exemplifies the very best qualities of federal employees. It’s special people like Patty who make working at a place like Boston Center so enjoyable.”

On Oct. 31, her last day as a federal employee, ZBW celebrated Clark. NATCA Local ZBW and NATCA New England Region hosted a luncheon where her family and friends were present, legislative representatives shared kind words, and many tears were shed. Generations of aviation enthusiasts gathered to celebrate the devotion and dedication this generous woman provided to each of them. Her kindness will be missed, Bianchi and Mooso said.