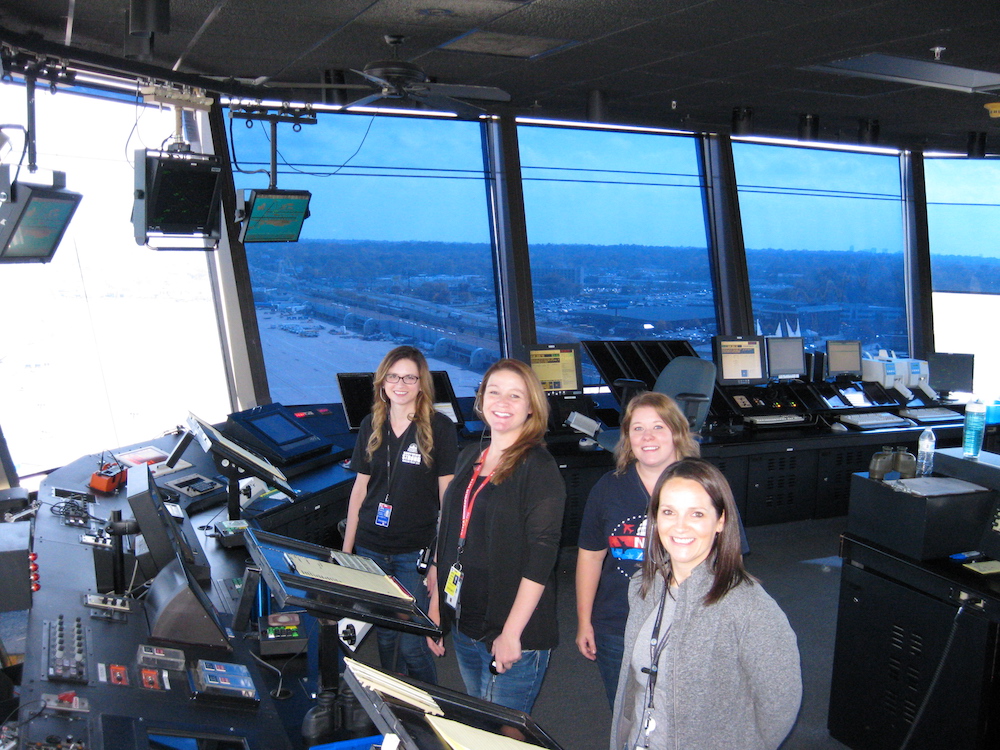 Southwest Airlines recently celebrated its first all-female, or unmanned, flight crew with a group photo. NATCA members at STL heard the news about the unmanned flight and raise Southwest an unmanned tower!

“It isn’t STL’s first time, but it took a few weeks for us to get our all-female crew together for a photo. It’s a pretty rare occurrence,” STL FacRep Allison Schwaegel said.