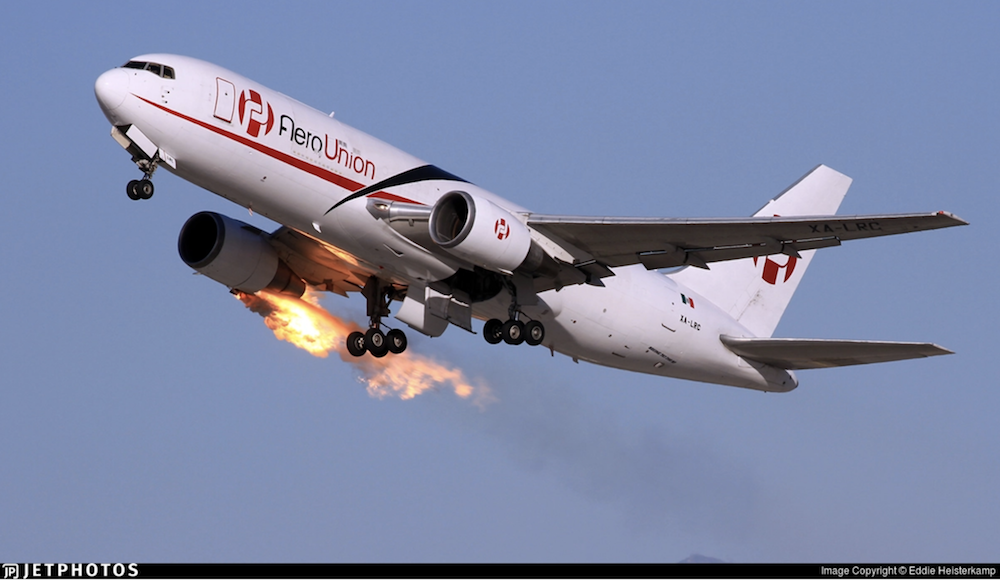 After an AeroUnion Boeing 767-200 cargo flight took off from Los Angeles International Airport on Tuesday, Dec. 5, a Los Angeles Tower (LAX) controller observed smoke coming from one of the plane’s engines, and alerted the pilot. The controller guided and cleared the aircraft to land on 25L on the emergency approach after circling with right hand turns only, due to the engine fire. The aircraft safely landed on the ground and taxied to where the fire department could assist.