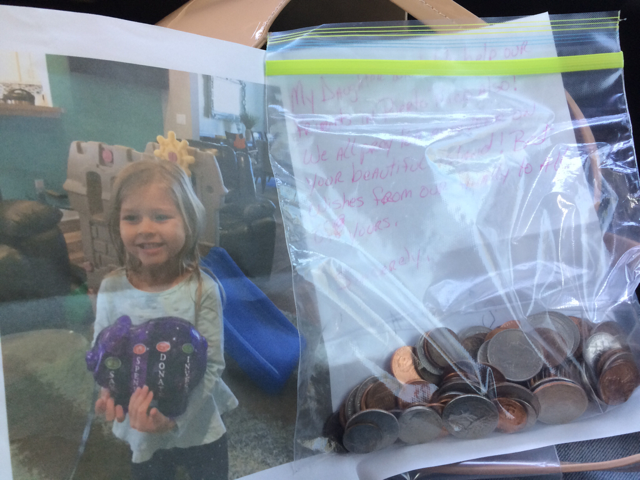 Savannah (SAV) NATCA member Mary Mayconich-Beasley gives the following update from NATCA’s Southern Region brothers and sisters helping each other through the devastating effects of hurricanes in Puerto Rico.

Mike Koffarnus, Jacksonville Center (ZJX), stepped up to the plate when Mayconich-Beasley sent an email requesting the facility to assist San Juan CERAP (ZSU) FacRep Woody Camp in Puerto Rico. Not only did his facility donate much-needed items, but they raised over $1,000.

ZJX member Jay Cooney’s daughter, Alexis, even donated all the money from her piggy bank to help our brothers and sisters in need.

Mary Matso, who lives in the Fort Lauderdale area, offered an SUV packed full of items needed in Puerto Rico. Several weeks earlier, Mayconich-Beasley asked Mark Beaton, Daytona Beach (DAB), to assist with onboarding at Jacksonville (JAX) because she was unable to do it. In an effort to join forces and juggle schedules, Matso drove four hours to DAB to deliver supplies to Beaton, who drove the supplies to JAX. JAX FacRep Chris Iresabal and his family then drove the supplies to SAV where Mayconich-Beasley was able to box up and get the supplies onto a relief flight to Puerto Rico.

“I just wanted to say these guys are awesome and made things happen,” said Mayconich-Beasley. “The right people at the right time make things happen!”

To join the effort, please consider a donation to the NATCA Disaster Relief Fund. All donations to this Fund directly support our NATCA brothers and sisters in need.

NATCA is making it easier for members to continue giving to the Disaster Relief Fund. In addition to donating through the existing GoFundMe effort, NATCA members now can spread out their contributions over multiple pay periods by donating through an automatic payroll deduction. You can learn more and initiate the payroll giving process here.