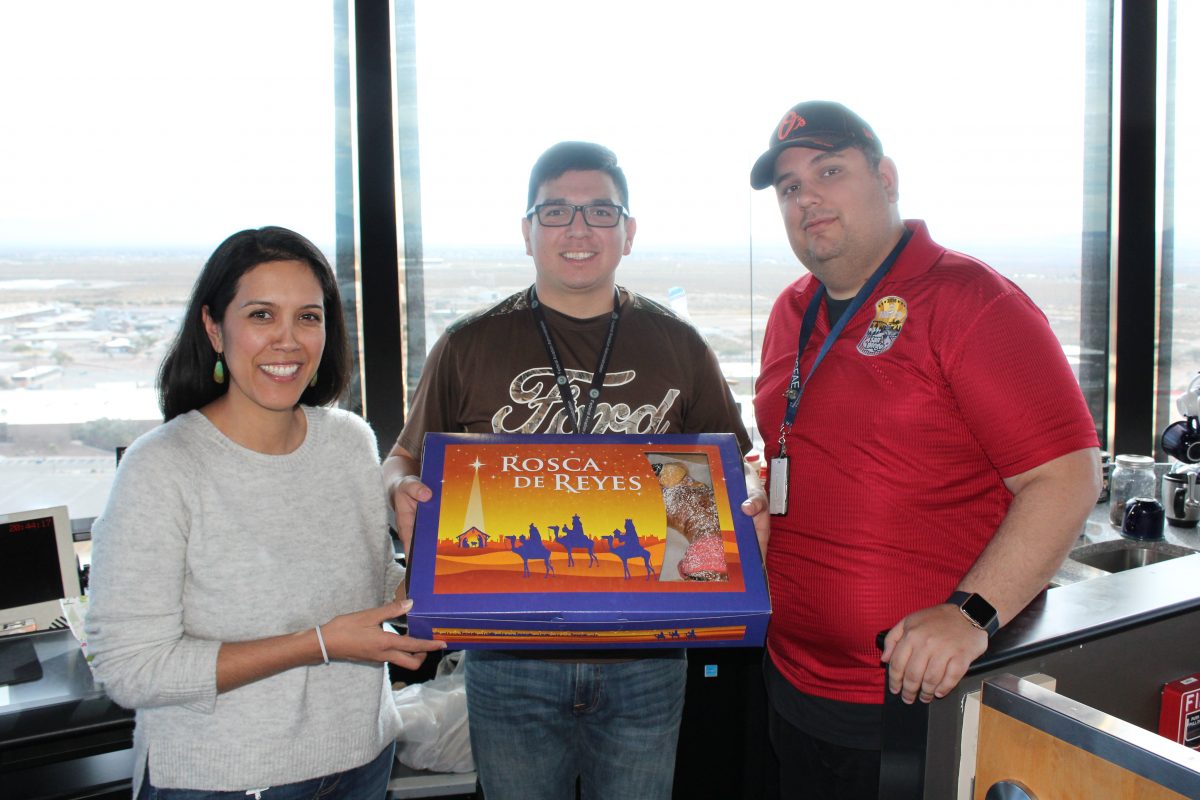 Three Kings’ Day celebrates the Three Kings in the Christian Nativity story, also referred to as The Three Wise Men. In most of Spain, Latin America, and some communities in the United States with larger Hispanic populations, this is the day when children traditionally get presents from the Three Wise Men.

“I was able to celebrate Three Kings’ day with NHCFAE coalition and NATCA members in Tucson this year,” Eagle explained. “There we celebrated with a Rosca de Reyes, that’s traditionally eaten to celebrate the occasion.” Rosca de Reyes is a round cake or bread traditionally eaten to commemorate the arrival of the three Magi or Wise Men. The cake or bread typically contains a hidden baby Jesus figurine. Tradition suggests that whoever finds the baby figurine is blessed.

Pictured below are Kristina Harris, Miguel Zepeda, and Jonathan Eagle.