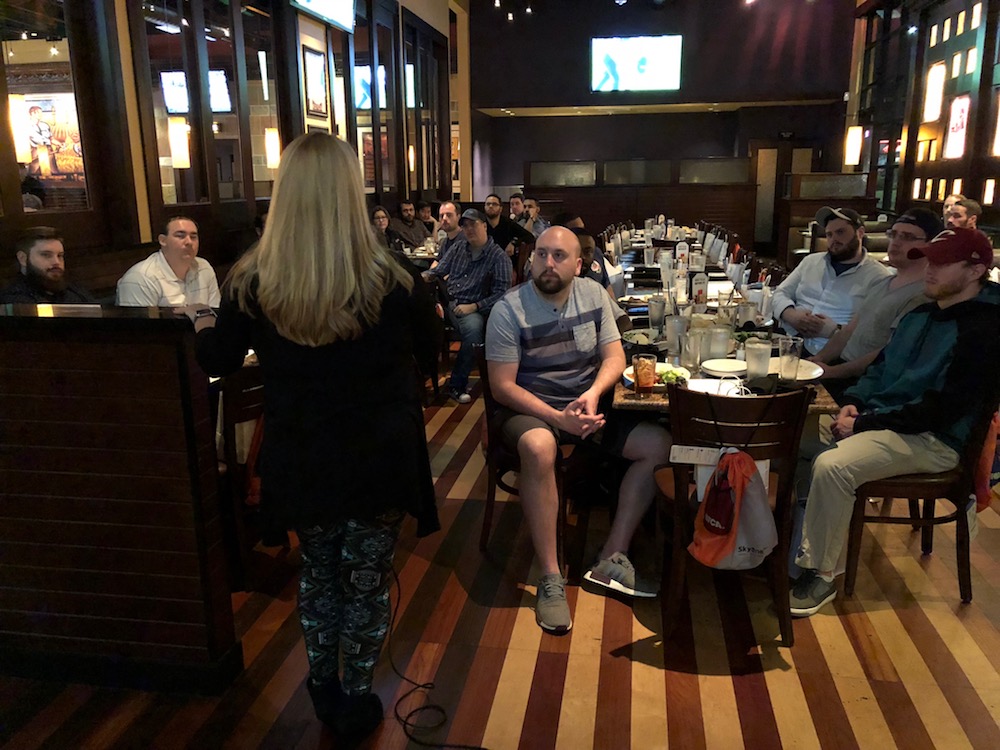 It was the latest in a series of regular question and answer discussions that allows academy students to learn more about the Union, ask questions, and enjoy a meal and camaraderie with fellow students and Union officials. 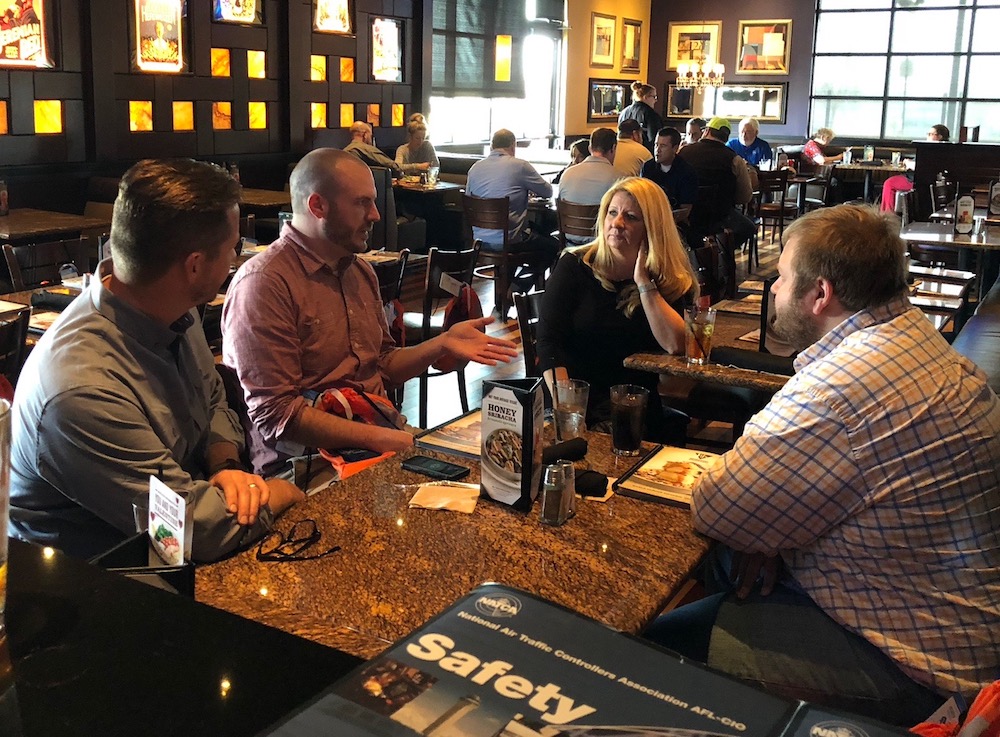 Gilbert detailed the structure of NATCA, including the departments and staff at the National Office in Washington, D.C., that work to represent them. But she also stressed that NATCA is a “volunteer army,” where the strength and solidarity of the membership is exemplified with member activists who step up to play key roles in moving the Union forward.

Gilbert told the students that while their priority right now is passing the academy and then checking out to become fully certified at their first facility, they should be aware of exciting opportunities to serve and lead in the Union down the road when the time is right.

“We really want you not just to be a member,” said Gilbert. “It’s not just about paying dues. It’s really about your activism and what you bring to the table. We have a lot of talented people who do this job and those people give freely of their time to make sure that we are all taken care of as a collective.” 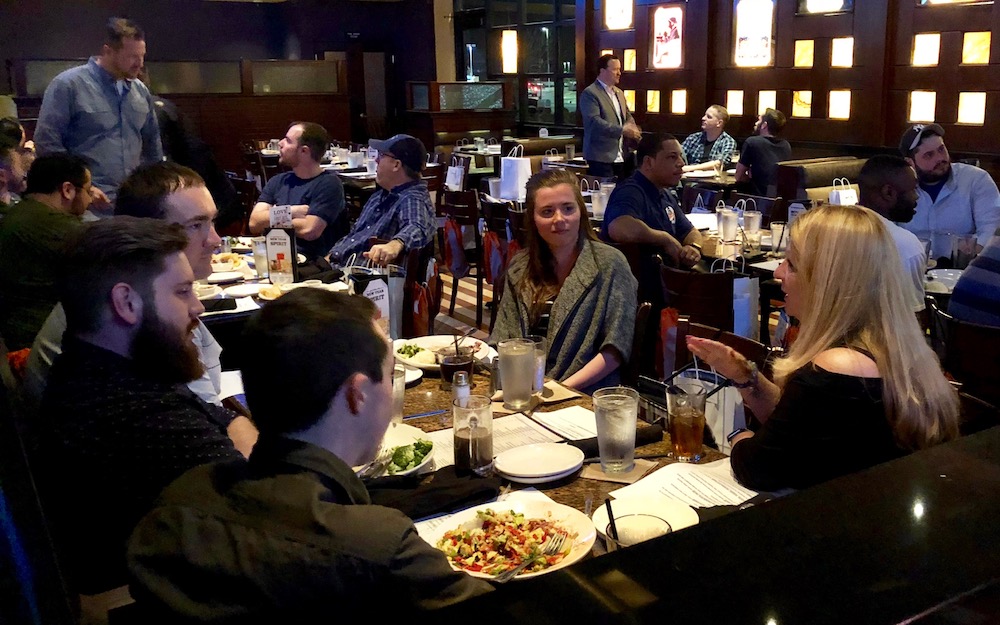 Cooper talked about the importance of practicing and maintaining the highest level of professionalism in the workplace. He spoke of the awesome responsibility of air traffic controllers to ensure the safety of the flying public and to do it not only with skill, passion, and dedication, but with professionalism as well.

“Mothers and daughters fly—brothers and sisters, sons and daughters, the elderly, infants, military members deploying or coming home from war—they all trust us to do our jobs,” Cooper said. “Most people don’t even know what we do and they still trust us to do our jobs. It’s on us to maintain that professionalism so we can keep that trust. And that goes for both on and off-duty.”

Cooper had a simple closing message for the students: “Stay positive, work hard, and get it done. That’s really what it comes down to.”

Bratcher detailed the array of valuable benefits available to NATCA members, including the Aviation Medicine Advisory Service (AMAS), and long-term disability insurance through Unum that protects members in the event they lose their medical. As a member of NATCA’s Slate Book contract team, Bratcher also detailed the value of the strong collective bargaining agreements that the Union has negotiated on behalf of its members.

“We are always looking for ways to add value to our membership,” he said.