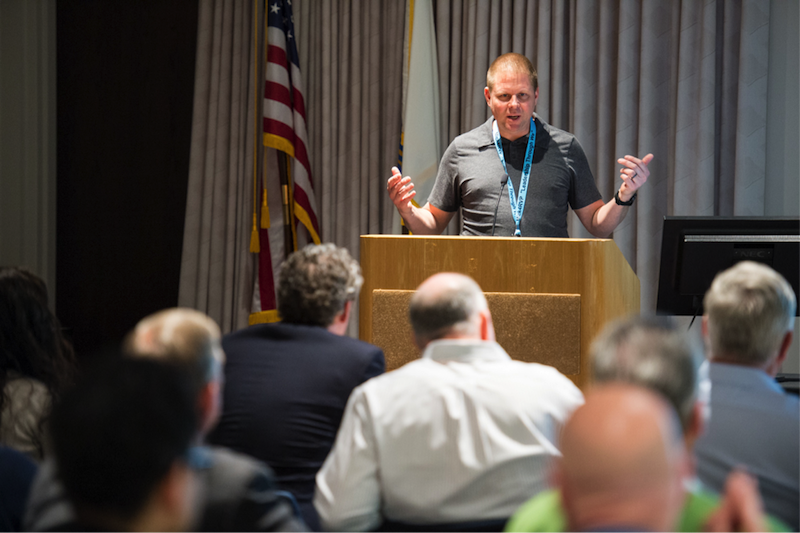 Imagine for a moment that software and hardware designers for smartphones never actually used the equipment they developed. They never handled it, never opened the actual application, or interacted to improve the design. That is part of the issue vendors have when it comes to air traffic control systems. Vendors may employ retired controllers as contractors and advisors, but it is imperative to get a working controller’s perspective.

Part of NATCA’s mission is to improve and establish new relationships with partners within the aviation community. With that in mind, Raytheon’s Terminal Automation Modernization and Replacement (TAMR) Manager Chris Rogers called to invite a journeyman controller to visit and speak to engineers about Standard Terminal Automation Replacement System (STARS). STARS is a Raytheon product it is deploying nationwide to replace all existing terminal automation platforms.

Finding the right person to represent terminal controllers was not hard. Curt Fischer, Boston TRACON (A90) FacRep, was at the top of the list. Fischer was excited to share his 27 years of experience and 14 years of STARS experience with over 200 Raytheon engineers.

“His stories and insights gave our employees a window into the life of a senior air traffic controller,” Rogers said.

Fischer recently was surprised when he was ushered into an auditorium with 120 engineers and a telephone bridge with another 100 people, all assigned to TAMR. He took it in stride, even though he was only expecting 30 to 40 attendees.

Rogers added that Fischer’s visit “was widely attended and universally appreciated by the over 200 Raytheon attendees. His professionalism is to be admired.”

For about an hour Fischer answered questions and provided examples of the software improvements that controllers are looking for within an automation platform.

“Curt’s positive view of STARS provided significant meaning to the Raytheon employees who work on this program and rarely hear direct feedback from the users,” said Rogers. “Curt did a tremendous job and is welcome back at Raytheon anytime.”

Building relationships with aviation partners, openly discussing issues, and being forthright is the NATCA way. Fischer’s efforts are examples of these ideals and his dedication has shown through.

“Thank you Aaron Rose, TAMR 114 lead, for giving me the opportunity to speak with engineers who are designing the next terminal automation systems,” said Fischer. “It is through these types of pre-decisional venues that NATCA is setting the stage for development of controller’s future systems.”

This visit comes on the heels of a successful cutover of Cape TRACON (K90) to A90 on Feb. 11. Thanks to the excellent work, preplanning, and advanced testing and troubleshooting by all involved, the cutover and STARS adaptation was seamless. I’d like to congratulate both facilities on this consolidation.

The collaborative approach from the ground up with all members of both facilities and Raytheon created an important learning environment that TAMR team members will take with them as they move to more complicated consolidations in the future. It is something the Agency and NATCA can continue to build relationships upon.