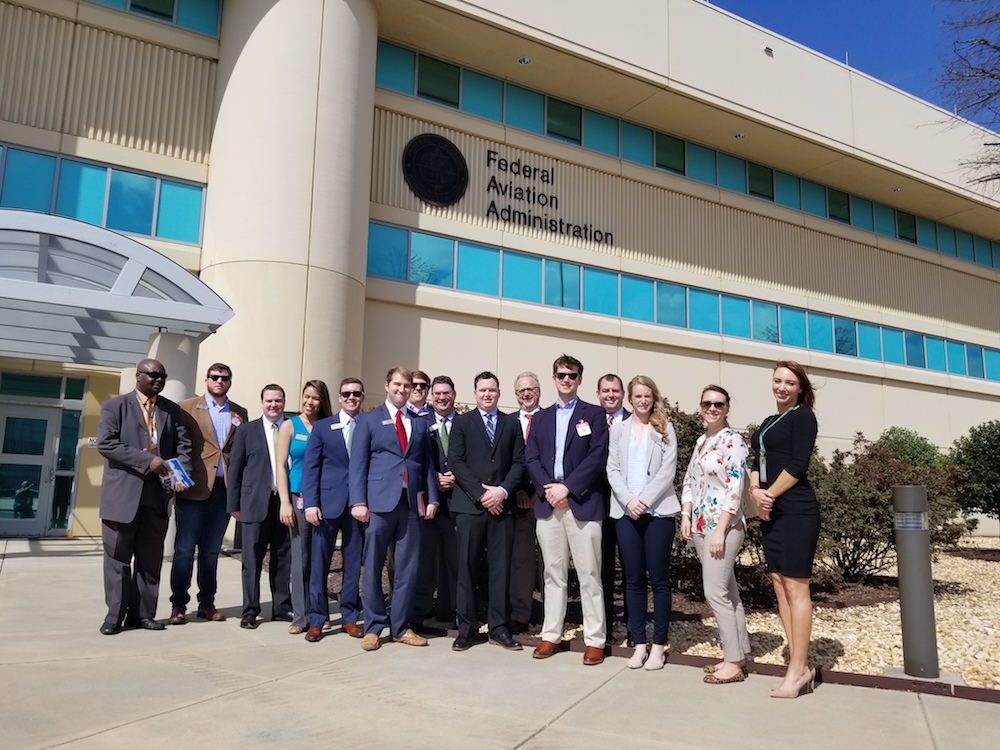 The tour included a short presentation, a visit to the tower/catwalk, and time using the training simulator. The staffers were shown how NATCA members work to keep aircraft moving and how controllers function as a team. They were able to use flight progress strips to explain how aircraft pass from controller to controller from when a plane taxis until it lands at its destination. They discussed airport expansion projects; weather phenomena such as snow, thunderstorms, and wind shear; and an explanation on how they handle mechanical and medical emergencies and airport delays.

“Thank you for hosting us. I really enjoyed the visit and the opportunity to try out the simulator. I will certainly reach out if our office has any questions, and please don’t hesitate to do the same. After telling Rep. Ferguson about the visit, he indicated that he would like to visit the tower at some point,” said Greg Panzer, Field Representative for Rep. Drew Ferguson (GA-03).

“… Thank you and the rest of the team for an excellent tour of your facilities. Please let us know if you or NATCA ever need anything from Senator Perdue’s office in the future,” said Chris Perkins, Field Representative for Senator David Perdue. “Thank you so much for the wonderful tour of the ATC facility. John and I are still talking about how interesting it was given our personal history of traveling out of ATL. I’ll be mentioning it to the rest of our team to see if we can set up another one in the future,” said Eric Johnson, Field Representative for Rep. Barry Loudermilk (GA-11).

“The tour you, Blake, and the rest of the team gave us on Friday was one of the best tours I’ve been on. Thank you for your time and the invitation to see the on the ground (or in the air) functions and operations handled by the Atlanta Tower,” said Allie White, Environmental Issues for Rep. Drew Ferguson (GA-03).