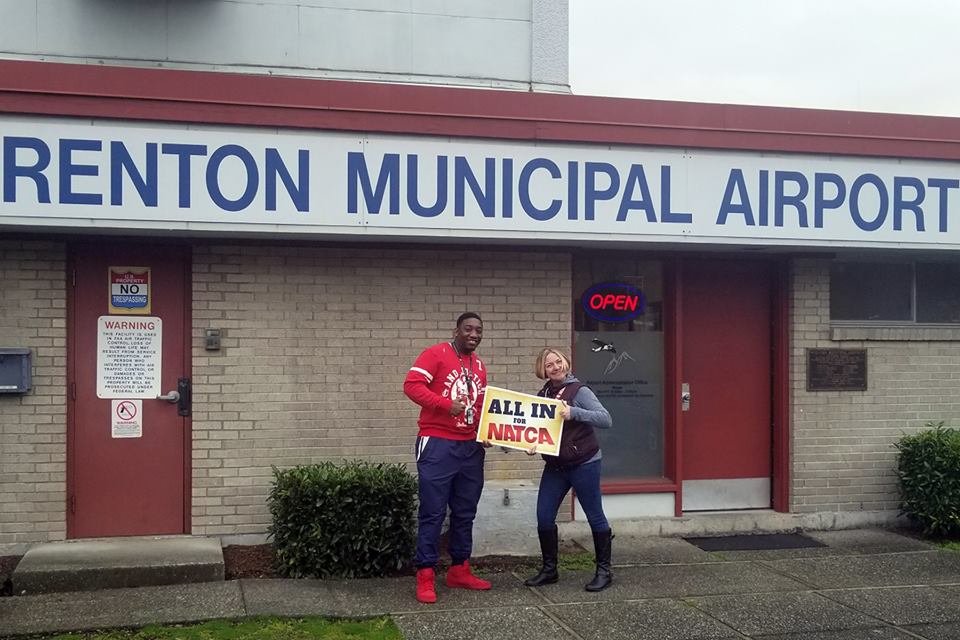 NATCA reached a milestone this month, when we chartered our 100th Federal Aviation Administration (FAA) Federal Contract Tower (FCT) local at Renton, Wash. RNT is operated by Serco, Inc. and is one of more than 250 FCT airports across 46 states.

NATCA’s National Organizing Committee Chair John Bratcher stated, “We welcome Renton’s NATCA members to our family. NATCA is proud to represent all of our members at these 100 FCTs. We will continue to aggressively organize all unrepresented FCTs across the National Airspace System (NAS).”

“I’m proud to be a part of this organization and to lead the way for all the future controllers here at Renton, and hopefully influence other FCTs in the country to join as well,” says RNT FacRep David Creasy. “We don’t fear the future, we shape it. We are stronger together than we are on our own.”

NATCA is a diverse union made up of aviation safety professionals in many different workspaces and with many different roles, all contributing to the safety and efficiency of the NAS. Most of NATCA’s members are employed by the FAA, but we also represent many controllers employed by the Department of Defense and the four companies within the FAA’s FCT Program: Robinson Aviation, Inc. (RVA); RVA-CI-Squared Aviation, Inc.; Midwest Air Traffic Control Service, Inc.; and Serco, Inc. For more information on our represented FCTs, click here.