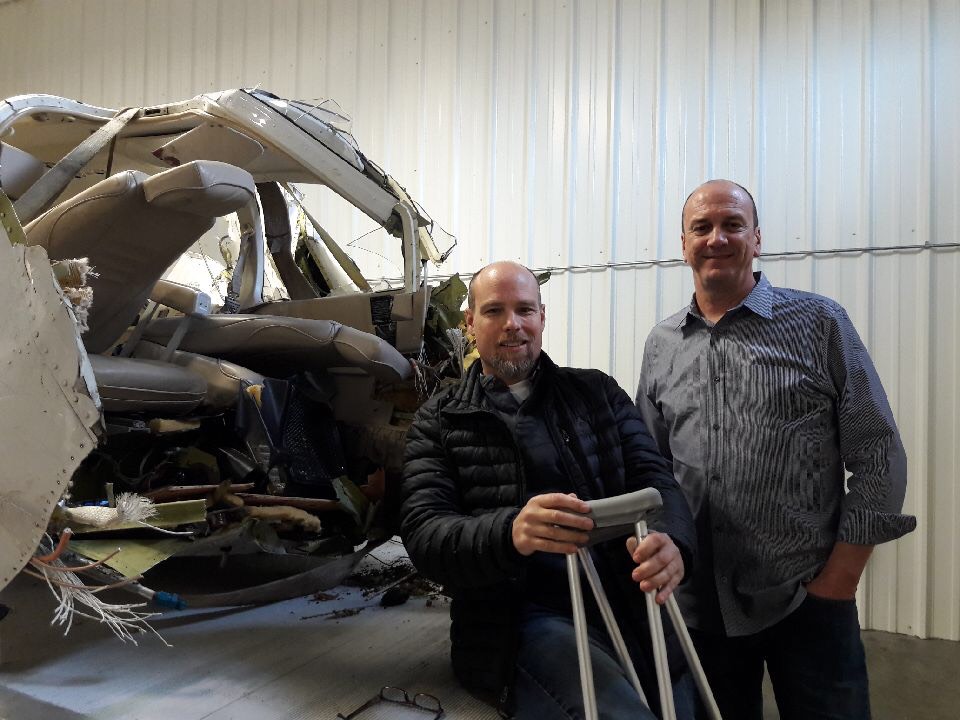 Seattle TRACON (S46) air traffic controller Ken Treglown helped the pilot of a Beechcraft A36 Bonanza safely descend through clouds amid high terrain before a crash landing in a wooded gully near Enumclaw, Wash., southeast of Seattle. The pilot survived with injuries, but Treglown’s guidance with support from fellow controllers likely saved his life.

Treglown, a 32-year veteran controller, was working east arrivals when the pilot declared complete engine failure at 11,000 feet. Motor oil spewed onto the plane’s windshield, the prop seized up, and the aircraft began descending quickly over the Cascade Mountains.

Operations Supervisor Ed Bass and Treglown’s fellow NATCA members Andrew Meadway and Stuart Widman immediately relieved Treglown of the other traffic on his frequency and advised pilots nearby to avoid the airspace of the emergency. Treglown was then able to devote all of his attention to the pilot in distress.

“We were trying to get him to a grass strip,” Treglown said. “It was twilight and cloudy. I vectored him through the high terrain and fortunately, he got below the clouds and hugged it well. Unfortunately, he did not have enough altitude to make it to the strip. I think he did a great job slowing himself down and landing in the treetops.”

The plane broke into several pieces when it crashed and the pilot suffered a shattered left ankle, broken sternum, and several cuts and bruises. He was able to call 911 from his cellphone and responders arrived within 30 minutes to transport him to a local hospital.

“I had actually walked outside to compose myself,” Treglown said. “I did not think he survived. But when I went back inside, our air traffic manager answered a call from a 911 operator who said they had a search-and-rescue unit on the scene. It was absolutely remarkable.”

While Treglown attributed “a lot of luck” to the pilot’s survival, he also credited the 50-year-old instrument-rated pilot for remaining calm throughout the emergency and adhering to his instruments to keep the wings level while experiencing zero-visibility conditions.

Still, the outcome could have been tragic without Treglown’s guidance. He has developed excellent knowledge of the mountainous terrain, dynamic weather conditions, and the many small airports in the area during his 23 years of experience at S46. He also remained calm and confident throughout the emergency, delivering instructions in a manner that was easy for the pilot to understand and execute.

Treglown said he could not have done it alone, and thanks his colleagues who stepped up to support him.

“They were all very instrumental in helping me out,” he said. “They gave direction to the other flights and gave me advice along the way. It was a very significant team effort.”

S46 Air Traffic Manager Michael Coulter is deeply proud of the coordination that took place in the control room during the emergency.