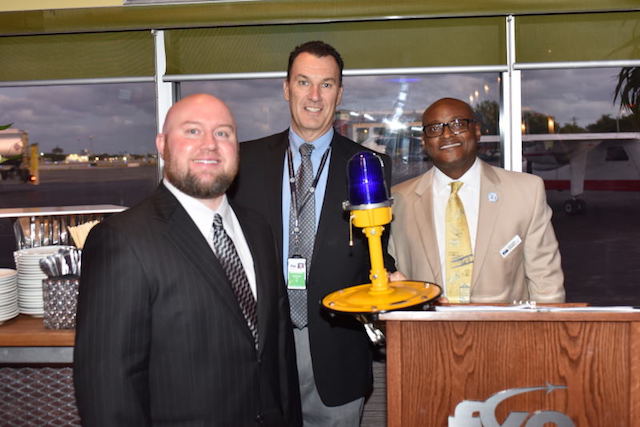 Air traffic professionals at Fort Lauderdale Executive Tower received an annual award for their steadfast collaboration with the airport and city throughout Hurricane Irma.

The City of Fort Lauderdale recognized Fort Lauderdale Executive Tower air traffic professionals with the annual Achievements in Community Excellence Award for their support of air traffic programs and, most significantly, their contributions to the airport, city and community before, during and after Hurricane Irma swept over Florida.

The ACE Award ceremony was held Jan. 31 at the airport’s Jet Runway Café, where Air Traffic Manager Rich Sack and NATCA Facility Representative Dusty Heaton accepted on behalf of the facility a runway light plaque symbolizing their continual support of flights over Florida and their outstanding coordination with each other and neighboring air traffic facilities during the storm.

“Leading up to the hurricane, we did a lot of work with airport management and the city,” Sack said. “We were one of the last facilities to close in South Florida and the first to reopen. And we had four controllers volunteer to stay at the facility during the storm’s impact.”

The tower’s daily traffic numbers doubled – to about 1,100 operations – three days before the storm made landfall, on Sept. 10, 2017, delivering heavy rains and winds exceeding 110 miles per hour. Charter jets from around the country flew in and out to evacuate families. It was the largest evacuation in South Florida since Hurricane Andrew struck the peninsula in 1992, and a short staff at the tower managed the increased traffic without any setbacks.

“With the increased traffic numbers, as many people were trying to evacuate South Florida, our tower team continued to come in and do the job that was asked of them with the hurricane getting closer,” Heaton said. “Our controllers handled this situation with the utmost professionalism and dedication to their craft to ensure the safety of the national airspace system during this trying and stressful time. I’m very proud of everything our team accomplished throughout this major event.”

Many charter jets are based at Fort Lauderdale Executive Airport, and almost all of those owners were able to evacuate. The tower also supported medical evacuation flights back and forth to support the Caribbean.

The tower finally closed due to tornado warnings, but the “controller STAY” team remained on site. Sack and Heaton were on call 24 hours a day with Fort Lauderdale’s Emergency Operations Center to coordinate flights on the north side of the city.

Traffic has increased since the hurricane. Fort Lauderdale was upgraded from a Level 6 facility to a Level 7 this March. “It’s been a very busy season,” Sack said. “Traffic has been high for all of South Florida.” 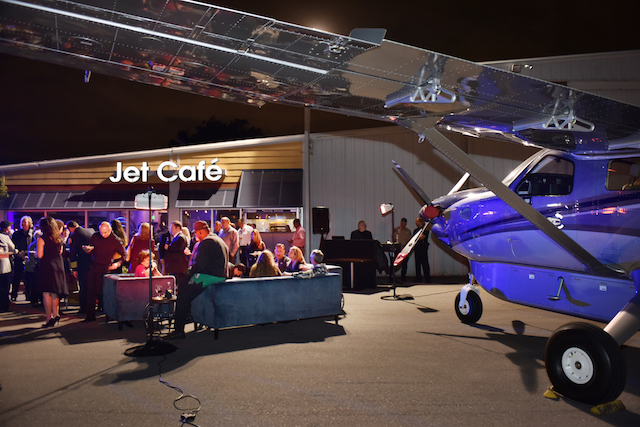 This story was originally published by FAA Communications.