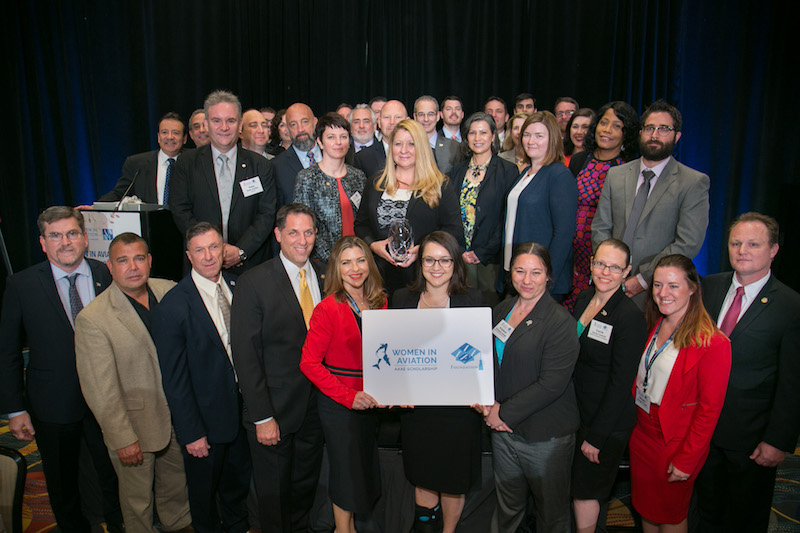 NATCA National Executive Board Members, other Union members, National Office staff, and friends gathered to honor Executive Vice President Trish Gilbert on May 2 at the AAAE Women in Aviation Scholarship Luncheon at the Hyatt Regency on Capitol Hill.

AAAE honored Gilbert and Adams at the 2018 Women in Aviation Scholarship Luncheon on May 2 in Washington, D.C.

Read the press release about this event and the scholarship program here.

View our complete photo album from the scholarship luncheon here. All photos by Jenny Lehman.

View video from the Scholarship Luncheon.

“In this male-dominated profession, Trish has propelled through all the inherited institutional boundaries and has excelled at everything she tries to do,” NATCA President Paul Rinaldi said. “No task is too difficult, no challenge too daunting, for Trish to take the lead on. She has elevated our Union to the highest level and enhanced the safety of the National Airspace System by always challenging the status quo. I personally believe there’s nothing she can’t do. I’m proud and honored to work alongside of Trish. She is so richly deserving of this honor.”

“Trish is a true professional, and a role model of all, but especially women,” Federal Aviation Administration (FAA) Air Traffic Organization COO Teri Bristol said. “As a colleague, I have the highest respect for Trish. As a woman, I admire deeply what she has achieved, what she stands for, and how she does it all with such grace and dignity.” 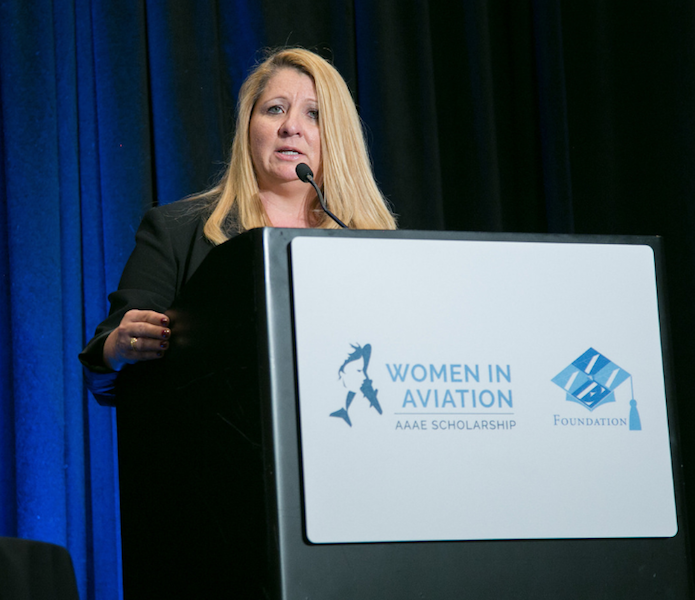 “By honoring me you are honoring NATCA,” Gilbert said. “I am so proud of NATCA, the professions we represent, the safety policies and initiatives we partner on, the technology we test and deploy, the public we serve and keep safe, and the role we play in the economic engine that is the U.S. National Airspace System.

“Having one of the two permanently endowed scholarships named in my honor is really hard to believe. But I know that scholarship with my name on it is synonymous to naming it after the profession I love, and the Union that I love even more, NATCA.

“These scholarships demonstrate our commitment to seeing more women work in our beloved aviation professions where they can unlock their potential and pursue their dreams in careers in aviation. I hope we can continue to empower women to join aviation professions, to get involved, to take on leadership roles, inspire future generations, and move our industries forward.”

Growing the number of women in the aviation industry remains a goal of NATCA and its leadership, in the pursuit not only of advancing the air traffic control profession, but empowering women in aviation professions to get involved and take on leadership roles.

“Thanks to your generosity and the sponsorship of so many, it’s going to be easier than ever to make that a reality,” Acting FAA Administrator Dan Elwell told attendees. 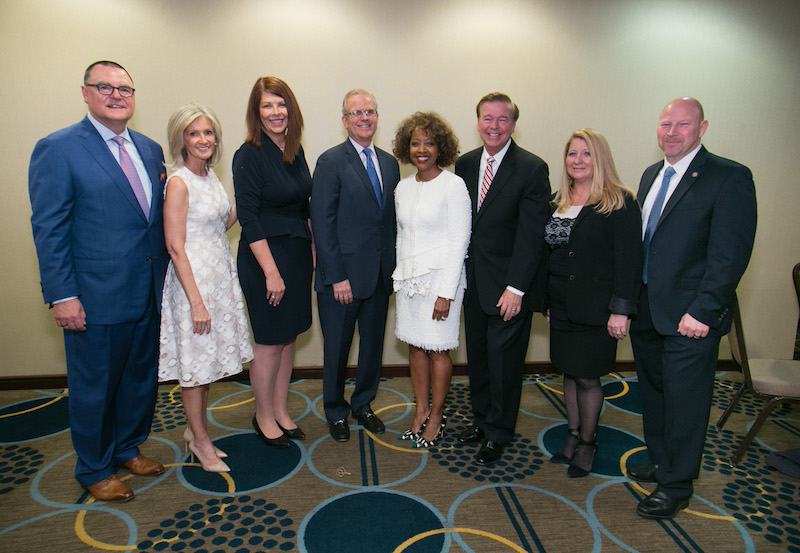 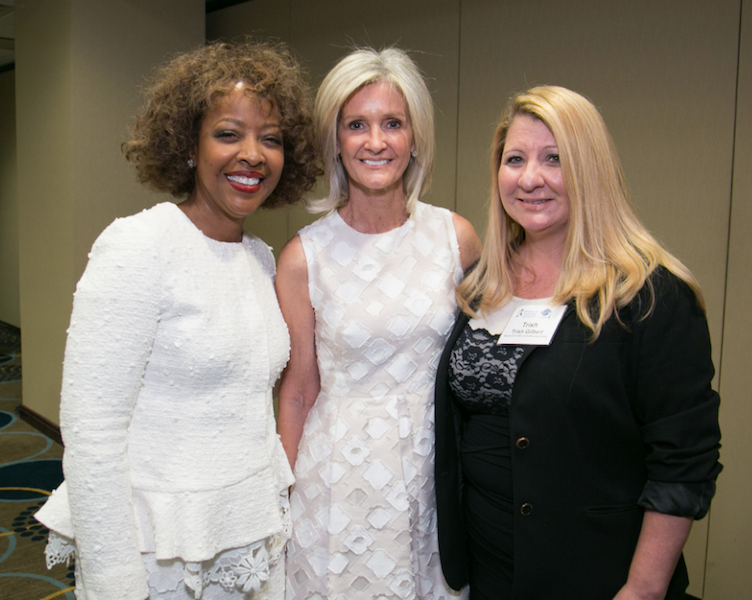 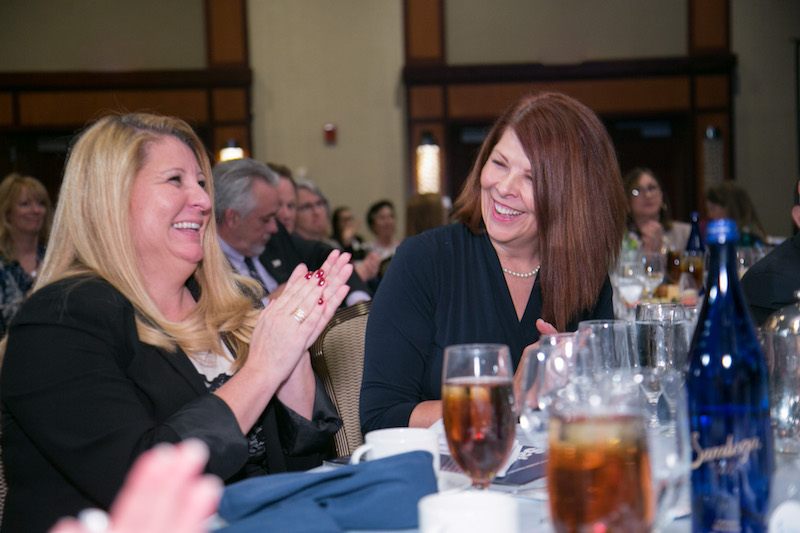