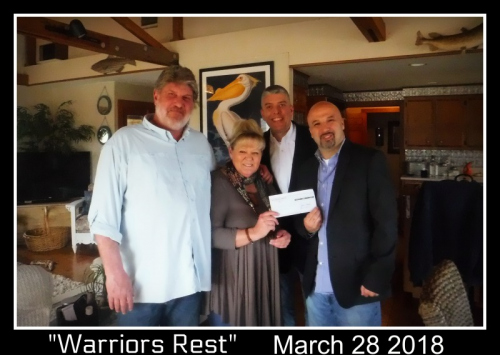 Don Shipley is a retired Navy SEAL and Diane is a Navy Veteran. They have two children, a son that has followed in his father’s footsteps and is currently a SEAL and a daughter who is married to a SEAL.

“Don and Diane operate Extreme SEAL Adventures as a nonprofit. Every penny that the charity receives goes toward accommodating wounded warriors and their families,” Arnold said. “As Neil and I are both veterans ourselves, it was an honor to represent NATCA Charitable Foundation to such a worthy veterans charity!”

From duck and pheasant to deer and turkey, there is plenty of hunting on the sprawling property. Warrior’s Rest is also located on a tributary of the Chesapeake Bay that provides an abundance of fresh and saltwater fishing opportunities.

Extreme SEAL Adventures has converted an old barn into a place for the wounded veterans and their families to stay when they visit. The effect is a respite of peace and quiet for those who have sacrificed for our country and their loved ones, with plenty of recreational options at Warrior’s Rest.