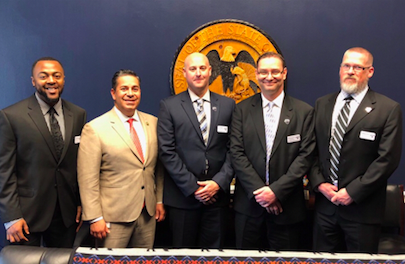 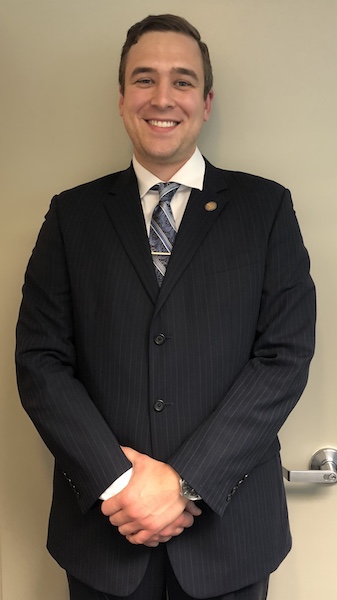 “My first overall impression was ‘WOW!’ You could feel the passion from each NATCA member there,” Olloway said.

His interest in stepping up as a NATCAvist in the nation’s capital began when he heard about NiW from a NATCA area representative.

“Going into the meetings, I was a bit nervous and didn’t know what to expect,” he said. “In my opinion, the meetings went very well! Our New Mexico representatives were supportive, and our message was received loud and clear.

“I learned from my NiW experience that my profession is well respected and NATCA has a strong presence on Capitol Hill.”

“It’s been fun and it’s been very informative. I’ve learned a lot,” Arment said, adding that he was very impressed by seeing monuments and notable government buildings up close and personal for the first time. “I don’t have much of a political background so this is all completely new to me.”

Arment said that he has only been in the Agency for three years and had recently looked for ways to contribute more. NiW fit the bill perfectly he said.

“I’ve wanted to get more involved in NATCA and this was a great chance to do that,” he said.

Hughes said the entire week of the event was a unique and wholly satisfying experience.

“I’ve been to a few meetings locally with members of Congress but this is a whole different ballgame,” he said. “The whole atmosphere of it all, it’s big. I expected it to be, but you can’t put it into words until you’ve been here and seen all the buildings and all.”

Rockford ATCT (RFD) Treasurer David Woolridge also attended NiW for the first time and brought back a lot of information for his local. He spoke to RFD members about his experience during a recent solidarity event.

“What surprised me the most was how often we were asked about our thoughts on different legislative issues from the members of Congress or their aides,” Woolridge said.

Woolridge credited his NATCA state representative in Illinois, Chicago Center FacRep Toby Hauck, with doing “an amazing job of establishing relationships with both Democrats and Republicans in Illinois.”

“Regardless of political affiliation, they want to hear from us rather than just the FAA about proposed legislative material,” he said. “It is critical to have our presence in Washington, D.C. We need these relationships in place and as strong as possible when our profession is under political pressure.”

Steven Daniel-Hamberg of Lexington ATCT (LEX, pictured at right) said NiW was not only an enjoyable event but he was excited to have the opportunity to meet with members of Congress.

“We were really well received,” he said. “It showed how respected NATCA is on the Hill.”

Was NATCA in Washington 2018 your first time advocating for your brothers and sisters in our nation’s capital? We want to share your story! Email Meagan Roper at mroper@natcadc.org or call/text 202-445-1775 to share. 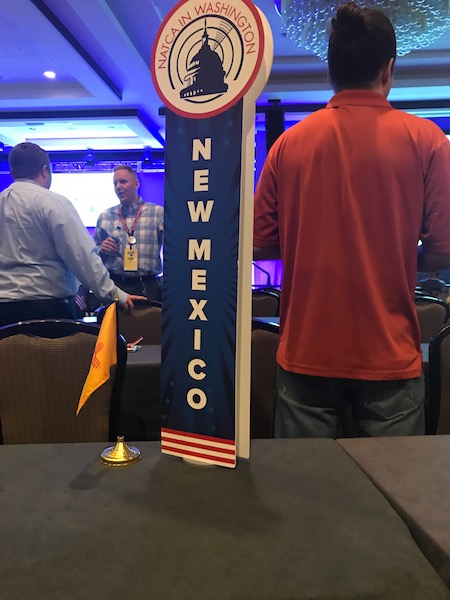