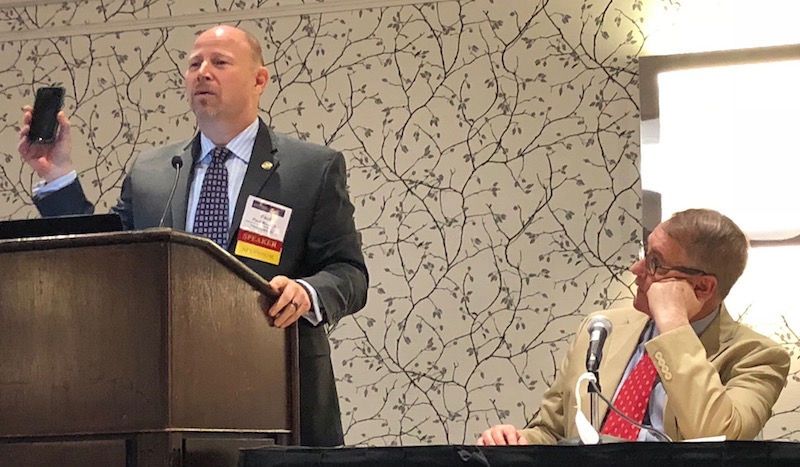 “I look for your collaboration as you look for my collaboration and really having a voice together to get what we need to continue to serve the communities around the country, and that’s what it’s really all about,” Rinaldi said. “We know, in this room, the value of aviation. It’s an economic engine to those rural communities and even those big communities, and we’ve got to make sure that we find a tract of stable, predictable funding.” 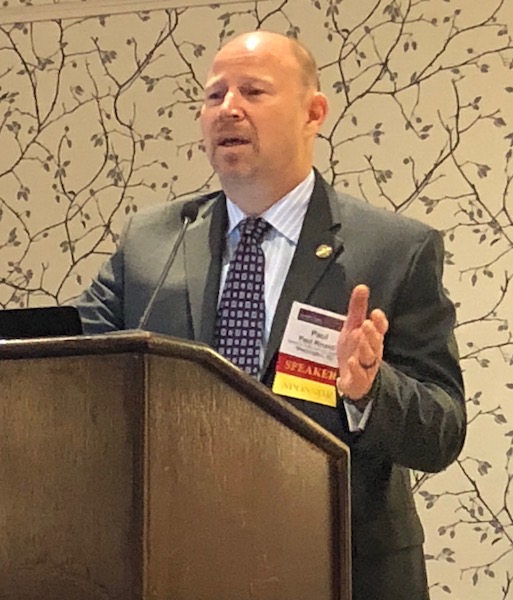 “Collaboration is the theme here,” he said. “If the aviation community can be united on some things, whether it is funding, whether it is modernizing our system, whether it is embracing new technology, then we should go with one voice to the Hill and make sure that we can get the legislators to help us.”

Rinaldi spoke from a podium and seated to his left was Spencer Dickerson, Senior Executive Vice President for Global Operations for the American Association of Airport Executives, who oversees the USCTA. To make a point about current lengthy antiquated process of modernizing ATC equipment, Paul held up Dickerson’s iPhone 6 (pictured above). He explained that the process of rolling out new ATC equipment was like taking five years to put out an iPhone 6 and touting it as “modern” when the iPhone X is already rolled out. “We need to change this process,” he said. “We need a different way to modernize more quickly.”

NATCA represents 100 of the 254 towers in the FCT Program. That number has doubled in just the past eight years as NATCA has increased its organizing efforts. Please click here to see the list of NATCA-represented FCTs.

Rinaldi applauded the efforts of FCT operators for committing to the Aviation Safety Action Program (ASAP) but told them more can and should be done to make a safe system even safer.

“We’re at the safest time in aviation history if you just look over the last nine years. But we can be better. We can always do better, especially with general aviation,” Rinaldi said. “We’ve got to figure out cutting edge ways to get them the most up-to-date weather information. We have to let them realize that air traffic control is not the police, but we are there to help. We are an asset they need to use and not avoid, because if we’re there and if they use us, we can actually save lives.”

Rinaldi, in addressing a question about the state of the current system and the outlook for the future, said that while the prospect of modernization and change in aviation is “exciting,” the entrance of new users such as UAS presents questions of how that will interplay into the NAS. “Are they going to use the airports or are they going to just use launchpads?” he asked, while emphasizing the need for stable funding to meet those users’ demands and the system’s growth to accommodate them. “When you cut funding, you’re going to cut the growth in aviation and you’re not going to meet those demands. There are other ANSPs around the world that are capable of meeting the demand. How long will the users put up with a system that is antiquated?”

Rinaldi noted that there is a $7 billion uncommitted surplus in the Aviation Trust Fund. “Aviation earned that,” he said, “and it needs to be put back into aviation. We need to invest in aviation and invest in technology. Aviation is a major cornerstone of our economy. Don’t sell it short.” 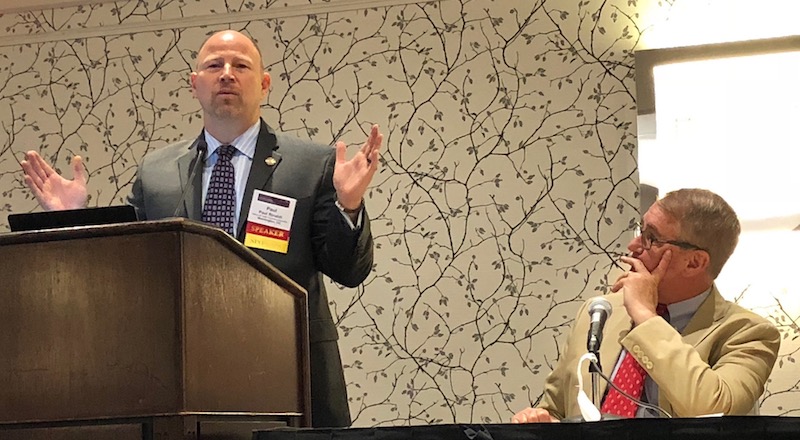 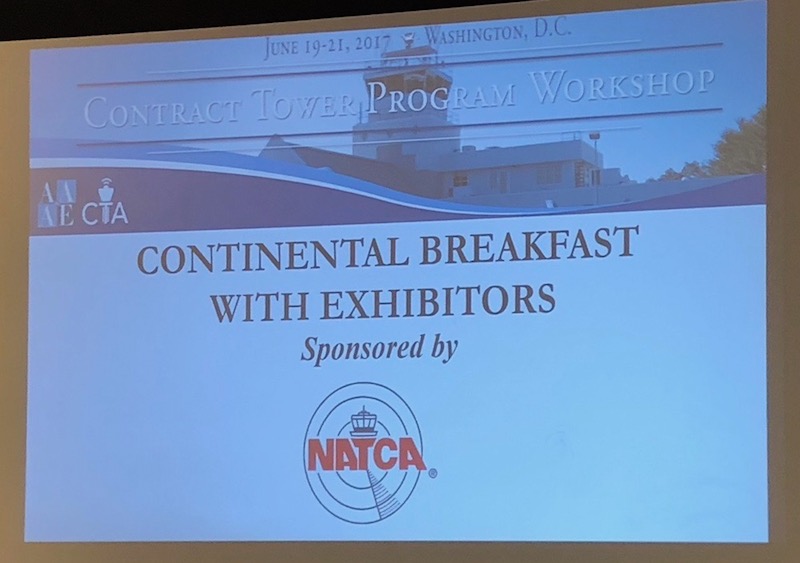