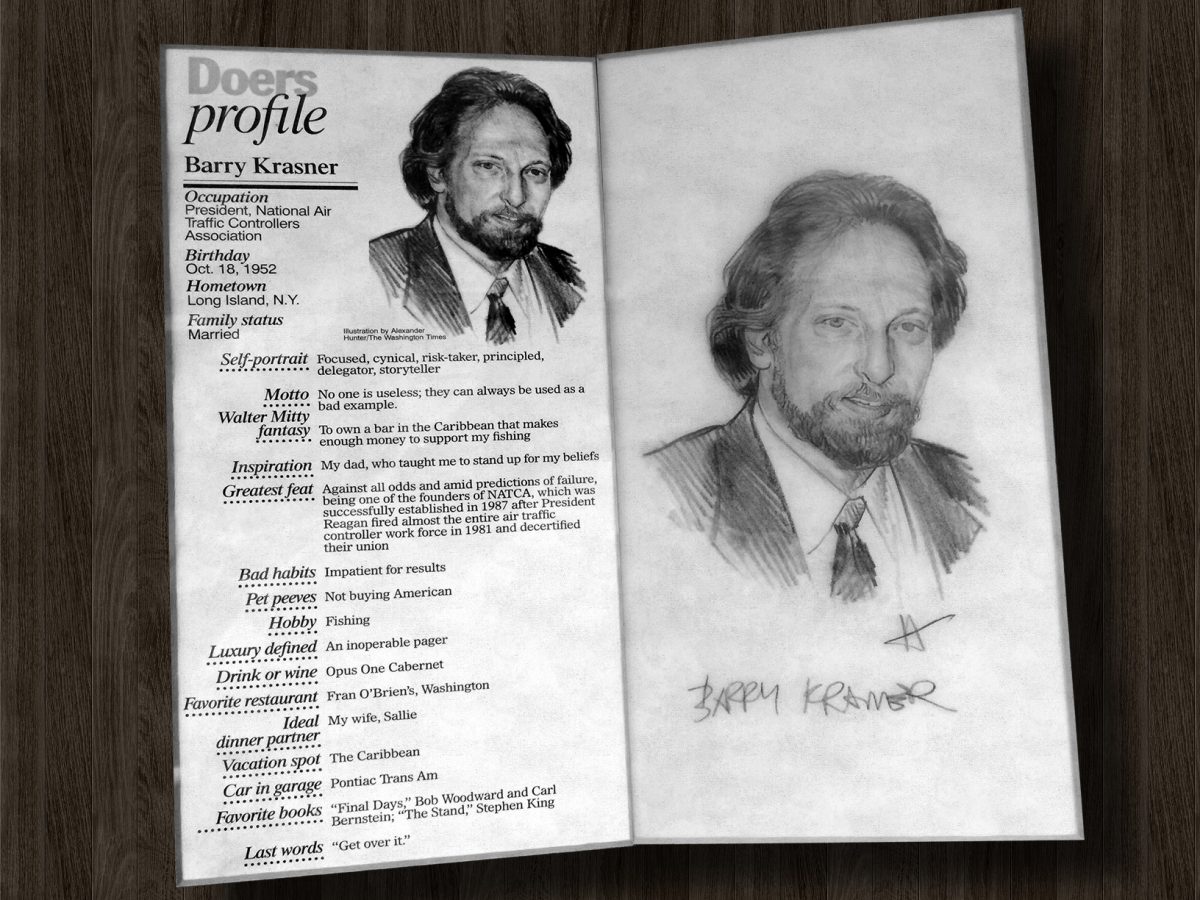 In Barry Krasner’s office at the NATCA National Office building in recent years hung a framed copy of a feature that The Washington Times published on Sept. 12, 1996, during the second of Krasner’s two terms as NATCA President. It was called, “Doers profile,” and it included prompts and answers from Krasner, below:

Motto: No one is useless; they can always be used as a bad example.

Walter Mitty fantasy: To own a bar in the Caribbean that makes enough money to support my fishing

Inspiration: My dad, who taught me to stand up for my beliefs

Greatest feat: Against all odds and amid predictions of failure, being one of the founders of NATCA, which was successfully established in 1987 after President Reagan fired almost the entire air traffic controller workforce in 1981 and decertified their union

Drink or wine: Opus One Cabernet

Car in garage: Pontiac Trans Am