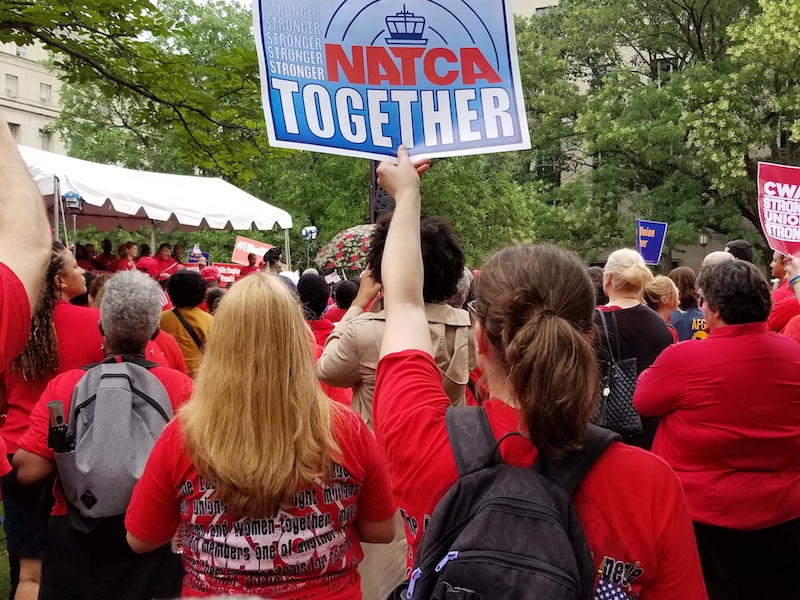 In early July, the Office of Personnel Management issued guidance clarifying that there should be no immediate changes to any of NATCA’s agreements with the Federal Aviation Administration (FAA) — local or national — nor any changes in how they are implemented as a result of the EOs. However, the EO directs agencies, at the earliest moment the law permits, to renegotiate any collective bargaining agreement (CBA) provision that is inconsistent with the EO. The Administration already is implementing these EOs in several agencies. These changes are greatly affecting our union brothers and sisters in these agencies.

“Federal employees and their unions are under attack right now,” NATCA Executive Vice President Trish Gilbert told NATCA staff as they marched to the rally. “These executive orders are intended to weaken federal workers and the labor movement. AFGE is now the tip of the spear in these attacks. It is an honor to be at this rally to demonstrate NATCA solidarity for our union brothers and sisters. Today, we join in standing up against those who seek to take away the rights of working people. NATCA stands with all of our union brothers and sisters in the labor movement, today and forever.”

Speakers at the rally included AFGE’s National President J. David Cox, Sr., AFL-CIO President Richard Trumka, other union leaders, and members of Congress, including Senate Democratic Leader Chuck Schumer and House Democratic Leader Nancy Pelosi, who joined with the sentiments expressed on the dozens of rally signs: “America works because we do,” and “We are going to win this fight.” 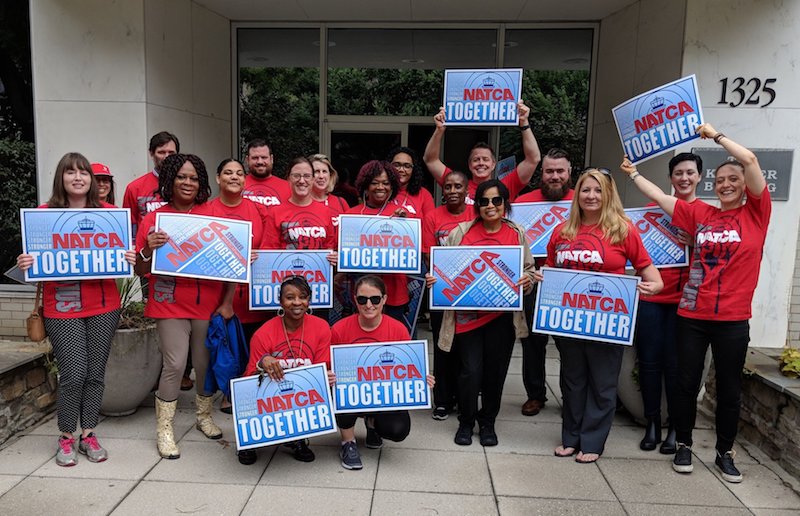 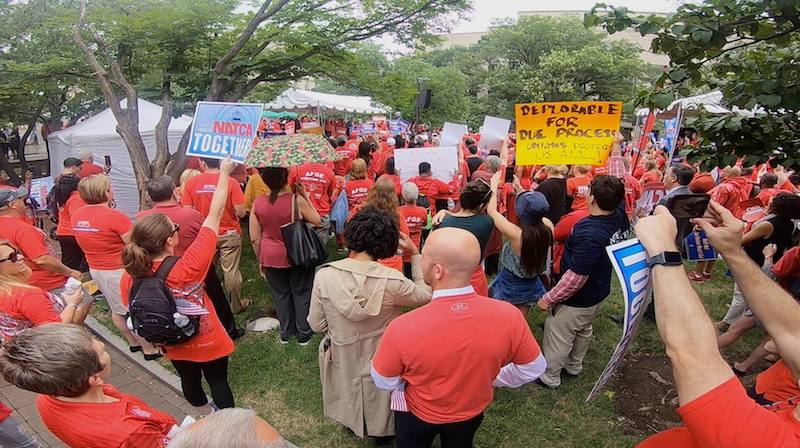 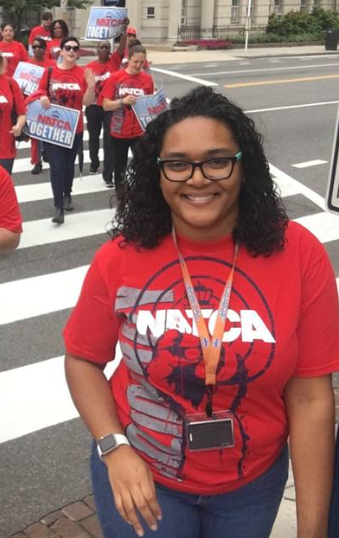