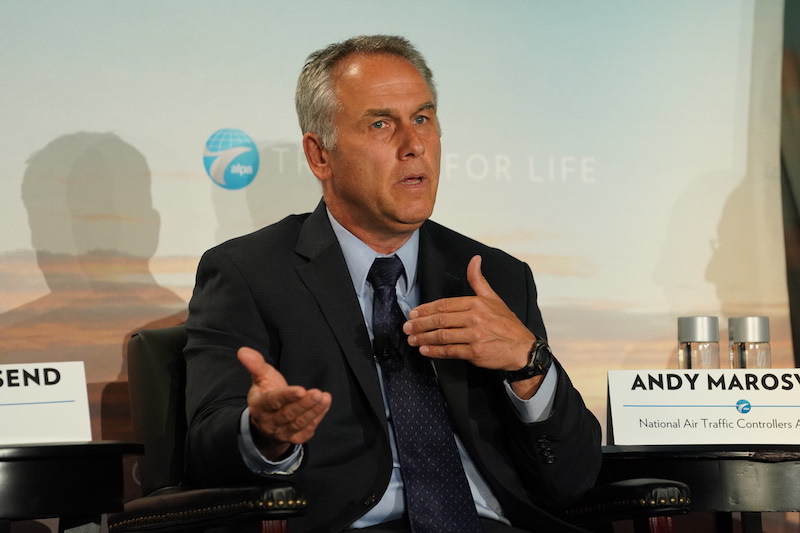 The forum brings airline pilots, subject-matter experts, and government and industry partners together for in-depth discussions to drive improvements in aviation safety, security, and pilot health in the U.S. and Canada.

“Previous to the hiring requirements the FAA has had the last few years, you didn’t need any background in aviation to be hired as an air traffic controller,” Marosvari said. “The aviation background helps, but we’ve found that sometimes people without any aviation background whatsoever can succeed.

“Most, however, do tend to come in with some background knowledge. These people with no experience, they would walk into New York TRACON or Southern California TRACON, and they’d have that wide-eyed moment, where they see all the traffic and have no clue how they’re going to make it. That’s why the training program takes so long. We have a program that trains people sometimes for three or four years before they go to work traffic.

To combat this, he said, NATCA and the FAA develop recurrent training and provide it to controllers to keep them well-trained and fluent in the operation.

“When people ask where your safety dues and other funding goes, that’s where it is, and with good reason,” Henegar said.

Another example of successful collaborative safety measures is the development of a tool to prevent wrong surface landings. Henegar asked Marosvari to explain.

“At the airports where this is being implemented, they’re making use of the ground radar and controllers are able to use it to look out on the final approach to determine if the aircraft is lined up to the correct runway,” Marosvari said. “As it is implemented, it will be tailored to each airport to their specific geometry. This taxiway arrival prediction tool has an alert, and if it goes off because the aircraft is not aligned, it’s a mandatory go-around for the aircraft that is aligned incorrectly.”

“The FAA and NATCA together took action and came up with this very effective tool. As it’s implemented over the next year or so, it will help prevent those types of issues,” Henegar said. “That’s what we do, is try to engineer every potential for error out of the system.”

Learn more about some of the FAA and NATCA collaborative safety initatives over the past two decades.