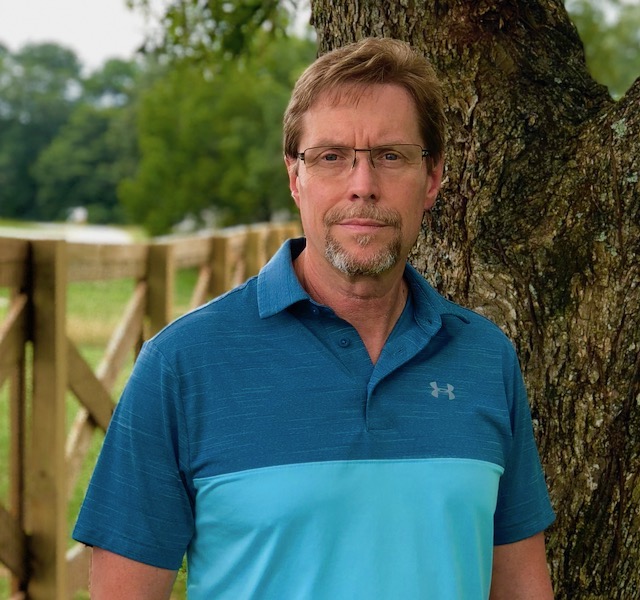 Anchorage Center (ZAN) Quality Control Specialist Scott Eastepp used his knowledge and previous experience in locating a lost visual flight rules (VFR) aircraft on Jan. 30, 2017, with a severe winter storm bearing down. After the family aboard the aircraft spent one night on a snow-covered abandoned airstrip, it was not looking good for them to spend a second night with another snowstorm headed their direction.

Pilot Josh Smith and his family left Lake Hood in Anchorage in a Cessna 180 and intended to fly 65 miles southwest to Kenai, which is located on the eastern shore of Cook Inlet. But when they didn’t arrive at Kenai Municipal Airport on schedule, a concerned family member alerted the Kenai Flight Service Station.

The team there performed a search for a flight plan but found no information or any contact with the aircraft. They transmitted an alert notice. When ZAN controllers received the alert, they immediately began looking for the missing aircraft along its intended flight route toward Kenai.

The aircraft did not have a transponder so the team relied on the departure time to help modify the search area.

After reviewing replays that produce a graphical replay of air traffic, Anchorage Quality Control located a possible aircraft target and tracked it until it descended below radar coverage. After locating another possible target in close proximity to the first target, Eastepp determined they were in a “see and avoid” scenario. He recognized the beacon code of the second aircraft and immediately called the parent company in order to contact the pilot of the second aircraft. The pilot of the second aircraft stated he did see the lost aircraft and overheard over the common frequency that the “lost” aircraft was headed up to Merrill Pass, which is 100 miles away from the pilots’ intended destination of Kenai.

Eastepp handed the case over to the Technical Operations personnel since he was no longer able to view the track since it descended below radar coverage. Technicians John Farley and Paul Mueller were able to pick up the trail and provide a general location of the lost aircraft, using an enhanced radar intelligence tool, which looks for discarded targets that do not appear on controllers’ radar scopes. They narrowed their search to a non-transponder-equipped, primary-only aircraft that departed to the north and continued west across Cook Inlet, away from their planned route.

The ZAN team relayed the aircraft’s last known coordinates to Alaska’s Rescue Coordination Center. With severe weather approaching, a U.S. Coast Guard Air Station Kodiak MH-60 Jayhawk helicopter crew set out to find the missing aircraft and located it not far from the coordinates that the ZAN team provided. The crew heard the plane’s Emergency Locator Transmitter, used direction-finding equipment and, when in range, saw a flare shot by the pilot of the plane.

The aircraft flipped while attempting to land on an abandoned snow-covered ridgeline airstrip.

Alaska search and rescue worked very well in this event with the help of controllers, technicians, and Flight Service. Their actions helped save the life of the pilot, his father-in-law, and his 12-year-old daughter.

(Read more about this incident from Coast Guard News.) 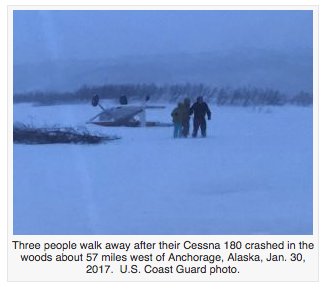