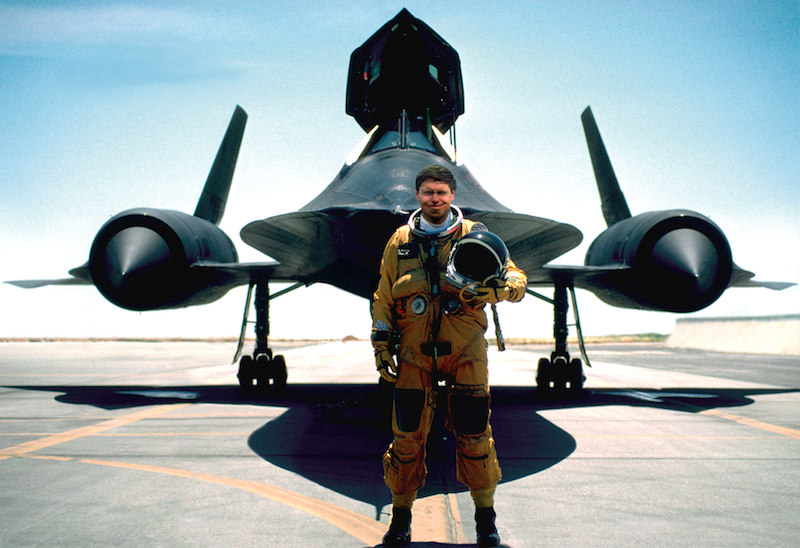 As an Air Force fighter pilot, Shul was shot down near the Cambodian border in the Vietnam War and severely burned in the ensuing crash. Initially given up for dead, he was finally rescued and spent one year in hospitals, endured 15 surgeries and was told his flying days were over. Amazingly, Shul returned to active duty flying, and became one of only 93 men in history to fly the SR-71 spy plane, the fastest jet ever built.

Shul masterfully uses his aviation slides and stories as a vehicle to tell a broader inspired story of hope, overcoming obstacles and daring to dream. From lying near death in the jungles of Southeast Asia to flying the world’s fastest jet, Shul shares his amazing story in this most unforgettable one-of-a-kind presentation that both inspires and educates.

Shul graduated from East Carolina University in 1970 with degrees in History and Anthropology.

He went on to become an Air Force fighter pilot for the next 20 years. During the Vietnam War he flew 212 close air support missions before his crash.

After much physical therapy, Shul became an air show demonstration pilot, was in the first A-10 squadron, and instructed at the Air Force’s Top Gun School. He culminated his Air Force career by flying the SR-71 Blackbird. He flew covert missions in the Blackbird for four years and was the pilot who provided the president with detailed photos of Libyan terrorist camps in 1986. During that time he became the only SR-71 pilot in history to fly three missions on three consecutive days.

Retiring from the Air Force in 1990, Shul became the first pilot to write a book about flying the Blackbird, completely illustrated with his own photography. This book, Sled Driver, won Aviation Book of the Year honors and is today the single most popular book on that plane worldwide.

Shul’s remarkable comeback story has inspired audiences worldwide. He is a Spirit of Freedom Award winner, has appeared on the History Channel, and in 2011 was inducted into the Air Force Legends Hall of Fame. Shul owns Gallery One in California where his nationally-acclaimed nature photography is on display.