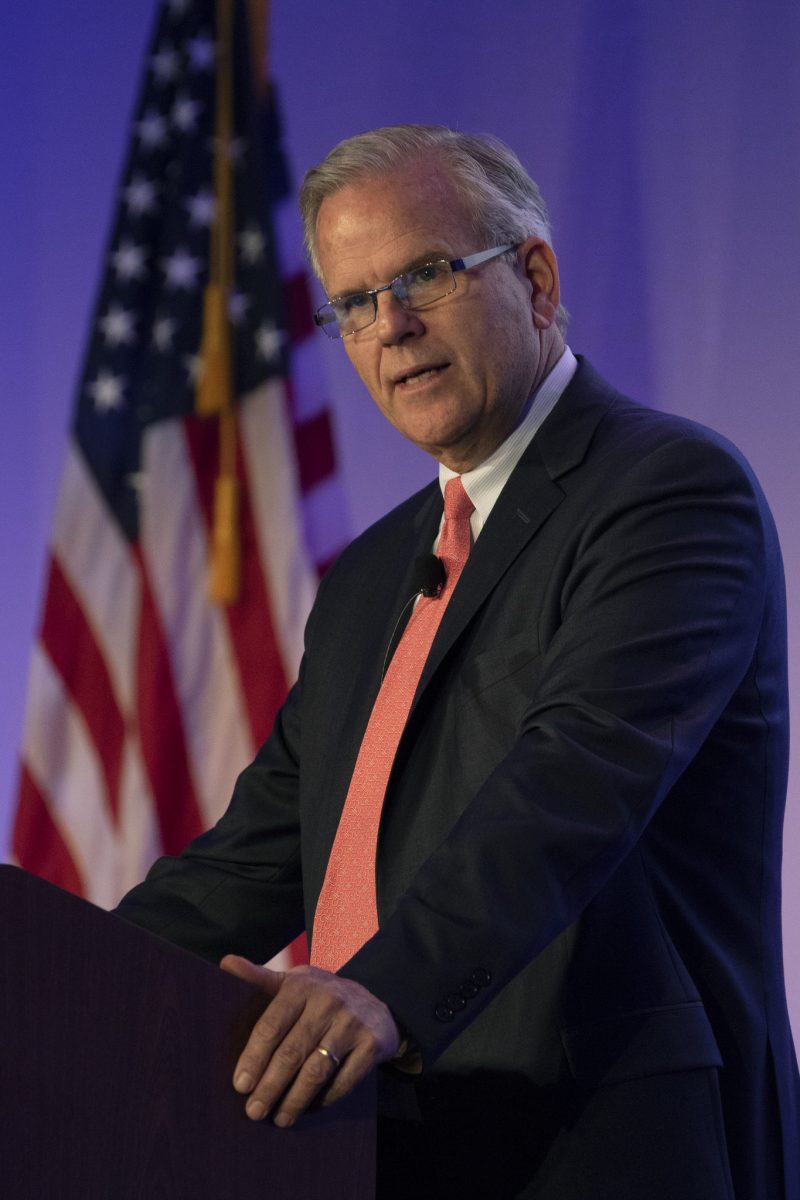 Acting Administrator Elwell will be a keynote speaker on Oct. 23 at NATCA’s Communicating For Safety conference in Las Vegas.

Prior to serving as Acting Administrator, Elwell was FAA Deputy Administrator, sworn in on June 26, 2017. He previously served at the FAA as the Assistant Administrator for Policy, Planning, and Environment from 2006-2008. Most recently, he was Senior Advisor on Aviation to U.S. Secretary of Transportation Elaine Chao. Earlier in his career, he served as a legislative fellow for the late Senator Ted Stevens of Alaska.

From 2013-2015, as Senior Vice President for Safety, Security, and Operations at Airlines for America (A4A), Elwell was responsible for leading the advancement of commercial aviation safety and security excellence for major U.S. air carriers. Prior to A4A, Elwell was Vice President of the Aerospace Industries Association (AIA) from 2008-2013. In this role, Elwell represented civil aerospace manufacturers and led policy development and advocacy for the civil aerospace manufacturing interests of more than 300 AIA member companies.

Elwell was a commercial pilot for 16 years with American Airlines, flying DC-10, MD-80, and B-757/767 aircraft. While maintaining his proficiency as an MD-80 Captain, he served as Managing Director for International and Government Affairs at American Airlines. He earned his pilot wings at Williams Air Force Base in Arizona after graduating from the U.S. Air Force Academy with a Bachelor of Science degree in International Affairs. Lieutenant Colonel Elwell retired from military service as a Command Pilot with more than 6,000 hours combined civilian and military flight time in the U.S. Air Force and U.S. Air Force Reserve, including combat service during Operation Desert Storm.

Elwell cited his time in the cockpit and his interactions with air traffic control in his remarks to NATCA members on May 21 at NATCA in Washington.

“This is cool for me. It’s a great opportunity to talk to this group because quite frankly, most of my speaking to controllers was done through a headset, a microphone, and with a few thousand feet separating us,” Elwell said. “I can tell you from my career in aviation, we are inextricably linked; our careers and our livelihoods. I for one, appreciate the many pickles I have been pulled out of during my too-long career.”

Elwell thanked every FAA employee in the room that day for “the job you do every day,” he said. “About 45,000 IFR flights per day, 31 million miles of domestic and oceanic airspace. To the layperson, this is nothing short of amazing but it is what you do every day. You have set an incredibly high bar.”

Elwell also discussed the success of the Air Traffic Safety Action Program (ATSAP). Over the past 10 years, he said, FAA controllers have submitted 147,000 ATSAP reports. From those, he added, 181 corrective actions have been put in place, which has not been limited to the removal of tree obstructions at Albany and frequency problems at Kansas City Center. “That’s 181 more ways to extend the safety margin so accidents don’t happen.”

“We are as safe as we are because we make sure we get things right,” Elwell added. “And when they’re not, we fix them.”