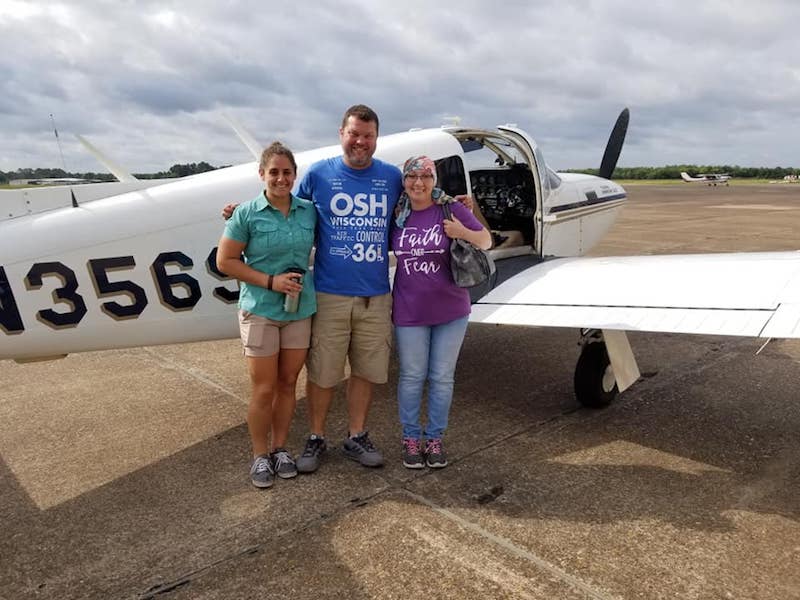 Flying for a Cause: ZHU Member Dustin Newell Takes Love of Aviation to New Heights

The aviation bug bit Houston Center (ZHU) member Dustin Newell at a very young age – 5 or 6 by his estimation – and it’s never let go over these past 35 years. In fact, he says, his love of flying has grown even stronger.

For Newell, next month will mark his 10th anniversary of being an air traffic controller, all at ZHU. It’s also the 26th anniversary of his first flight at age 14. His transition to ATC when he was 30 followed a job at ZHU in Tech Ops in the environmental unit. Before that, he was in the U.S. Navy as an aviation electrician. He also volunteered last July as part of the team of NATCA members who worked with pilots, kids, and attendees at the Experimental Aircraft Association’s annual AirVenture in Oshkosh, Wis.

But what started it all were those trips with his father to watch the F-18s and the F-4s fly over from Fort Leonard Wood in southwestern Missouri and practice dropping bombs and shooting targets. The military base was northeast of Newell’s hometown of Republic, Mo., just outside of Springfield.

“Ever since I can remember, I have loved flying,” he said. “I’d lay there in the backyard staring at airplanes as much as I possibly could.”

When he was 8 years old, Newell’s mother took him to see “Top Gun.” Not once. Not twice. But 26 times. Four years later, she took him to the Smithsonian Air and Space Museum to walk around and marvel at the machines of flight for three days. “I’ve had the bug,” he said. “I don’t know how to explain it totally. It’s just something that eats you up.”

Newell’s first time in a cockpit, in a Cessna 150 discovery flight, was at Springfield-Branson National Airport. That was it, he was hooked from just one takeoff experience. He also flew at nearby Aurora Airport. Then, as he puts it, life got in the way. He quit high school to join the Navy at 18 years old. He almost finished his pilot’s license work there. Then he got married, started a family, and moved to Houston. When he arrived, he said he was determined to finish getting his pilot’s license and instrument rating.

But a friend’s death in an aviation accident in Conroe, Texas, hit him hard. Then he and his wife grew their family with more children. Another seven years passed and he didn’t fly. But then eight years ago, he saw a Cessna 150 for sale, bought it, took it to a nearby airport and said, “‘well, it’s probably like riding a bike,’ and started flying again.” Now, he adds, “I try and fly every week.”

After he restarted flying again, he flew several Angel Flight missions to take patients to needed medical care. A conversation with another controller, Hugh McFarland of Houston TRACON, introduced him to Pilots for Patients, a Monroe, La.,-based organization providing free air transportation to those patients needing diagnosis and treatments at medical facilities not available to them locally.

Newell bought a Piper Arrow specifically for PFP to ensure patient comfort and be certified for IFR flight if needed. PFP began with five pilots in 2008 and now has over 140 pilots serving mostly the Louisiana and eastern Texas Gulf Coast region. In 10 years, PFP pilots have completed 4,357 missions, flying 1,611,750 total miles. Ninety percent of the patients are flown to and from MD Anderson Cancer Center in Houston.

Last week, Newell flew a breast cancer patient and her husband down from their home in Arkansas, saving them the 10-hour round trip it would have taken by car.

“That’s the last thing one of these patients wants to deal with after undergoing radiation or chemotherapy,” Newell said.

Newell said he used to fly his plane only for selfish interest and pleasure, sometimes going to get the “$100 hamburger” at a destination that required that much amount of money for fuel to get there and back. Now, he says, flying to serve others has become his passion, calling, and mission in life.

“What better to give back to humanity then fly these patients?” he said. “I spend the same amount of money and I get just pride and joy from it every time.”

Newell said he remembers his first flight for PFP, helping an elderly woman with cancer.

“She got to telling me her life story and it almost had me in tears,” he said. “What this lady had been through in her life was just astonishing.”

Big hugs at the end of each flight are what Newell said make it all worthwhile. “I know they appreciate what we’re doing for them,” he said. “I get the joy of helping them out and the joy of flying all in one so it’s a win-win.” 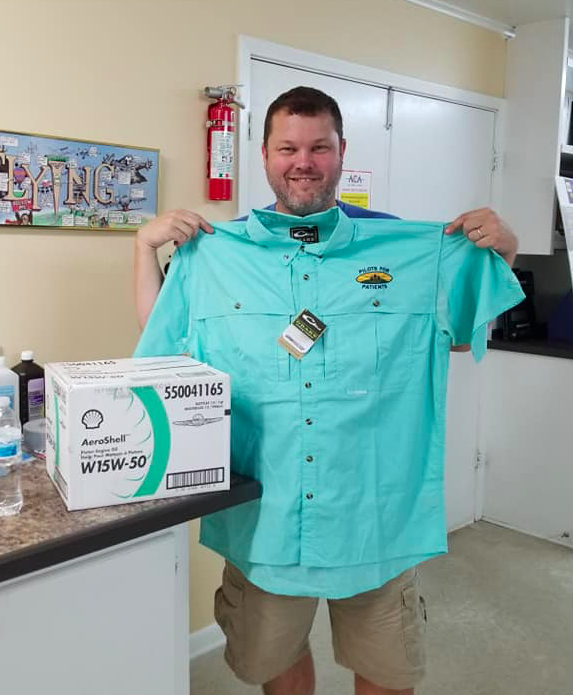 Newell just completed his 10th flight for PFP in August, which earned him a new PFP shirt and a case of oil from the organization (pictured at right). He soon completed his 11th mission and is eagerly awaiting No. 12 and many more.

The months of August and September also offer Newell a reflection on another anniversary, this one very negative. It was one year ago that Hurricane Harvey devastated the Houston area, and the Texas and Louisiana Gulf Coast region.

But he says the experience brought out the best of everyone at ZHU and other area NATCA facilities. “Everybody went to help each other out,” he says. He and many other members helped clean up and repair fellow members’ homes and others in the neighborhoods hardest hit including Kingwood.

Newell also found a way to help with aviation. He got word that controllers at Beaumont were isolated due to floodwaters there. They could not get home or obtain supplies. Newell teamed up with a friend from United Airlines and stocked two planes full at max weight full of food and supplies and delivered them.

Helping others through aviation. It’s what it’s all about, Newell says. 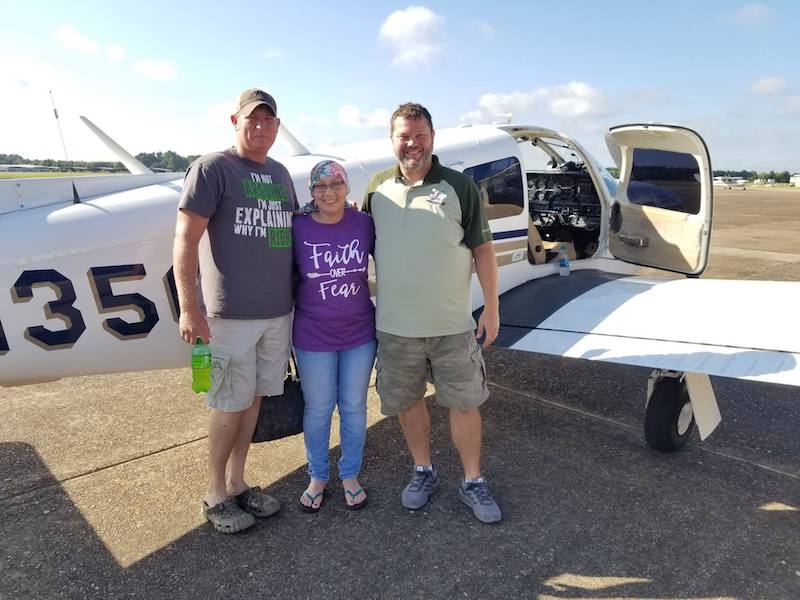