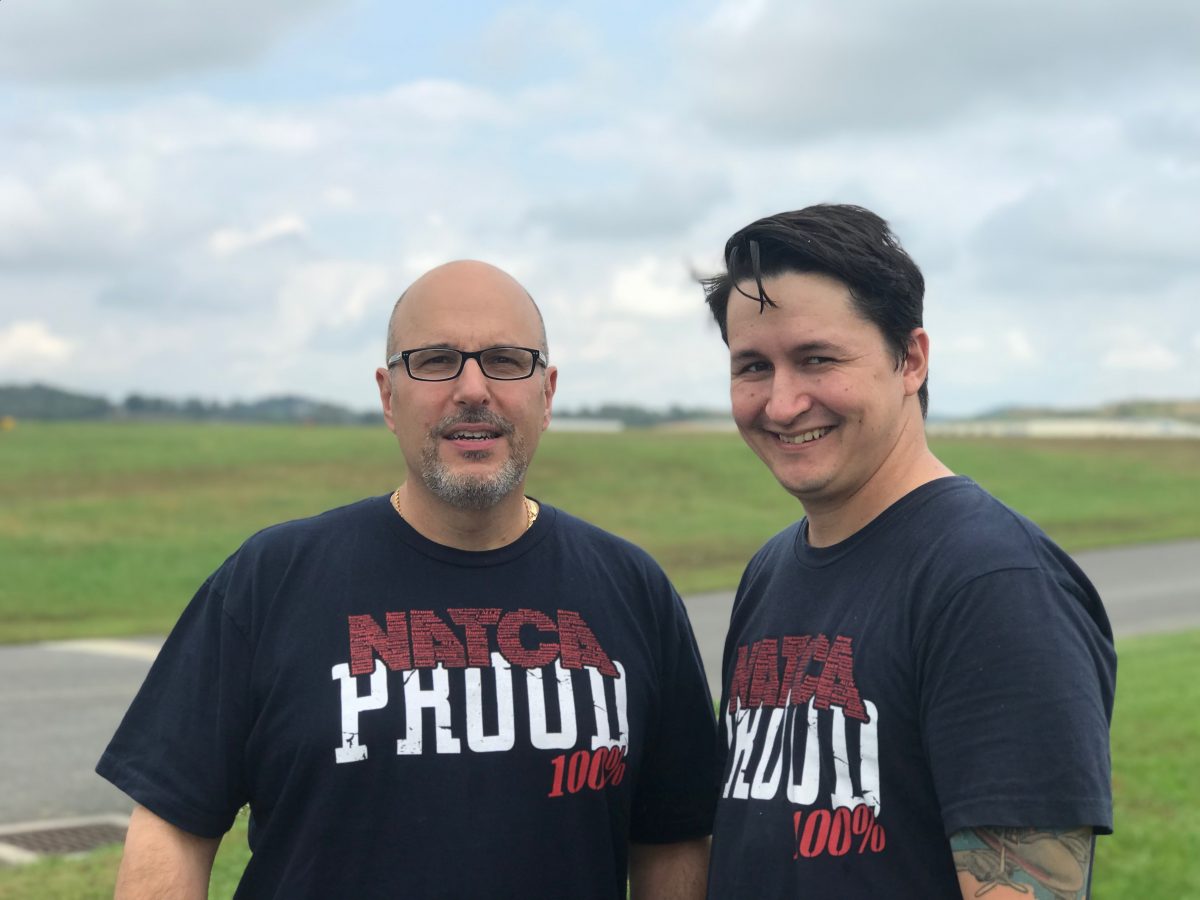 Jeff Haberland, a 28-year Federal Aviation Administration (FAA) veteran and the current NATCA FacRep at Clarksburg ATCT (CKB), teamed with Tim Krainak, who has been at the tower for his six years at the FAA, to help guide a pilot to a safe landing at an alternate airport last fall after icing conditions in the clouds led to a change in travel plans. Haberland was on the radio frequency with the pilot most of the 27 minutes of the event, but the pilot declared an emergency after Krainak took over the radar position.

The incident occurred on the afternoon of Oct. 29, 2017, as weather forced a Grumman American AA-5 headed to Maryland to shift its course northwest over the Appalachian Mountains. The pilot asked to land at Elkins-Randolph County Regional Airport when he checked in with CKB approach control.

Ice started forming as the four-seat light aircraft descended through the clouds. The pilot initially tried to compensate for the icing by flying lower. Haberland gave him the discretion to look for a clear spot between 6,000 feet and 7,000 feet.

Haberland provided weather reports for both Clarksburg and Morgantown, adding that the clouds were low throughout the airspace at that point. He said he had three hours of fuel.

As icing conditions persisted, the pilot requested a diversion to Yeager Airport in Charleston. He also asked if he could ascend as high as 10,000 feet to try to get above the clouds. Haberland granted both that request and the discretion for the pilot to maintain altitude between cloud layers at any clear point during his climb.

Even between cloud layers at 7,500 feet, ice formed on the leading edge of the wings. Haberland told the pilot he could descend another 500 feet on his current course and could go as low as 3,000 feet if he veered northwest toward Upshur County Regional Airport. But that altitude still wouldn’t be below the clouds. Braxton County Airport to the southwest was another option, he said.

Haberland briefed Krainak on the situation at shift change. Less than a minute later, the pilot asked to descend more. Krainak approved an altitude of 3,500 feet but said the pilot would have to declare an emergency to go lower than that on his current course because of the terrain and potential obstructions in the area.

Haberland and Krainak had been using the normal map that controllers use to determine minimum altitudes. Krainak switched to the more detailed Emergency Obstruction Video Map, or EOVM, when the pilot declared an emergency.

Using the map, Krainak initially vectored the pilot toward Braxton County Airport but had second thoughts because of the weather there. He redirected the pilot toward Upshur County Regional Airport and approved an altitude of 2,200 feet.

At 2,900 feet, the pilot said the ice was starting to melt. The pilot asked for and the controller gave vectors for the RNAV 11 at W22. The controller then vectored the aircraft toward the airport. The pilot reported it in sight and was cleared visual approach. The pilot transmitted they were touching down.