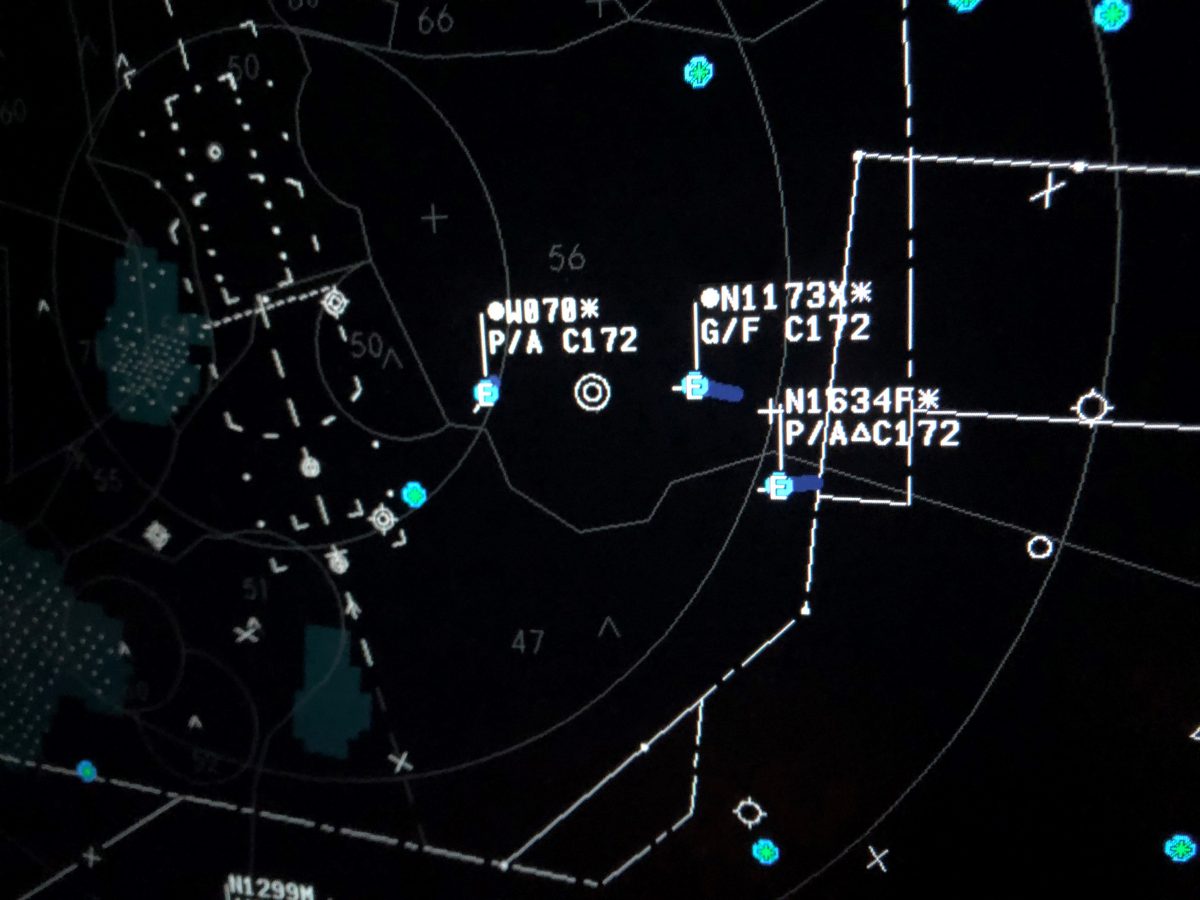 NextGen radar and ADS-B technology is helping to remove blind spots in the mountains near Asheville, North Carolina, easing the workload for controllers and boosting efficiency and safety for the airline, military and general aviation pilots who use the airport and airspace.

NextGen radar and ADS-B technology is helping to remove blind spots, easing the workload for controllers and boosting efficiency and safety for airline, military and general aviation pilots who use the airport and airspace.

The action started in June 2018 when the FAA installed the Fusion upgrade to the Standard Terminal Automation Replacement System (STARS) in the terminal radar approach control facility (TRACON) at the Asheville Regional Airport.

Before Fusion, STARS relied on only one airport surveillance radar at the airport. Fusion blends multiple radar feeds from other locations as well as input from seven ADS-B radio stations distributed throughout the Asheville area. The ADS-B radios receive surveillance data from ADS-B Out-equipped aircraft and transmit that data to the TRACON. Fusion combines all the surveillance inputs and displays the most accurate information to controllers. Benefits will increase as more aircraft equip with ADS-B Out ahead of the 2020 deadline.

“What we do has always been safe,” said Asheville Air Traffic Manager Michael Silvius, “but this upgrade improves efficiency in addition to giving us a safety boost.”

For controllers, Fusion provides aircraft position information at lower altitudes and farther from the airport. In many cases, controllers can see aircraft equipped with ADS-B Out all the way down to the ground, even at some distant airports.

Bill Curcie Jr., the NATCA FacRep at Asheville TRACON, said before Fusion, IFR aircraft arriving into Asheville’s airspace at 6,000 feet altitude from the east would not show up on controllers’ screens until 5-8 miles into Asheville airspace. Similar issues at higher altitudes occur for aircraft arriving from the north and west. When controllers do not have surveillance data on a flight, they have to block relatively large tracts of airspace around its expected path.

“Now when they’re at 6,000 feet, we see them about 5-8 miles outside of our airspace,” said Curcie. With surveillance, he and the other 14 controllers at the facility are able to better use the airspace by reducing separation between aircraft to as close as 3 miles to either side of the course. He said the upgrade eliminates the workload of remembering aircraft that they can’t see on the display. “It makes us far more comfortable,” he said.

For the many general aviation and military aircraft flying in the Asheville area, the enhanced surveillance in the TRACON means they can receive more effective flight following, which means controllers can point out more traffic. Along with military and Civil Air Patrol aircraft that train in the mountains, Gulfstream Aerospace also tests some of its new business jets in the area. “We can now see aircraft that are out there playing at low level, and we can provide them with advisories on traffic,” said Silvius.

Aircraft equipped with ADS-B Out get an additional surveillance advantage – coverage that in many cases extends to the runway. Thirty miles north of Asheville is a private airport called Mountain Air, located within a golf course in the shadow of mile-high Mount Mitchell. “A lot of aircraft fly in and out of Mountain Air,” said controller Ryan Chase. “We see them and can point out traffic. We couldn’t do that before.”

The efficiency boost should also be a boon for airlines serving Asheville, including Allegiant, American, Spirit and United. It’s too soon for quantitative data, but Silvius has seen a qualitative bonus.

“Playing Monday morning quarterback, we can see that controllers are able to better utilize the airspace, which is a benefit to airlines,” said Silvius. “If we see the aircraft sooner, we can turn them sooner and get them a more direct path to the airport, saving time and fuel.”