CFS Panel: Aviation Industry’s View From Outside the FAA

NATCA Director of Safety and Technology Jim Ullmann and Brenda Boone, President of Human Solutions, Inc., led a discussion exploring the view that other segments of the aviation industry have about the Federal Aviation Administration (FAA). Topics included safety, modernization, airport and airline operations, legislative affairs, and funding.

“Do you believe there is a change in how NATCA is viewed?” asked Jim Ullmann. 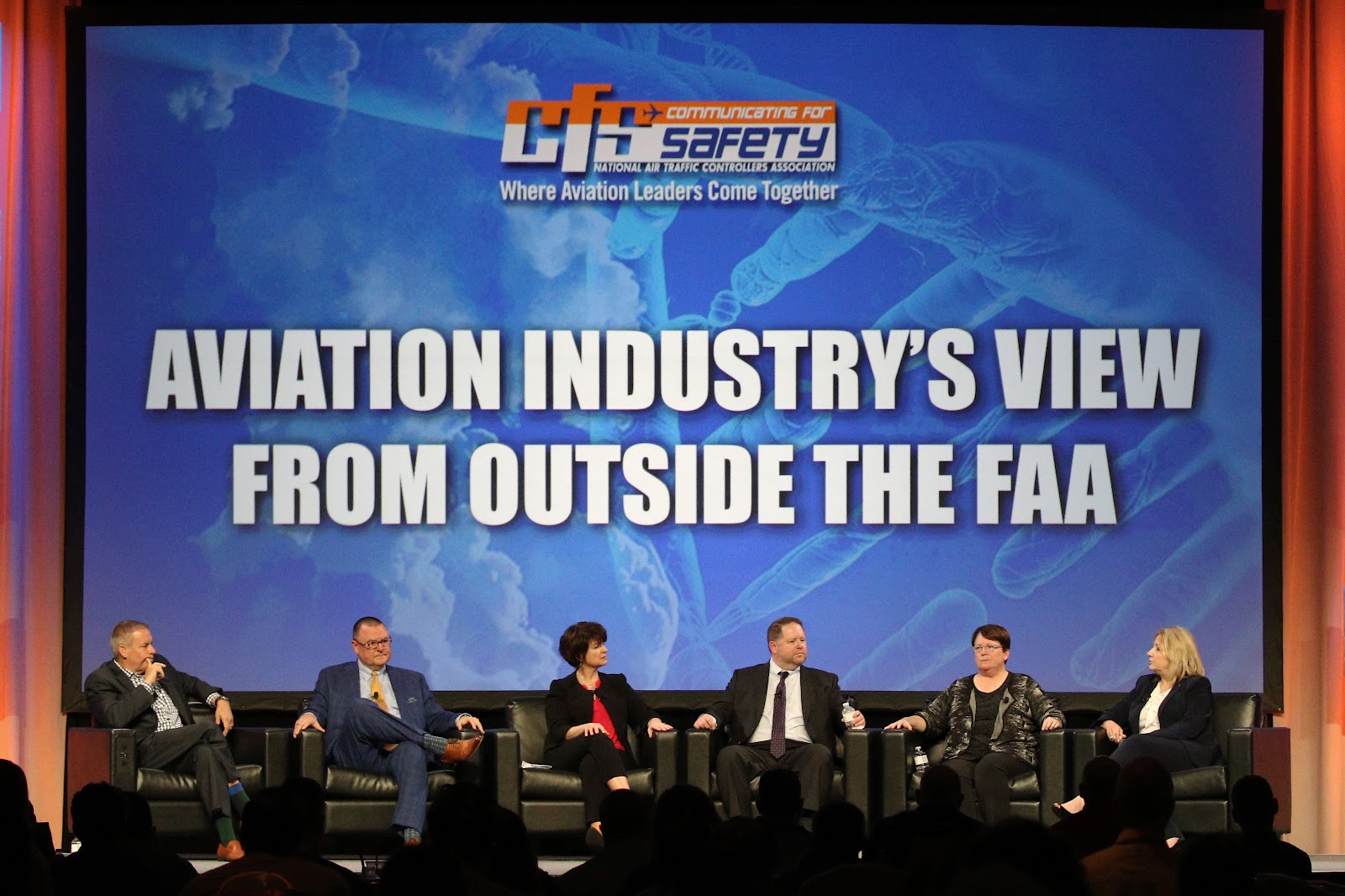 Rachel Jackson cited major awards presented to both NATCA President Paul Rinaldi (2016 Glen A. Gilbert Memorial Award, by the Air Traffic Control Association) and NATCA Executive Vice President Trish Gilbert (2018 creation of a new permanently-endowed scholarship in her name, by the American Association of Airport Executives) as indicative of how NATCA is viewed and respected.

Donna McLean recalled the dark days of the White Book and delighted in how much things have changed for the better. “Controllers (back then) were asking if they can wear shorts and have coffee on the consoles,” she said. “Now, the discussion is how the industry can solve its problems. That’s fantastic.”

Jarrod Thompson noted that Congress has a large effect on controllers’ jobs. “But over the last decade, when I notice I am on the Hill, you have tremendous leadership and bipartisan relationships, and you’ve done something that’s hard to do on Capitol Hill, and that’s educate them on what you do,” he said, directing his attention to the mostly NATCA-member audience. “You have a much better understanding of the work that goes on in the background.”

Todd Hauptli said that while AAAE and NATCA don’t agree on every issue, “I don’t know of a time where I picked up the phone and asked and heard anything other than, ‘let’s make it work.’”