The Surface Safety panelists detailed wrong surface events that happen in the National Airspace System (NAS). A wrong surface event is where an aircraft approaches or lands at the wrong airport, on the wrong runway, or lines up on a wrong taxiway. A little over 1,000 wrong surface events have occurred over the last two and a half years, and they are considered part of the top five hazards in aviation, according to the Federal Aviation Administration (FAA). 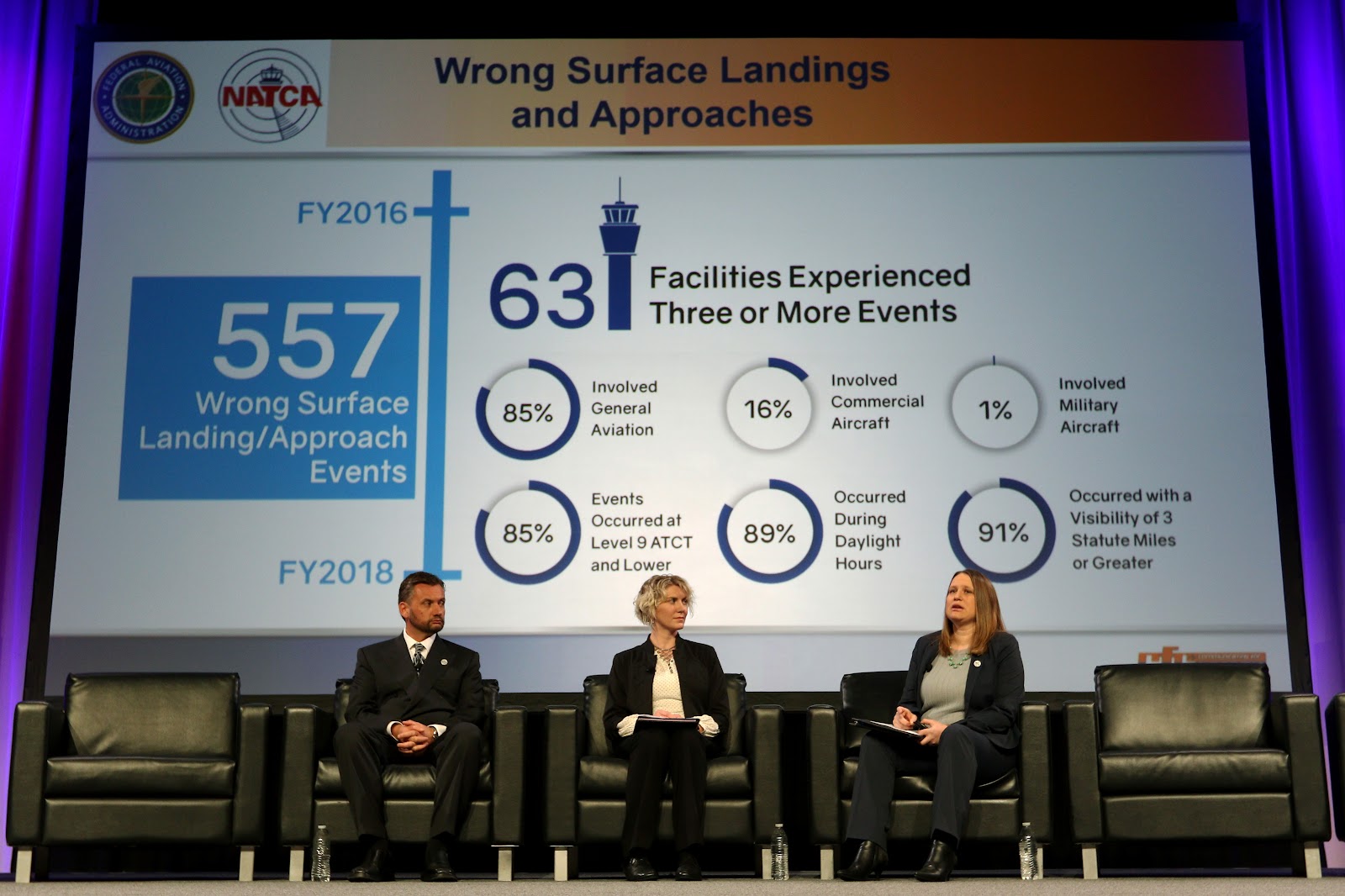 Ninety percent of these wrong surface events happen with general aviation aircraft and 10 percent are with commercial aircraft.  During wrong surface departure events, 85 percent of the events occur with general aviation pilots, and the rest involve commercial aircraft. These events are mostly happening during clear Visual Flight Rules (VFR) days. The highest frequency of these events occurs in level nine facilities and below, and experienced pilots are committing these events just as often as newer pilots.

Emily Banuelos discussed the types of runways these events occur on most:

Banuelos also said that McCarran International Airport (LAS) has all the risk factors for wrong surface events to occur because they have the type of runways where wrong events have been reported at other locations. She said that LAS has all of the airport geometries identified as contributing factors in both wrong surface arrival and wrong surface departure events.

Bridget Singratanakul (DFW) stated that discussions and processes have begun on how to address the issue, including adding wrong surface events to ATC recurrent trainings, creating working groups with industry partners to bring a heightened sense of awareness, and to put best practices in place. She encouraged controllers to continue filing reports of wrong surface events in order to help the National Safety Committee collect and assess data, develop mitigations and measure the effectiveness of those mitigations.

Dan Hamilton discussed the procedures that have been put in place thanks to ATC input and reports that have been filed. Airport Surface Detection Equipment, Model X (ASDE-X), is technology that has been created to allow controllers to track surface movement. This technology is being enhanced to include an alert for aircraft that align to a taxiway. This technology verification is currently being used and evaluated at Seattle ATCT (SEA), and will eventually be moved to the other 35 ASDE-X sites.