FAA Acting Administrator Dan Elwell delivered the keynote address on the second day of CFS. He congratulated NATCA on its re-election of Paul Rinaldi and Trish Gilbert to their fourth terms as President and Executive Vice President, respectively. “Aviation has been well served by Paul and Trish’s leadership,” he said. 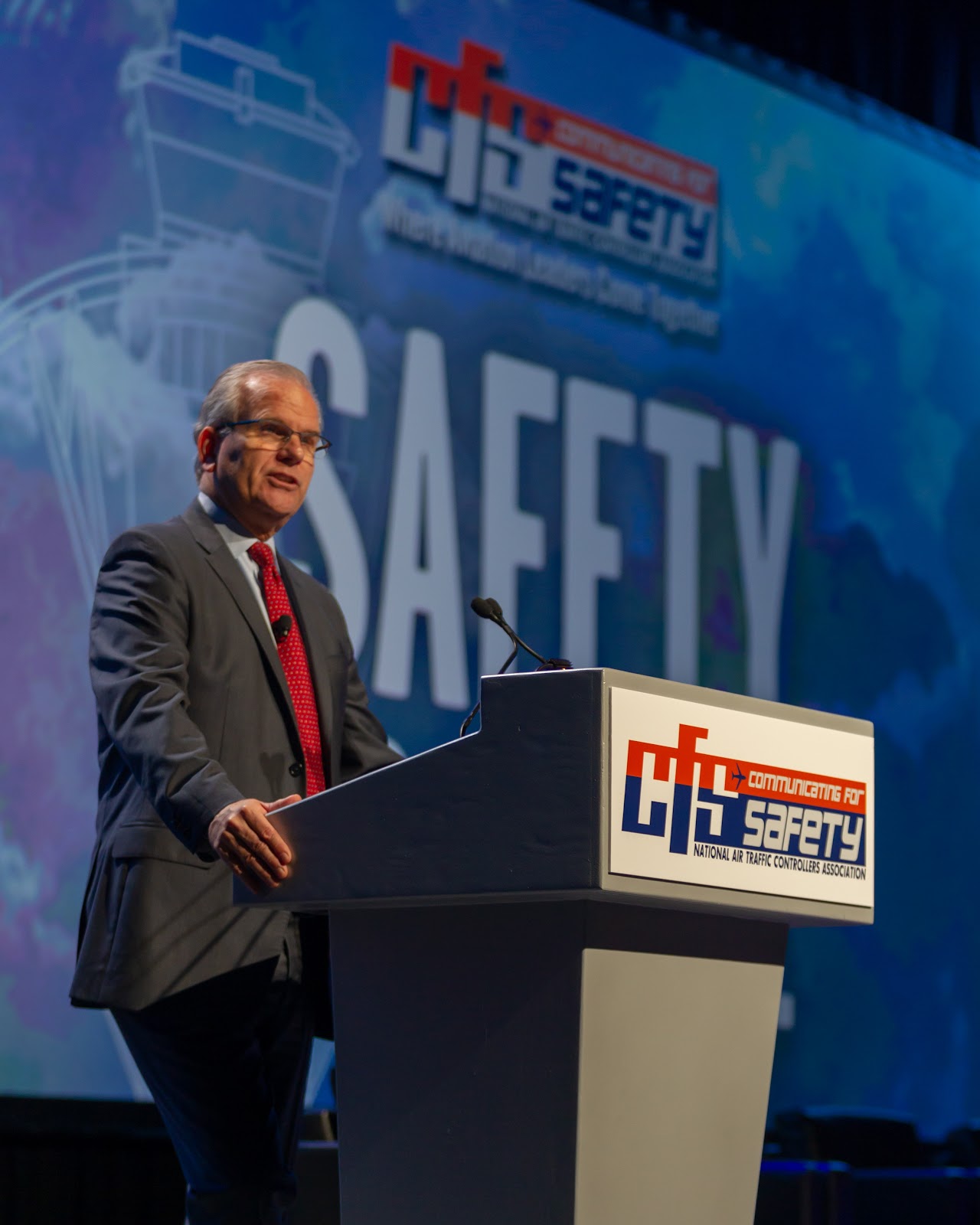 He spoke to the audience about the recently signed five-year FAA Reauthorization bill. He said that this is the longest reauthorization bill the FAA has had since 1982, and it gives the FAA a clear vision for the next five years. He talked about three topics specifically discussed in the reauthorization bill. First, he said, the new bill closes a loophole that previously prevented the FAA from identifying drones in the National Airspace System. It also gives new authority to the Department of Justice to take action against people using drones for ill intent. Second, he said that Congress authorized 236 percent more funding for commercial space. In fiscal year 2018, Elwell reported there were 32 commercial space launches and three reentry’s, and there will be at least 50 in FY2019. Third, he discussed supersonic technology being reintroduced into the National Airspace System, with aircraft to be unveiled in the near future.

“Controllers will have to tackle all of that, and we are committed to making sure you are using the best and most efficient equipment,” he said. “It’s pretty clear that we have a lot of work to accomplish over the next five years, and NATCA is an invaluable partner to the FAA. When it counts, you stand up and you step up when extraordinary moments occur.”

The Acting Administrator thanked all the NATCA Members in the room for their continuous dedication, and he congratulated those that would be recognized during the Archie League Medal of Safety Awards. He said the goal is safety, and it’s not something anyone should compromise on. “We fought long and hard to become the world’s gold standard and that’s not something we are going to step back on,” he said. “With NATCA by our side, I know we will reach new heights with safety and innovation,” he concluded.