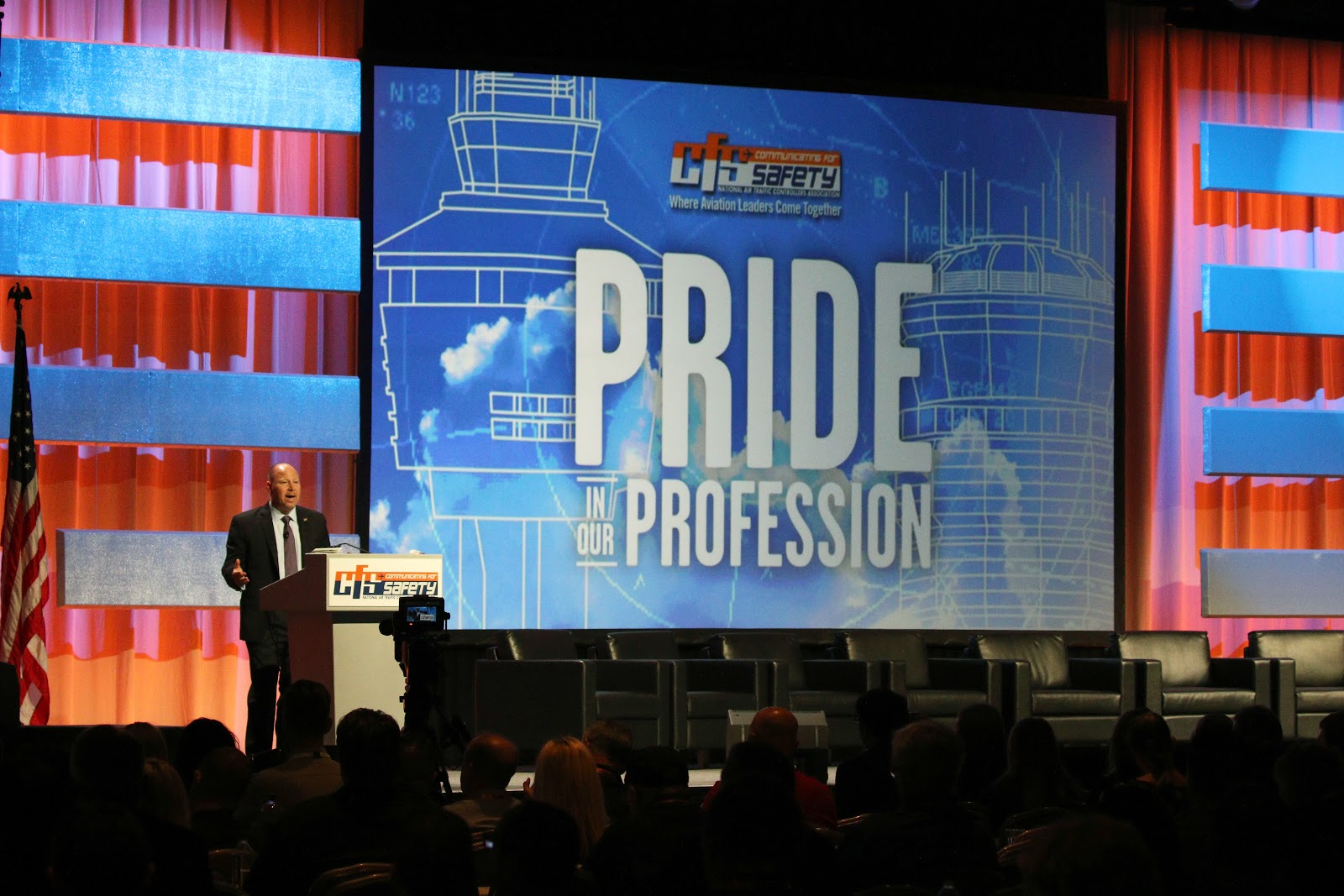 NATCA President Paul Rinaldi spoke to the world’s premier aviation safety conference – Communicating For Safety (CFS). In front of nearly 2,000 attendees, he told them that “safety is in our DNA.” He focused on events that have happened over the past 18 months, since the last CFS conference. He reminded the audience of the numerous hurricanes that have occurred, devastating wildfires, shootings, and even the theft of an airplane, with the person having no intention of landing the airplane safely. “There have been so many situations like this throughout the last 18 months, and every time air traffic controllers have played a role, and risen to the occasion to keep the ATC system running, safely and orderly. Thank you for all that you do each and every day,” said Rinaldi.

Rinaldi also spoke to new technologies that have entered the National Airspace System (NAS). “Drones have made a huge impact on the NAS. In addition to surveillance on pipelines and monitoring railroad tracks, drones will soon be flying over our heads, delivering packages and materials to us. This is the reality we are facing now, and we have to adapt to it.” He added that the entrants of commercial launches in the NAS are growing exponentially, with the United States taking the lead on these launches. “We have to change to meet the challenges of the future, because if we don’t, the changes will occur, but we [NATCA] will have no say.”

For the first time since 2007, Rinaldi did not have to talk about the lack of FAA reauthorization, since Congress recently passed a five-year FAA Reauthorization bill. “It’s hard to believe since 2007, we have had 29 short-term extensions, but let’s not think this discussion is over.” He spoke about the President recently asking each cabinet agency to cut spending by five percent. With ATC staffing still a problem throughout many facilities along with outdated equipment, dwindling resources, and aging infrastructure, Rinaldi emphasized the need for stable funding. “Now of all times is not the time to cut resources,” he said. “In essence, that’s why we’re here, to address in an open dialogue, safety and the impact in our ATC system.”

In closing, Rinaldi emphasized that safety is always the goal of the aviation safety professionals NATCA represents, but “we will never say that the safety of the NAS is complete.” He gave the example of the commercial airline fatality that happened in April after a catastrophic engine failure on Southwest Airlines Flight 1380, requiring an emergency landing in Philadelphia. “This was the first U.S. airline fatality since 2009. The pilots and ATC did everything right,” he said. “This event reminds us how unforgiving mishaps in aviation can be.” Paul said that ATC must work daily to build the strongest aviation system available with modern infrastructure, using the finest professionals. “We have these next three days of fruitful discussion and dialogue to focus on the safety of our aviation system.”