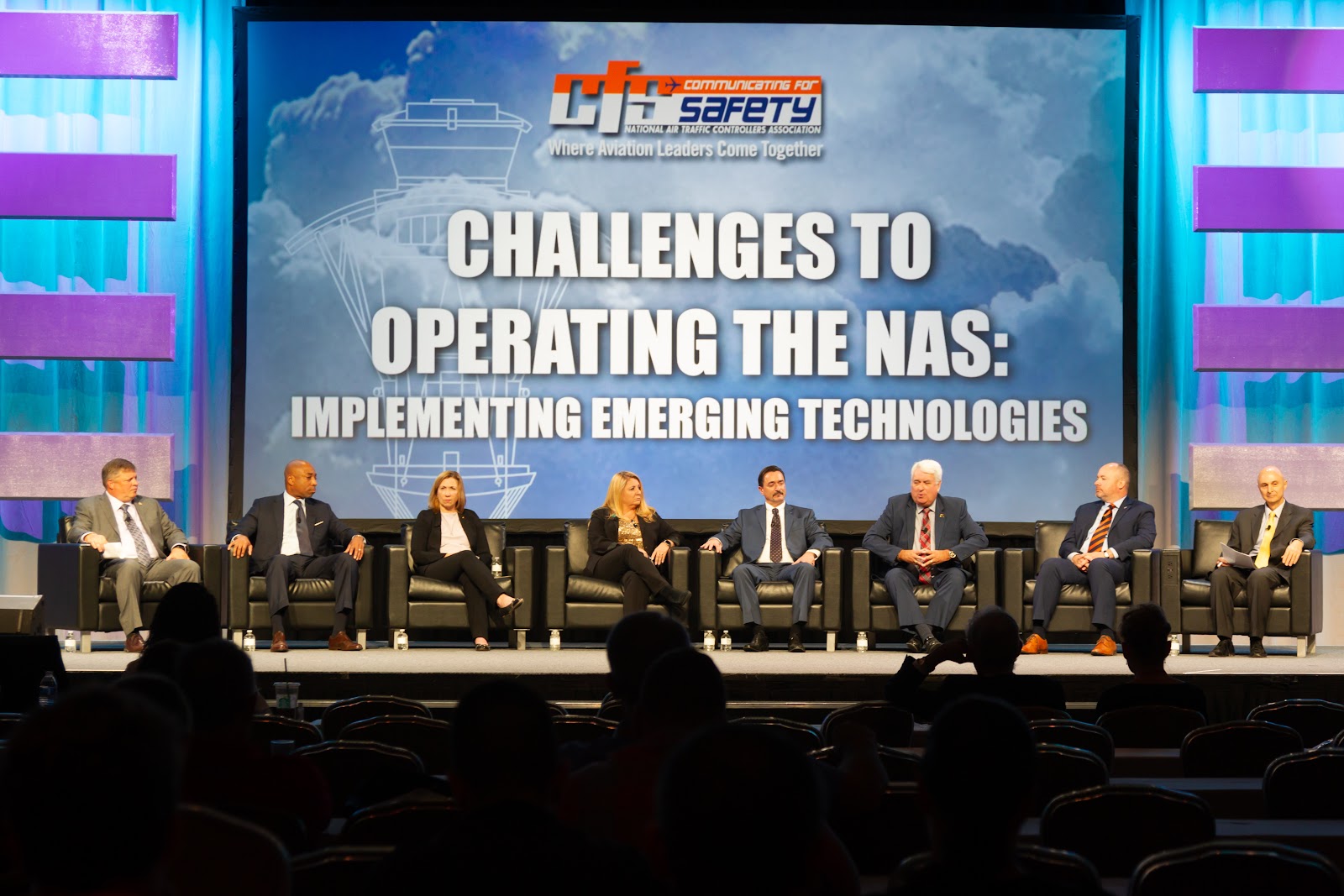 Trish Gilbert called funding the number one challenge to efficiently operating the NAS. She said the number two challenge is the mandatory six-day workweeks for controllers at many facilities around the country.  “It’s very positive that we have an FAA bill for five years, but we only have a government funding bill through December 7th. So again, that is a challenge.”

Gilbert also cited mandatory six-day workweeks for controllers at many facilities around the country as another challenge, but added, “We are working collaboratively on staffing to keep FAA Academy seats full and hire to max capacity. The experienced bid helps. We have to make sure we can get facilities healthy and away from lengthy workweeks and into position to accomplish the training and implementation of new technologies.”

Lori Garver also talked about funding and lamented the relatively small amount of money that aviation receives from Congress compared to other entities like NASA and highway bills. “We need to make our case for more funding,” she said. “We contribute more to the economy than anyone.”

“We are finding ourselves at the second golden age of space,” Eric Stallmer said. “An incredible rise in launches, along with innovation and investment into the aerospace community. It is changing the dynamics of how we operate. Last year, we had 25 commercial launches. We’ll have 30 this year. That has a very big impact on ops in the NAS (National Airspace System). How do we get everyone involved? It’s been a challenge but it’s eye opening and it’s great to work together.”

Paul McDuffee said Boeing HorizonX is developing a number of technologies and conducting research and testing. “We’re in a test and learn phase,” he said. “We’re finding where the risks are and how to appropriately mitigate them. It’s an exciting time. You’re (NATCA) going to be a major player in this discussion, I’m sure.”

Space-Based ADS-B has come a long way already in its development, Vincent Capezzuto said. The next Aireon launch will occur before the end of the year. Aireon has already launched 60 operations satellites. “What we’re doing at Aireon is a game changer,” he said. “What’s good for the United States is good for the world.”