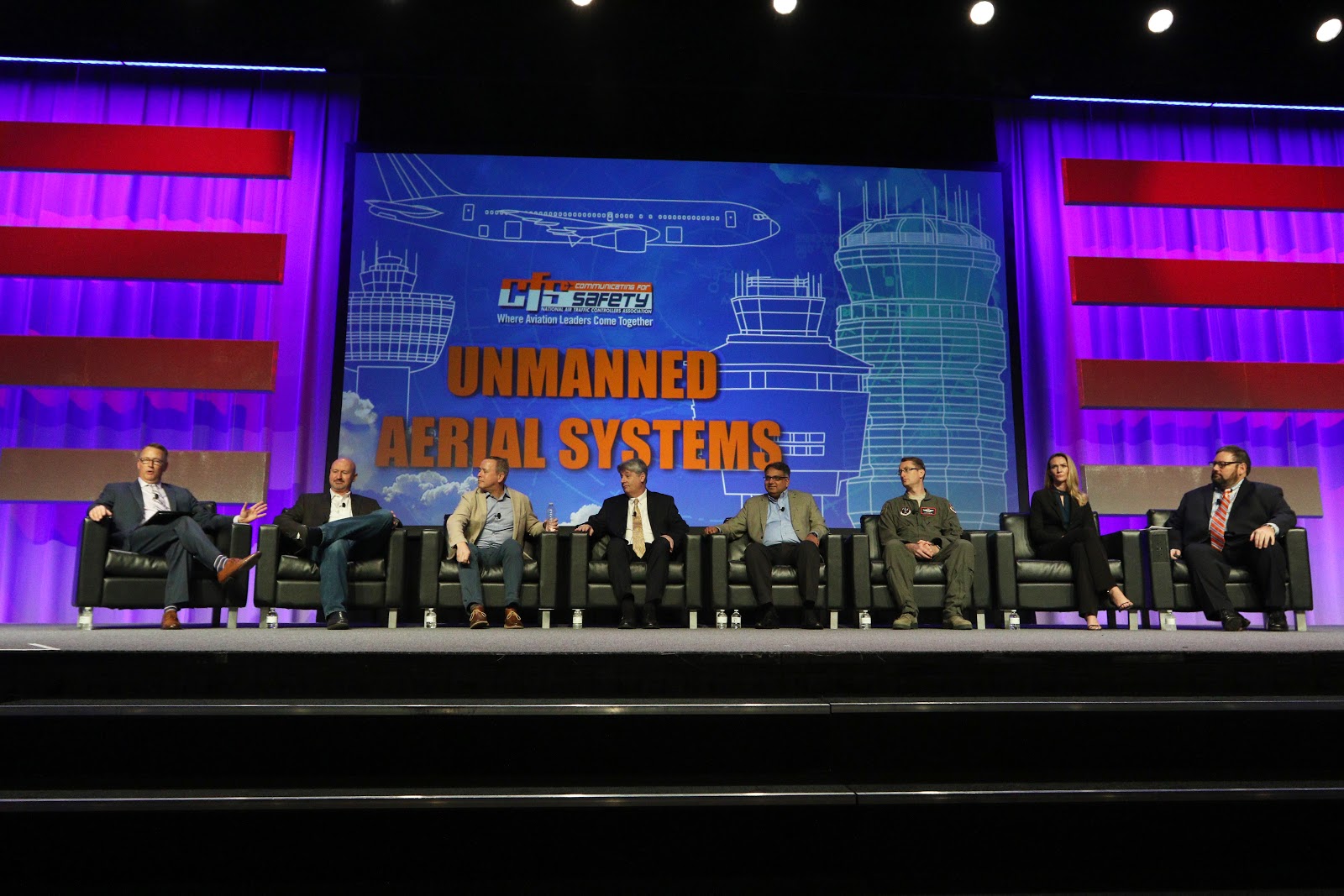 Unmanned Aerial Systems (UAS), also known as remotely piloted aircraft, are the fastest growing entrants into the National Airspace System (NAS). As more and more UAS enter the airspace, the Federal Aviation Administration (FAA) and industry are working with ATC to create safe processes and regulations for UAS to integrate with commercial airlines and general aviation.

Randy Willis said to streamline the process, the FAA has been authorizing more certificates of operations with less, unnecessary requirements. “There are thousands of (UAS) operations that have been taking place, and the FAA is gaining the baseline knowledge to simplify the ability for more to enter the airspace,” he said.

Parimal Kopardekar added that the FAA and NASA have been working very closely to implement Unmanned Aircraft Systems Traffic Management (UTM) Systems and spoke about Low Altitude Authorization and Notification Capability (LAANC) as the foundation of a successful tool created to give drone users near real-time authorization from the FAA. “LAANC uses airspace data, including UAS facility maps, that show the maximum altitude around airports,” he said.

Sean Cassidy said that with UTM, it’s seamless to function below the ATC airspace and it doesn’t create a distraction, or encumber the controllers’ work.

Dallas Brooks said that drone operations are performed at a very detailed level, and in the same way whether it’s light or heavy UAS. The airspace his UAS center utilizes is Mississippi State University-managed Certificates of Waiver or Authorization (CoA) airspace, but they still try to behave like it’s any other normal airspace with normal airplane patterns.

Syracuse ATCT (SYR) controller Sandy Gregoire, knows what it’s like to manage UAS in her airspace, along with commercial and general aviation, since this is a daily practice at her facility. “Surprisingly, working unmanned traffic is just like working any other aircraft,” she said. “It only becomes challenging when we have to use rules that we don’t have in place.” Gregoire said that workarounds have to sometimes be created for the UAS to land and adjustments occasionally have to be made, but now the UAS are treated just like regular manned aircraft.

Lt. Col. Brown gave the alternate perspective, as one who previously piloted planes, to now being the operator of unmanned aircraft. “The difference is pretty stark. The space to operate is drastically different, you can’t feel the wind gusts to manage the aircraft, and you’re basically looking through a camera the size of a soda straw,” he said. They prefer to be called remotely piloted aircraft, not unmanned drones.

Finally, the panel discussed current barriers to the integration of UAS into the NAS, and how to improve them. They conferred about the agility and speed of the UAS approval process within the FAA, but gave credit to the numerous forward-thinking people that are great to collaborate with, and are constantly working to streamline processes. There was also the discussion of implementing detect and avoid (DAA) into the aircraft, which would help to prevent numerous collisions. There was agreement that integration will be achieved when no authorizations or waivers have to be made for UAS, and they will be able to fly just like the other vehicles.