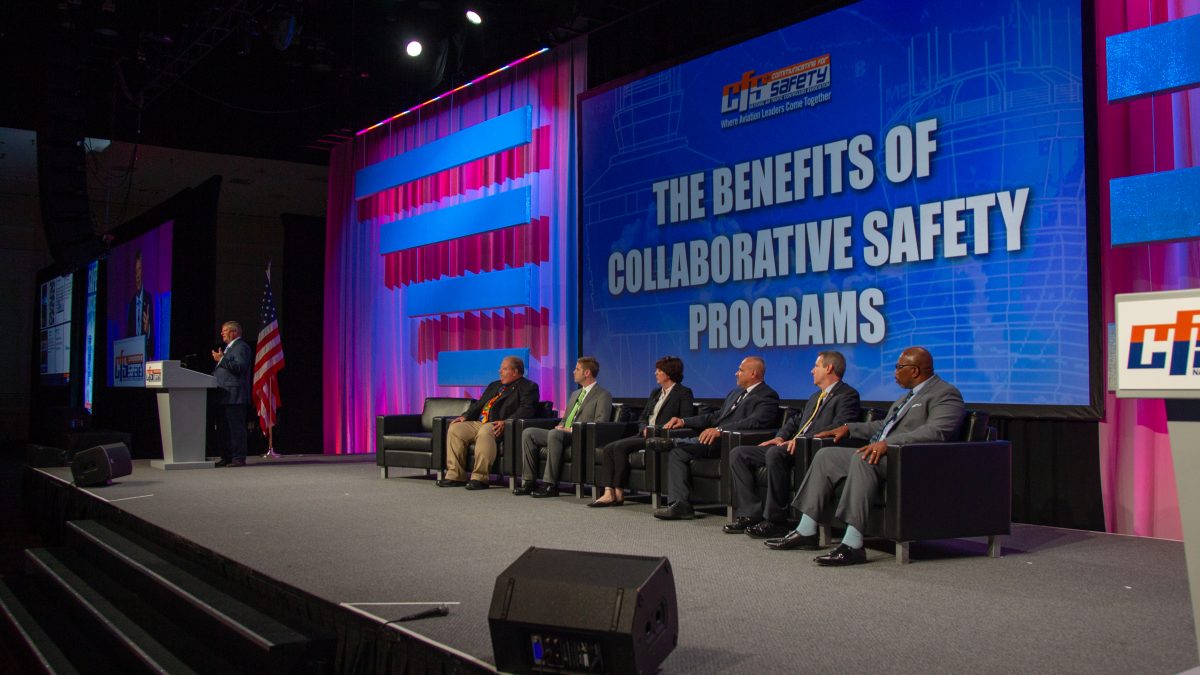 It only takes one. One aviation accident that occurs because of a safety issue that was not raised, or discussed. One slip through the cracks.

That was the takeaway from the first panel at CFS 2018. The discussion detailed the success of collaborative safety programs, which have yielded hundreds of thousands of reports and led to the resolution of many safety issues. Panelists credited the rise of a robust safety culture that replaced a destructive punitive culture, with ushering in an era where non-punitive, confidential safety reporting programs give the National Airspace System the best opportunity to improve safety and prevent problems from becoming disasters.

“We’re in the business where it only takes one screw up,” Schilz, a veteran Delta Air Lines pilot, said. “For us in the cockpit, it’s not just flying the airplane. It’s not just talking on the radio. We’re the only two people to see something that keeps the next two people coming down the pike from seeing the same thing. It’s part of your jobs. You’re professional controllers. If you see something going on, it’s part of your job to report it. It’s that important.”

Mike Blake said that there have been 165,000 Air Traffic Safety Action Program (ATSAP) reports in the 10 years since ATSAP was started. Of those, 95,000 have been shared with the Aviation Safety Information Analysis and Sharing Program.

Before ATSAP, a contentious labor-management relationship created a very negative operational environment. “We had the three strikes rule; three operational errors,” Blake said. “That didn’t help things along and it didn’t help our reporting culture. Voluntary reporting programs certainly helped us and it doesn’t allow for disciplinary action against those who want to bring safety issues forward. It’s pretty much night and day from where we were.”

Chrissy Padgett detailed how local safety councils are in place at every FAA facility, including a minimum of one NATCA representative and one management representative. “We give them access to the safety data portal. Once inside of the portal, LSC members have access to ATSAP information. If the submitter chose to share the information back with the LSC, they can see the de-identified narrative and recommendation. It’s great data.” She added that the next step will be to add Confidential Information Share Program (CISP) pilot reports.

Ernesto Lasen said facilities are openly discussing topics they did not before. “Little things are making the big differences in safety,” he said. “We have gotten away from that ‘blame culture’ and we’re looking toward the just culture, the learning culture. We are looking to learn from each other.”