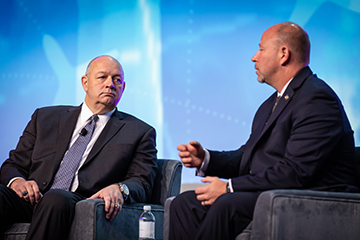 “NATCA congratulates Steve on being nominated as FAA administrator, and we strongly support his confirmation by the U.S. Senate. This is a well-deserved appointment for Steve, who has had an accomplished career, including his serving as an F-15 fighter pilot in the U.S. Air Force and his 27 years at Delta Air Lines where he has been a respected leader in the aviation community. I have served with Steve on the FAA’s Management Advisory Committee.

“Throughout his career, Steve has been a staunch advocate for aviation safety, and we share that commitment to the safety of our National Airspace System. NATCA and the FAA have a successful working relationship that has enabled notable progress on modernizing the National Airspace System and building a stronger workforce. If he is confirmed, we will look forward to working with Steve to continue this relationship.

“NATCA also thanks Dan Elwell for his leadership of the Agency as acting administrator.”