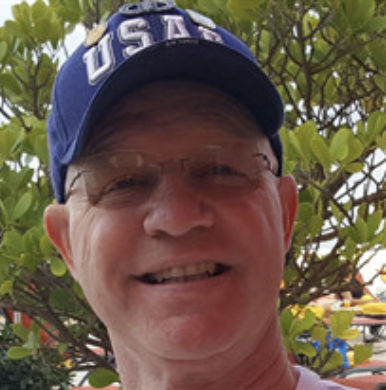 The NATCA family lost a beloved brother earlier this month. Longtime Grand Forks ATCT (GFK) member and FacRep Chuck Adams died after a long battle against a glioblastoma brain tumor. He was 58.

Chuck was a leader, an instructor, a mentor, and a friend to so many, both inside and outside the ATC profession, leaving a profoundly positive and uplifting impression on everyone he met. Those who knew him and worked with him said he took great pride in his work and was an instructor and mentor to numerous other air traffic controllers.

Adams was born in St. Paul, Minn. He joined the U.S. Air Force after his high school graduation in 1979. He proudly served as an air traffic controller and combat controller until his honorable discharge in 1988. He served at the Little Rock Air Force Base in Arkansas and the Myrtle Beach Air Force Base in South Carolina. After the military, Chuck joined the Federal Aviation Administration (FAA) as an air traffic controller. He started with the FAA at Detroit ATCT (DTW), and then worked at Saginaw ATCT (MBS). After that, he worked at Grand Forks (GFK) for the next 23 years. He retired in 2015.

Adams was very active legislatively for NATCA. “Chuck was one of NATCA’s earliest legislative activists,” Executive Vice President Trish Gilbert said. “To this day, I remember being inspired by the depth of his knowledge, his passion for the work, and the amazing relationships he cultivated on Capitol Hill. I am saddened not just by his passing but also that our new generation of activists didn’t have the opportunity to meet and learn from him.”

Retired member Rich Ulmes, who as a member of the National Legislative Committee representing the Great Lakes Region worked closely with Adams, said he was always professional when dealing with the Union’s issues but, most importantly, he was caring. 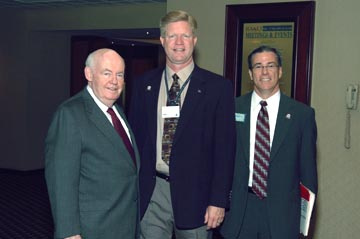 “In addition to being a great legislative activist, Chuck was a true brother,” Ulmes said. “I can remember several times during our NATCA in Washington gatherings when I was feeling stressed or just needed to relax, Chuck was there with his big smile and friendly ways. He would grab me and we would wander off and just talk. He had that calming effect on people. He will be sorely missed.”

Chicago Center (ZAU) FacRep and facility legislative rep Toby Hauck said Chuck was “the definition of professionalism. He always presented himself and our Union in a positive light.  Always calm, always passionate, and always personable. Regardless of the event, Chuck’s unwavering commitment to our profession demanded respect and admiration. We were all very lucky to know and spend time with Chuck. He will be missed and never forgotten.”

Adams also worked as one of the well-respected “pink shirts” at EAA AirVenture Oshkosh for 15 years. It was an annual highlight in his ATC career. The group photo of AirVenture controllers, taken in 2012, includes Chuck at the far right.

“Chuck was my team lead, and I was the rookie of the group with Mike Prokop (Flying Cloud ATCT, FCM) and Eric Dawson (retired member),” said East St. Louis (CPS) member Rick Balinski. “I learned so much from Chuck, and he was not only a great controller, but a great person caring for his team. I always tell the controllers at my facility that Oshkosh should be on everyone’s bucket list. In life though, people should strive to be more like Chuck.” 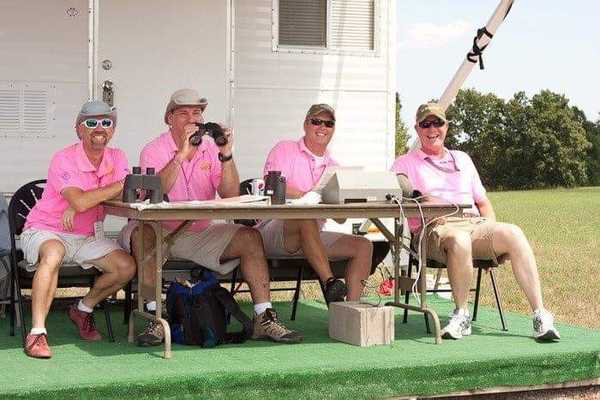 Adams is survived by his wife of 35 years, Ute Purkott Adams; sons, Tony (Jenni) and Michael; grandsons, Archer and Everett; and his mother, Ingrid, all of Cedar Rapids. He was preceded in death by his father, Charles, last year. Ute and Chuck lived in several cities until settling in Grand Forks in 1992, where they would spend the next 26 years together before moving to Cedar Rapids in 2018, to be nearer to their children and grandchildren.

“Chuck was a very proud member of NATCA,” Ute wrote on Facebook in a message to his friends. “I want to thank all of his NATCA brothers and sisters for the kind words and wonderful memories you have shared.”

Ruth Stilwell, who as Executive Vice President from 2000-2006 got to know Adams very well and made several trips to the upper Midwest, remembers one cold trip to Grand Forks in winter.

“He picked me up at the airport in Grand Forks, parka in hand and said, ‘Ute said, I don’t know what kind of ski jacket she says she has, but it is not going to be warm enough,’” Stilwell recalled. “She knew this Florida girl couldn’t be ready.”

Adams had just shaved his head as part of a fundraiser and noted to Stilwell that, “you don’t really know how much warmth your hair provides until you don’t have it.” Stilwell said it was typical Adams that it was “cold enough that he had to clothe others, but not so cold that he wouldn’t shave his head to help someone.”

In tribute to Adams on his Facebook page, Stilwell wrote, “Oh Chuck, the world is less without you in it. You were one of the kindest, warmest, good-hearted people I know.”

A Memorial Service will be held at noon on Saturday, April 27, at Murdoch Funeral Home & Cremation Service, in Marion, Iowa. Military Honors will be provided after the service by Offutt Air Force Base Honor Guard.

In lieu of flowers, memorials are requested to the Hospice of Mercy or the Dennis & Donna Oldorf Hospice House of Mercy, in Hiawatha, Iowa.

To read a tribute wall and offer your remembrances, please click here.