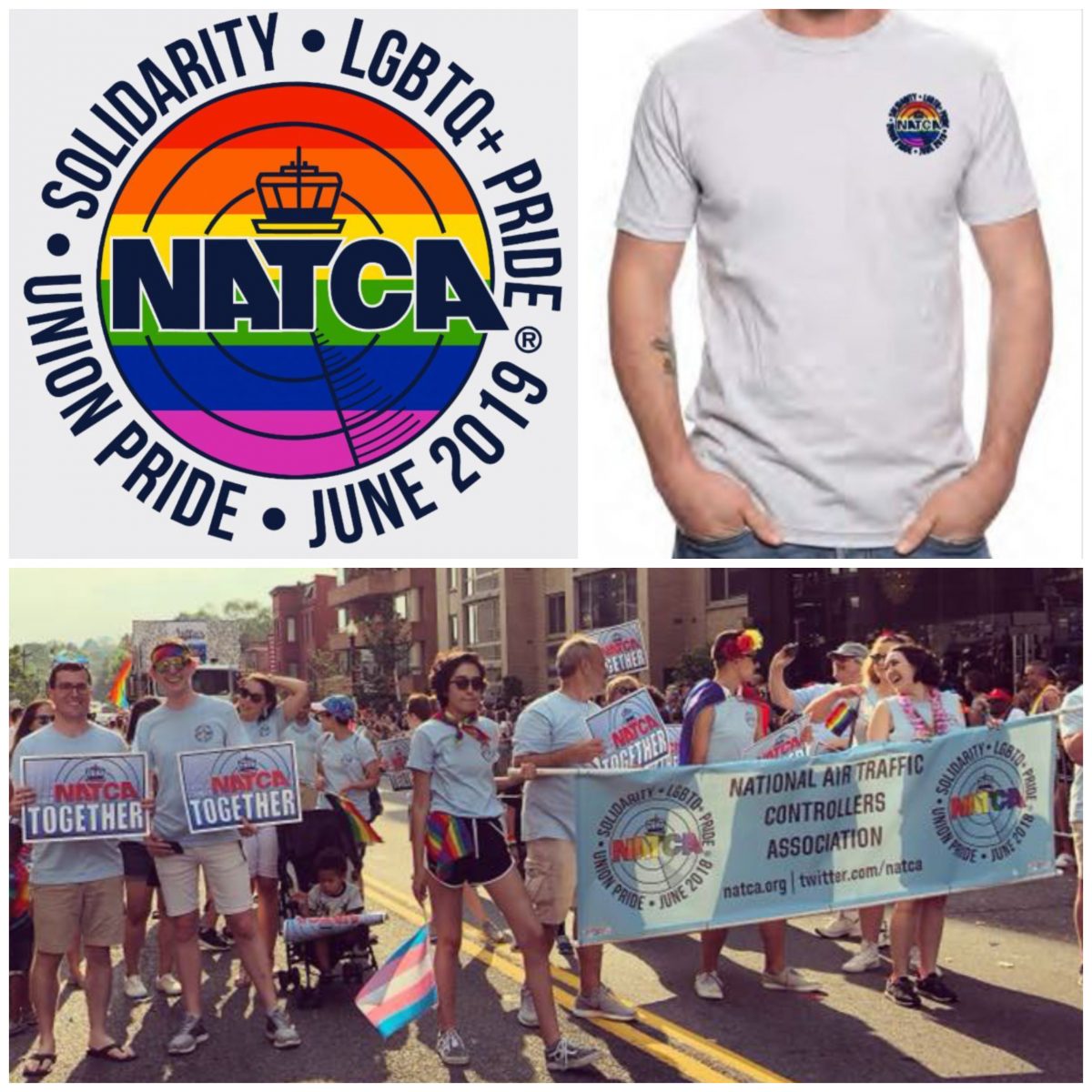 NATCA is helping members and staff who want to join 2019 LGBTQ+ Pride celebrations in Washington, D.C., and in other communities around the country.

Shirts for Charity: We will again sell NATCA logo Pride T-shirts in our Union’s store. Each shirt sold will include a $10 donation for The Trevor Project. Trevor is a national nonprofit that provides crisis intervention and suicide prevention services to LGBTQ+ young people. Trevor also offers guidance and resources to parents and educators in order to foster safe, accepting, and inclusive environments for all youth. The 2019 T-shirts will be a platinum color. They are union-made in the U.S. and union-printed. In addition to the short sleeve T-shirts we sold last year, we plan to sell tank tops. We are accepting orders now, so you can receive them in time for your June Pride events. The NATCA Charitable Foundation once again agreed to match the dollars raised for charity on the sale of the first 100 Pride shirts with an additional $1,000 donation to Trevor Project. In 2018, through the sale of NATCA Pride shirts with the matching NCF donation, we raised $4090 for Trevor Project. With your participation, we hope to raise an even greater amount in 2019.

D.C. Pride Parade: In addition to arranging shirts, NATCA once again is arranging a contingent in the Capital Pride Parade in Washington, D.C., on Saturday, June 8. In addition to marching, we plan to have a float in the parade. All NATCA members and their family and friends who plan to be in Washington that day are welcome to join us for the parade. We will provide a shirt to anyone joining NATCA in the D.C. parade.

Pride Events in Other Cities: In addition to the Capital Pride in D.C., our Union wants to help any NATCA members who want to organize groups from their locals to march in LGBTQ+ Pride parades in their communities around the U.S. We will print and ship a banner to any any local organizing a contingent and ordering shirts for their group.