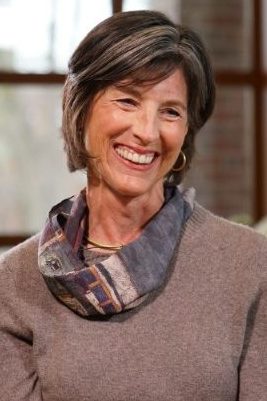 “I remember saying, ‘What’s so good about the way things are?’” Branaman said in a 2016 recollection of that notable conversation. “She agreed. Women bring something different to the conversation. I advocated for things that mattered to me. Things to make controllers’ lives better and that would promote security and dignity.”

To that end, Branaman brought in the Aviation Medicine Advisory Service, then-named Virtual Flight Surgeons, and began the movement that has become Professional Standards which, at the time, was considered what she described as “practically traitorous.” She also pushed for immunity in reporting safety problems. At that time, these endeavors were not particularly embraced, but she said she was gratified to see that their time had come and that they were now sewn into the fabric of NATCA.

Branaman, a dedicated air traffic controller, beloved sister, union activist, Northwest Mountain (NNM) Regional Vice President, and friend, passed away on the morning of June 5, after a long battle with a rare cancer called neuroendocrine carcinoid tumor which strikes only one out of every 100,000 people. She was 67. Branaman served as vice chair on the board of directors for the Neuroendocrine Tumor Research Foundation.

“NATCA mourns her passing and extends our deepest condolences to Carol’s family and friends,” NATCA President Paul Rinaldi said. “The energy she gave to the National Executive Board (NEB) was boundless, and the leadership and devotion she showed were inspiring to Northwest Mountain Region members. She supplied a fresh, groundbreaking, and incredibly strong and dedicated voice to our Union at a time when we were growing and building our collective spirit and deep bonds of solidarity. Our Union is what it is today because of amazing leaders like Carol.”

Branaman gave her time, talent, energy, and leadership skills to NATCA to better the lives and careers of her fellow controllers and aviation safety professionals. In 2000, Branaman, a member at Denver Centennial ATCT (APA), was elected as NNM RVP. She joined Executive Vice President Ruth Stilwell, also elected in 2000, as the first two women to serve on the NEB. Branaman served two three-year terms.

“I take some pride in that,” Branaman said shortly after the election. “I think it’s an evolution whose time has come. There’s something to be gained by someone with a different perspective.”

Although Branaman was happy to see that female representation in the Union’s leadership, she says it was not the reason she campaigned for the position. “There’s a point at which an organization has to decide that it’s a union – principally, to make it a union rather than a loosely knit group of regions, all of which were going their own way,” she said.

Stilwell said Branaman was “a dedicated and talented activist who cared deeply for our members, and in a field of big facilities, she always brought the views of our members from stand-alone towers to the table. She made sure every controller was part of the discussion.”

Rodney Turner, who served with Branaman on the NEB from 2000 to 2003 when he was Southern RVP, said she was always the voice of reason in the middle of groups of union discussions largely comprised of men who often were motivated by aggression and anger.

“No classier person has ever held office,” Turner said. “What a loss.”

Branaman inspired other NATCA leaders who came after her, including Trish Gilbert, who has served as NATCA’s Executive Vice President since 2009.

“As a NATCA activist, I could not help but be in awe of Carol’s leadership, tenacity, thoughtfulness and profound insight into NATCA’s strategy and journey,” Gilbert said. “Due to her hard work and dedication, our beloved union is stronger, prouder and more diverse today!”

Branaman had been a union member most of her adult life. The FAA hired her at Daytona Beach Tower/TRACON (DAB) in 1975, and she later became a FacRep in the Professional Air Traffic Controllers Organization (PATCO). As one of the first women in the tower, she encountered unique, and often petty, issues. The manager’s daughter accompanied Branaman to lunch on her first day at work because, the young woman explained, her father didn’t know what to do with his new female employee. When Branaman issued clearances to pilots, she often endured long silences before hearing the incredulous response, “Is that a girl talking?”

Branaman transferred to APA in May 1981 after resolving not to strike, a decision prompted by her perception that the impending walkout (in August 1981) was more about the leadership than the membership. Though not involved in organizing NATCA, she joined the Union after it was certified in June 1987 and ultimately became the FacRep at APA.

One day, Branaman saw an opportunity NATCA posted, advertising for prospective members interested in becoming arbitration advocates. Her manager called the then NATCA chief counsel to suggest they scoop Branaman up because she adamantly spurned any of his attempts to persuade her to apply for a management position. Naturally, when the leaders at NATCA heard who recommended Branaman, they were sure she was a plant.

“I hear I caused a big argument (not the first, and not my last!),” said Branaman. “But somehow they decided to give me a shot and my activism had begun. I went on to an advanced advocates class in spite of being warned that my lack of experience would make it impossible to keep up. Those predictions annoyed me, so I signed up anyway.”

After the class, Branaman was selected in 1997 by then NATCA President Barry Krasner to the contract team that spent a year negotiating with the FAA on a landmark collective bargaining agreement known as the “Green Book.” As usual, she said, she was the only woman among very competitive Type A personality men.

“My colleagues were among the finest intellects in NATCA and it was fun, contentious, grueling, and invigorating,” Branaman said.

That agreement, combined with the separate effort to reclassify pay, was one of the most historic milestones in NATCA’s history. It marked the first time that a controller’s union negotiated pay with its employer. The new system tied pay to air traffic operational complexity.

“Carol was a class act, incredibly intelligent, and always a powerful advocate for all NATCA members and especially those from smaller facilities,” said Andy Cantwell, who served with Branaman both on the Green Book contract team, and on the NEB from 2003 to 2006 when he was Southern RVP. “Carol was the lone female among a group of alpha males. She always spoke quietly and calmly, but we all listened and paid attention. She kept us grounded, and her English degree (from the University of Maryland) and knowledge of the English language kept us out of trouble with contract language on many occasions. She also never let us forget that NATCA is made up of many different levels of facilities and helped the whole team ensure that the language we wrote didn’t leave anyone out.”

President Emeritus John Carr was also elected in 2000 and served as President during the same six-year period as Branaman on the NEB. He was also on the Green Book contract team. He called Branaman “a visionary leader with the fire of a FacRep.”

“Carol’s work during FAA Reform was critical to NATCA’s successes during that era and with Ruth Stilwell, Carol shattered NATCA’s glass ceiling, providing years of transformative national leadership,” Carr said. “Her legacy shines bright in today’s activists. She will be missed.”

“NATCA is only in a position of strength because of people like Carol,” Navarro said. “She is the exact example that we should strive to be. She broke down barriers and never let others define who she would be. She put herself out there when norms said she couldn’t. Carol was a leader.”

Retired Seattle Center (ZSE) FacRep Troy Harrison said the one word that described Branaman was “class,” and noted that Branaman was “highly respected by everyone.” Her first term as NNM RVP took place as pay reclassification was rolled out and she led the regional arbitration team. “She was very successful in getting arbitrators to favor NATCA on grievance disputes,” Harrison said.

Branaman was an early and strong proponent of collaboration. In 1991, an effort called Quality Through Partnership began as an experiment in which groups of managers and union members had to agree on issues before they could be implemented. Acceptance came slowly for some and not at all for others. Branaman contended that it opened doors for the Union. “Everyone maligns QTP, but it was a huge leap for the FAA,” she said. “In many ways, it gave the Union tremendous influence that it never had before. It was the first time they acknowledged the Union had a role in everything that affected the facility.”

Branaman was also called a visionary by some of her colleagues when she authored a paper proposing the adoption of professional standards. “It’s a theory by which peer assessment is much more effective than the top-down hierarchy that we’ve got going,” she said at that time. “You have to function in teams, teams who care about one another and who are responsible for one another.”

Branaman thought the whole thing was introduced before its time. “It takes the Union into a gray area. It’s uncomfortable for people. But it’s where we’re going, where we have to go.”

Former NNM Legislative Rep Denise Spencer (ZSE) said Branaman “was very inspiring to me and I looked up to her immensely.”

In 2016, as NATCA celebrated Women’s History Month, Branaman wrote a column for the NATCA Insider where she offered what she called her “takeaways for women in NATCA.” In addition to the wisdom gained from her discussion with Garvey, Branaman wrote the following:

On May 15, 2001, Garvey spoke at NATCA in Washington and mentioned Branaman by name as she touted the Green Book, a new climate of what she called “constructive collaboration,” and an improved labor/management relationship. Garvey credited NATCA with making every initiative better because of its participation.

Garvey then stated, “As Carol Branaman said, ‘When I leave our profession, I want it to be better.’”