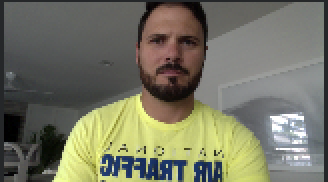 Atlantic City ATCT (ACY) FacRep TJ Woodyard (top left in photo) had a virtual meeting with New Jersey Congressman Donald Payne, Jr. “I thanked him for his long-standing support for our cause, and gave him an update on our situation in Atlantic City,” Woodyard said. “He responded with his sincere gratitude for our participation and support. It was a pretty somber event in light of the loss of Congressman Lewis, and Congressman Payne took a fair amount of time to address that loss and his feelings on the legacy that Congressman Lewis leaves behind.”