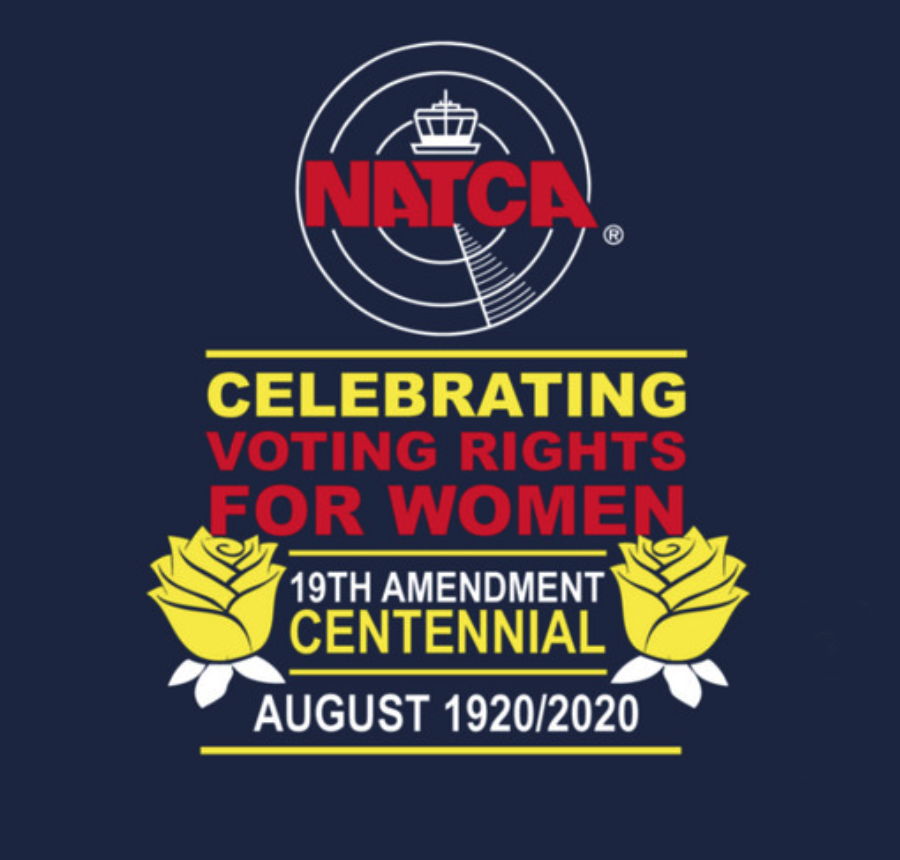 Aug. 18 was the 100-year anniversary of the 19th Amendment to the U.S. Constitution that gave American women the right to vote. The amendment went into effect on Aug. 26, now celebrated each year as Women’s Equality Day.

NATCA and the NATCA Charitable Foundation have created a special edition T-shirt to mark this centennial anniversary. The shirt graphic features yellow roses. 100 years ago, supporters of the 19th Amendment wore yellow roses during their campaign to achieve voting rights for women. A portion of the sales of each shirt will benefit the League of Women Voters (LWV).

The LWV was founded in 1920 to support the new women suffrage rights and help women take a larger role in public affairs after they won the right to vote. The LWV is officially nonpartisan and neither supports, nor opposes candidates or parties. Today, the LWV operates at the local, state, and national level, with over 1,000 local and 50 state leagues.

The shirts are available in a women’s specific version in black only and in unisex version in dark blue only. Click here to view details and purchase the shirts.