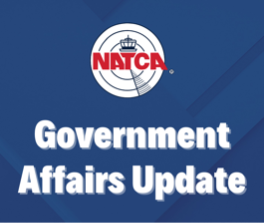 The second session of the 117th Congress convened last week in Washington, D.C.

Last year, Congress passed or considered several bills that directly affect NATCA members. Most notably, the bipartisan infrastructure bill was signed into law. This bill includes $5 billion for air traffic control upgrades and represents a major victory for our Union and our legislative activists around the country.

Here are a few more NATCA legislative achievements from 2021:

Looking ahead, Congress has a lot on its “to-do” list, including finalizing fiscal year 2022 appropriations and the FAA budget (funding is set to expire on Feb. 18). Congressional leadership has signaled it will attempt to pass voting rights legislation, as well as President Biden’s top priority, the Build Back Better Act. NATCA’s Government Affairs Department also expects initial discussions about the next FAA reauthorization bill which will begin later this year. Given that the midterm elections are quickly approaching, we anticipate an action-packed year as lawmakers look to tout their legislative accomplishments to voters who are looking for leadership from their elected officials on Capitol Hill.

As 2022 gets underway, NATCA will continue to be at the table as Congress navigates a diverse legislative agenda and cultivates relationships on both sides of the aisle to preserve our “NATCA Majority.”