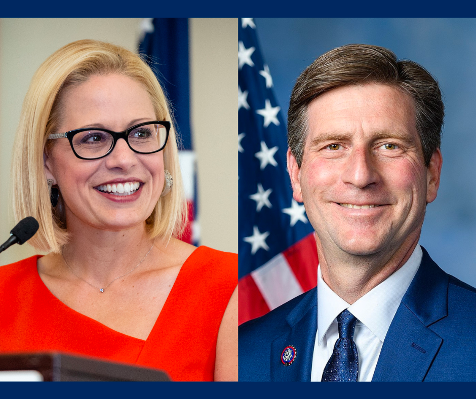 Phoenix TRACON (P50) member and National Legislative Committee (NLC) Western Pacific Region (NWP) Rep David Skarphol recently attended an event with Arizona Senator Kyrsten Sinema. “When I saw her, she immediately told me she had a great call with NATCA President Rich Santa earlier in the week,” said Skarphol. “We then spent time reminiscing about when she and I first met in 2011 and NATCA’s early support for her House campaign. I also interacted several times with her Chief of Staff Meg Joseph. Joseph is very interested in seeing what it’s like to be a controller, and we are making plans for her to tour P50 in the summer.

“During that same weekend, I was able to attend an event with Arizona Congressman Greg Stanton. The congressman found me after his speech and thanked NATCA and the Arizona aviation safety professionals for our continued support. He introduced me to New York Congressman Hakeem Jeffries who was in attendance and knew who NATCA was and thanked us for the work we do keeping the flying public safe.”